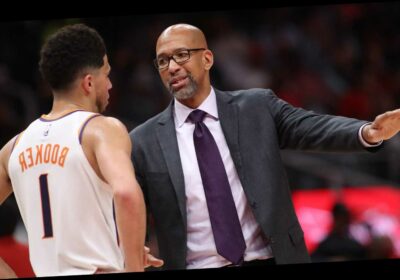 Every year, the 30 NBA head coaches make a decision that can be more difficult than drawing up a play, managing personalities or handling a rotation. They vote for the NBA All-Star reserves in the Eastern and Western Conference.

That explains why Malone initially said he delegated his votes to his two daughters. Malone stressed he was joking so NBA Commissioner Adam Silver would not think he was not taking the voting process seriously. Who could blame Malone, though, for considering such an option?

A handful of NBA coaches conceded they agonize every year about making the right selections.

"It’s a very difficult position to be in," New York Knicks coach Tom Thibodeau said. "When you look at all the players that are having All-Star type years, you know there’s not enough spots."

For the first 24 NBA All-Star Games, a panel of sportswriters and broadcasters selected each conference’s starting lineups and three bench players. Coaches then filled out the rest of the roster, which grew from 10 players to 12 in 1961. Fans first voted for starters in the 1974-75 season, and it has since evolved into calculating the fan vote (50%) along with select media members (25%) and players (25%). Each conference’s respective head coaches select the seven reserves.

Each coach is forbidden from voting for their own players to eliminate any self interest. Yet, coaches said they still agonize over the decisions for a few reasons.

A few argued that the roster size should increase from 12 to 14 or 15.

"Five of them are pretty easy almost every year. It’s kind of a no-brainer," Portland Trail Blazers coach Terry Stotts said. "When it comes down to the last two spots, that’s when it’s tough."

Teams have played games every other day during a compressed 72-game schedule in the middle of a pandemic. That has left them consumed with following the league’s health and safety protocols while squeezing in whatever practices and film sessions they can before the next game.

"You’re not as locked into the rest of the NBA. I’m just not," Orlando Magic coach Steve Clifford said. "You’re scrambling to get ready for the next game. So there are some guys you haven’t seen as much. The teams you played, you have a better idea of who they’re playing. But then the other guys, you don’t."

Coaches are also aware of the impact an All-Star nod can have on a player's career.

How do the NBA coaches try to establish fairness?

"Most coaches look at win-loss records as a major criteria," said Dallas Mavericks coach Rick Carlisle, the president of the National Basketball Coaches Association. "Then you get into some tough decisions."

Consider the mixed picture the majority of NBA coaches selected as reserves.

Devin Booker is the most disrespected player in our league!!! Simple as that.

The NBA has kept the coaches’ votes confidential. Unlike the fan, media and player vote for the All-Star starters, the NBA does not release a tabulated breakdown for the league’s reserves. And unsurprisingly, most coaches declined to reveal their current and past vote selections.

Washington Wizards coach Scott Brooks became the lone exception. In 2011, Brooks steered away from strictly evaluating players on their teams' win-loss records because he became enamored with Kevin Love, who had a four-month streak of consecutive double-doubles through 53 games, the longest NBA streak in 37 years. Love accomplished the feat during his third season with the Minnesota Timberwolves, which eventually finished with the NBA’s worst record (17-65).