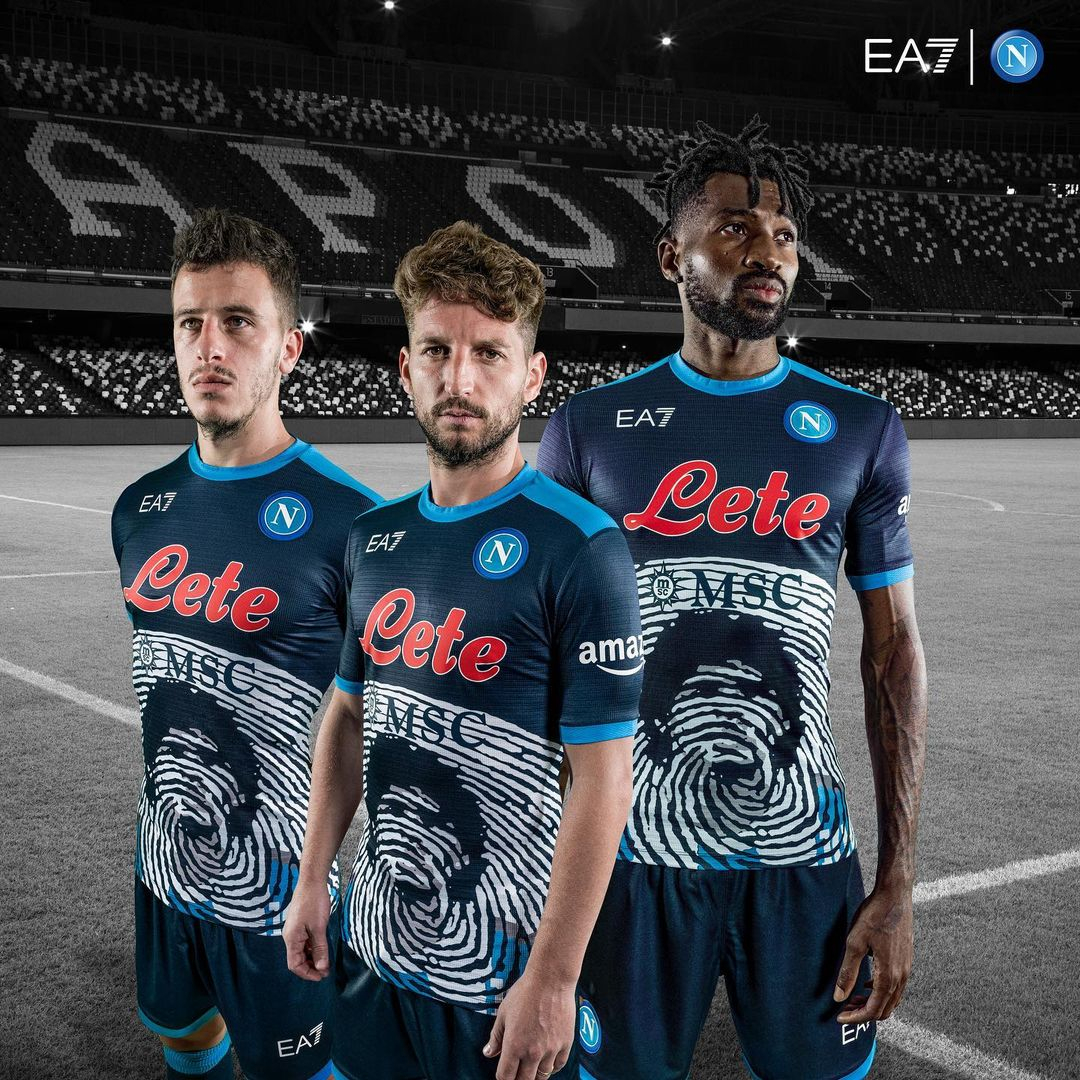 And the Serie A giants are marking the occasion with a special jersey emblazoned with the World Cup winner's image on the front with a huge fingerprint.

The Blues will show off the kit, called 'Maradona Game', for three games – against Verona (Sunday, November 7), Inter (November 21) and Lazio (November 28).

The limited edition shirt is available in three different colours, with only 1926 per design in honour of the year the club were founded.

A proportion of all sales will go to charities of Napoli's choice.

Napoli fans were left devastated last year when it was announced Maradona had died after suffering from illness.

Various vigils appeared throughout Naples, as the locals mourned their most famous player.

Maradona had a special bond with them, after arriving from Barcelona in 1984.

In his seven years with the club, he helped them win Serie A twice, the Coppa Italia and UEFA Cup.

Last week, the club paid tribute to Maradona on October 30 – a day that would've been his 61st birthday – with a moving tribute on social media.