N.F.L. Salary Cap to Rise as Much as 14 Percent in 2022 Amid Pandemic Rebound 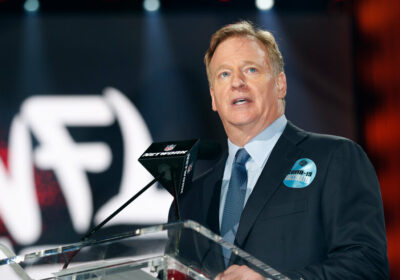 The N.F.L. and the N.F.L. Players Association on Wednesday agreed to raise the salary cap by as much as 14 percent, to a maximum of $208.2 million, for the 2022 season, according to a person with direct knowledge of the agreement, a sign that the league is quickly rebounding from the financial havoc caused by the coronavirus pandemic last season.

The person spoke on condition of anonymity because the agreement had not been announced.

After losing roughly $4 billion in revenue last season because of prohibitions on fans attending games, the league and the players’ union agreed to cut the salary cap — or the maximum amount teams can spend on player payroll — by 8 percent, to $182.5 million, for the 2021 season. This was only the second time the cap had been lowered since the spending limit was introduced in 1994. For the 2020 season, the salary cap — which was based on revenue from 2019 ticket sales and from preset 2020 media-deal numbers — was $198.2 million.

Once the lost revenue from 2021 was calculated, the owners and the union — which split the revenue each year, with about 53 percent going to team owners and 47 percent to players — agreed to reduce the salary cap’s growth over several years rather than take a more drastic decline for one or two seasons.

But now it seems that the cap will rise roughly as was expected before the pandemic.

N.F.L. revenue appears likely to rebound more quickly than anticipated, for several reasons. In the coming season, the league will add a 17th regular season game, which will generate more ticket revenue for teams. Also, nearly all of the 32 teams have announced plans to host full-capacity crowds at their games this fall. The league drew just 1.2 million fans last year, down from about 17 million before the pandemic.

The league also plans to return to playing several games outside the United States in 2021, after canceling all international travel last season.

“We do expect a more normal experience” this season, Commissioner Roger Goodell said on a conference call with reporters.

The N.F.L. also expects more income from its new media contracts, including the sale to Amazon of the rights to show Thursday Night Football starting in 2022. Amazon agreed to pay an estimated $1.1 billion per year for 10 years to show those games, about 35 percent more than Fox, which is entering the final year of its agreement.

Many of the other new media agreements that the league secured in March, with CBS, NBC and other networks, do not begin until the 2023 season, all but ensuring that the salary cap will continue to grow in the coming years.

The league typically announces the salary cap for the upcoming season at its owners meeting in December. The $208.2 million cap for the 2022 season presumes all games will be played in full stadiums. If those plans change, the cap might be lowered.

Separately, the N.F.L. owners, in a one-day meeting on Wednesday, approved limits on team rosters. Teams will be able to invite 90 players to training camps when they open in late July. The rosters will have to be cut to 85 on Aug. 17, 80 on Aug. 24 and 53 on Aug. 31, after the third and final preseason game.

Goodell declined to say what percentage of players were currently vaccinated. The league and union agreed to loosen restrictions on players who are vaccinated, in hopes of increasing the number of people who are inoculated. The league said that more than 90 percent of essential staff members on 30 of the 32 teams had already been vaccinated.

The owners also approved an expansion of the prohibition against blocking below the waist. Players will now be penalized if they block an opponent below the waist beyond 5 yards on either side of the line of scrimmage and more than 2 yards outside of either offensive tackle. The rule is designed to reduce the risk of knee and ankle injuries.