Home » Sport » My bracket has a final score tiebreaker. What should I write in?

My bracket has a final score tiebreaker. What should I write in? 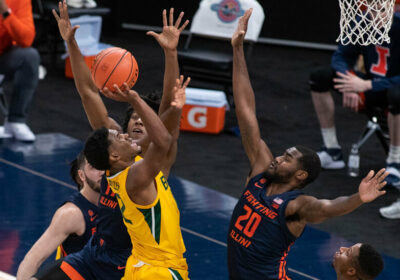 After you’ve chosen the winners of 63 games — scientifically, of course — most bracket contests put one last obstacle between you and your expected winnings: a tiebreaker question that asks you to predict the final score of the championship game.

(Some contests ask for each team’s score, while others ask for a total combined score.)

The chances are probably low that your pool’s winner will be determined by the tiebreaker. But you’re determined to win, so you need to make sure you get this one right.

The median total combined score was 144, and the average was 141.

The averages were dragged down by the low-scoring championship game in 2011, when Connecticut beat Butler, 53-41, in what was generally considered one of the lousiest title games in recent memory. If you want to exclude that outlier, you could add one or two points to the numbers above.

That said, many people think Gonzaga will be in the championship game this year — and the Bulldogs have averaged 92.1 points per game this season. Baylor and Illinois, two other No. 1 seeds, average 84.4 and 81.4 points.

The women’s title-game scores show bigger gaps between the winners and losers: the median scores were 74.5 points for the winning team, 59 points for the losing team and 133.5 total combined points. But given the parity between the top-seeded teams this year, perhaps a tighter final will be in store.