Melbourne Victory boss Kevin Muscat should relish the chance he gets to pick from a nearly full squad for the Melbourne derby on Saturday night.

It might – depending on how Graham Arnold decides to set up the Socceroos in the forthcoming Asian Cup in the UAE – be the last chance Muscat gets to field his strongest XI for a month.

Midfielder Terry Antonis has been in sparkling form this campaign, energised by the presence of Keisuke Honda and Ola Toivonen, and has been chipping in with goals as well as plenty of assists. 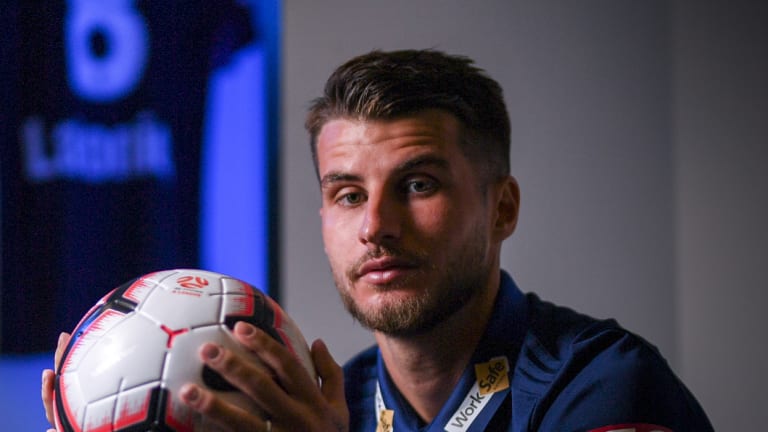 His good form has seen him widely tipped as a potential member of Arnold's Socceroos squad for the competition in the UAE next month, and if he was picked he would leave a big gap despite the strength in depth Muscat has at his disposal.

Thomas Deng, the youthful defender, has been involved in recent Arnold Socceroos camps, squads and games, and he too has to be a chance to be called up for the Asian Cup 23 or the extended squad that will travel to the Middle East to help with preparations before the opening game on January 6.

James Troisi scored the winning goal in the 2015 Asian Cup final in Sydney when the then Ange Postecoglou-coached team got the better of South Korea in extra time.

He was left out of the World Cup squad by Bert van Marwijk, Postecoglou's successor and Arnold's predecessor, but he has been playing well this season, like Antonis inspired to new heights by the quality international players around him.

He is an outside chance to make the squad, but given injury concerns with Aaron Mooy and Tom Rogic, he could at least come into calculations.

The Asian Cup group is due to be named in the next few days, with players expected to come into camp on Christmas Day after next week's round of A-League matches.

Australia's first game in the UAE is against Jordan on January 6, so the team would be expected to travel to the Middle East in late December.

If Victory do lose any players they will, depending on how far Australia goes in the tournament, be absent for five or more weeks – the scenario should the Socceroos go all the way to the final on February 1 once more.

The Socceroos could reasonably be expected to at least make the quarter finals, which take place on January 24 and 25, so that would rule any Victory players out of seven A-League fixtures, as Muscat's team has games on December 28, January 5, 9, 12, 15, 20 and 26th.

So the vaunted strength in depth would be sorely tested in that scenario.

The team has been in excellent form in the first eight rounds of the A-League season, winning six of its matches (all in succession after two early losses) and setting the pace along with Perth Glory.

Victory's 4-2 demolition of Brisbane in a rain-soaked, topsy-turvy match in Queensland on Friday night demonstrated their range of threats and ability to control the tempo of a match when circumstances suit them.

Saturday night's clash with Melbourne City will be the usual frenetic, keenly contested derby where passion, commitment and energy will be key components for any team seeking the win.

City were able to catch Victory cold in round one with a 2-1 win at Marvel Stadium, and Muscat and his team are still smarting from that defeat.

The coach will have virtually all his top players at his disposal on Saturday night – Raul Baena, the Spanish midfielder, is expected to step up training after missing out with a hamstring injury in recent games, but  German defender Georg Niedermeier is still in doubt having missed last Friday's trip to Brisbane.