TOTTENHAM boss Jose Mourinho has revealed he splashed out £500 on a leg of ham for new-signing Sergio Reguilon.

Spanish outlet 20minutos claim the Special One gifted the defender cured ham as a reward for keeping Riyad Mahrez quiet in Spurs' 2-0 win over Manchester City. 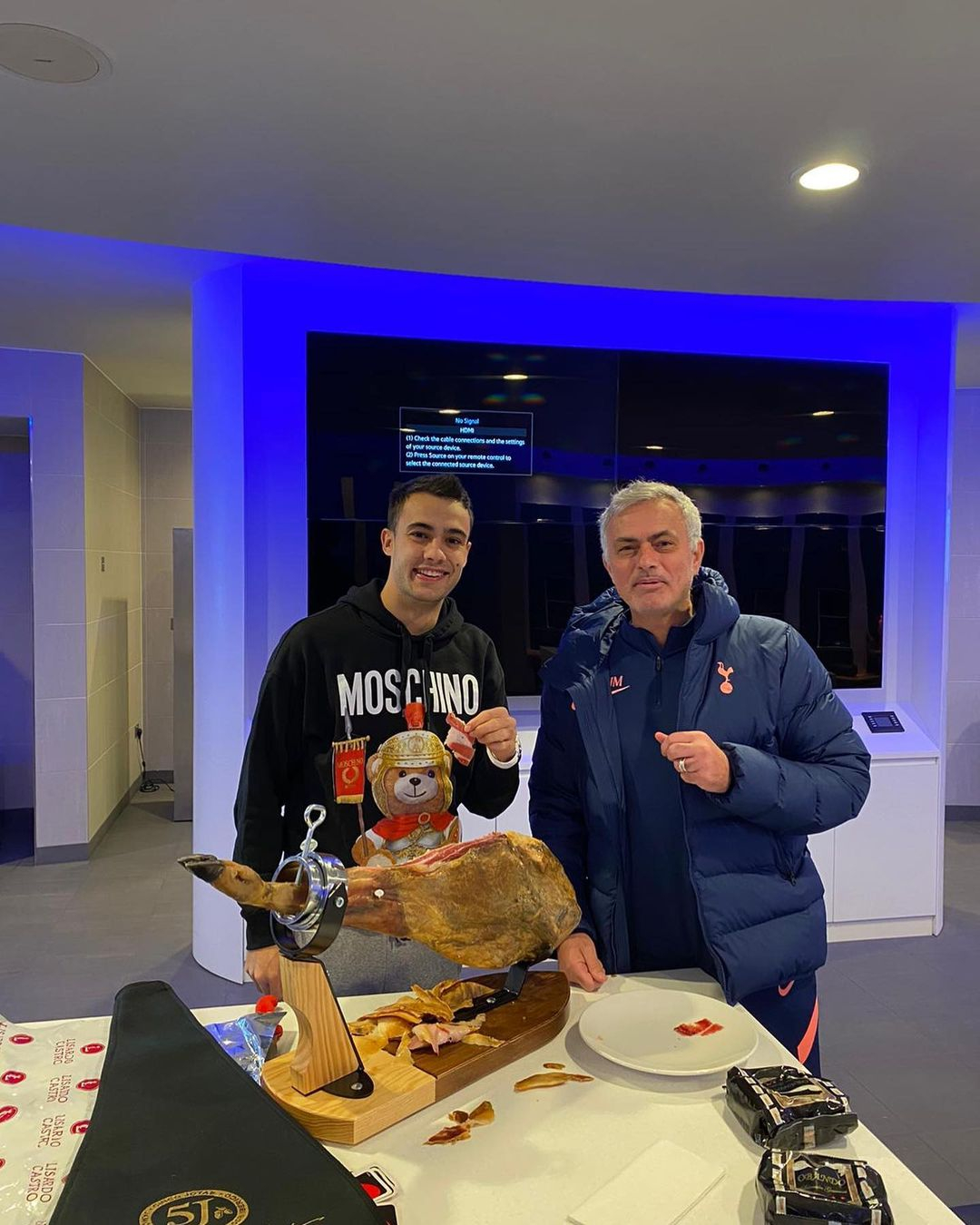 Reguilon won his personal battle with the Algerian on Saturday, with the winger failing all four dribbles he attempted on the ex-Real Madrid star.

Other reports, as per Sport Witness, claim it relates to the 23-year-old's prediction that Tottenham would beat City.

Either way, Mourinho has since confirmed he was forced to dip into his own wallet to fulfill a promise to his left-back.

The Portuguese boss shared a photo of him and Reguilon in front of a table appearing to feature a giant joint of Iberico ham – a traditional meat of both their countries, Portugal and Spain.

A promise is a promise. It costed me £500 but I keep my promises

Mourinho captioned the picture: "A promise is a promise. It costed me £500 but I keep my promises."

Fans found the post hilarious, with one replying: "Jose should be charging us for his Instagram subscription."

A third added: "Did Reguilon get rewarded for turning down Real Madrid's buyback clause."

Reguilon, who has impressed since joining Spurs in a £28million deal, recently hailed Mourinho for helping him transition to life in north London.

He told Spanish TV station El Chiringuito: "Mourinho impressed me a lot. Since I was kid I really liked him, I like his intensity in training.

"I would like if people saw him as I see him now. He is the first to be serious and ask more from us but when it's time to fool around, he is also the first."