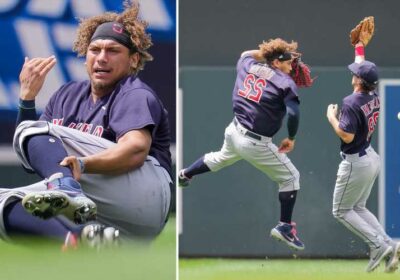 CLEVELAND INDIANS star Josh Naylor was left with a horrific dislocated ankle after colliding with his own team-mate.

A fly ball during Sunday's MLB game with the Minnesota Twins led to the outfielder racing in at full pelt to make the catch. 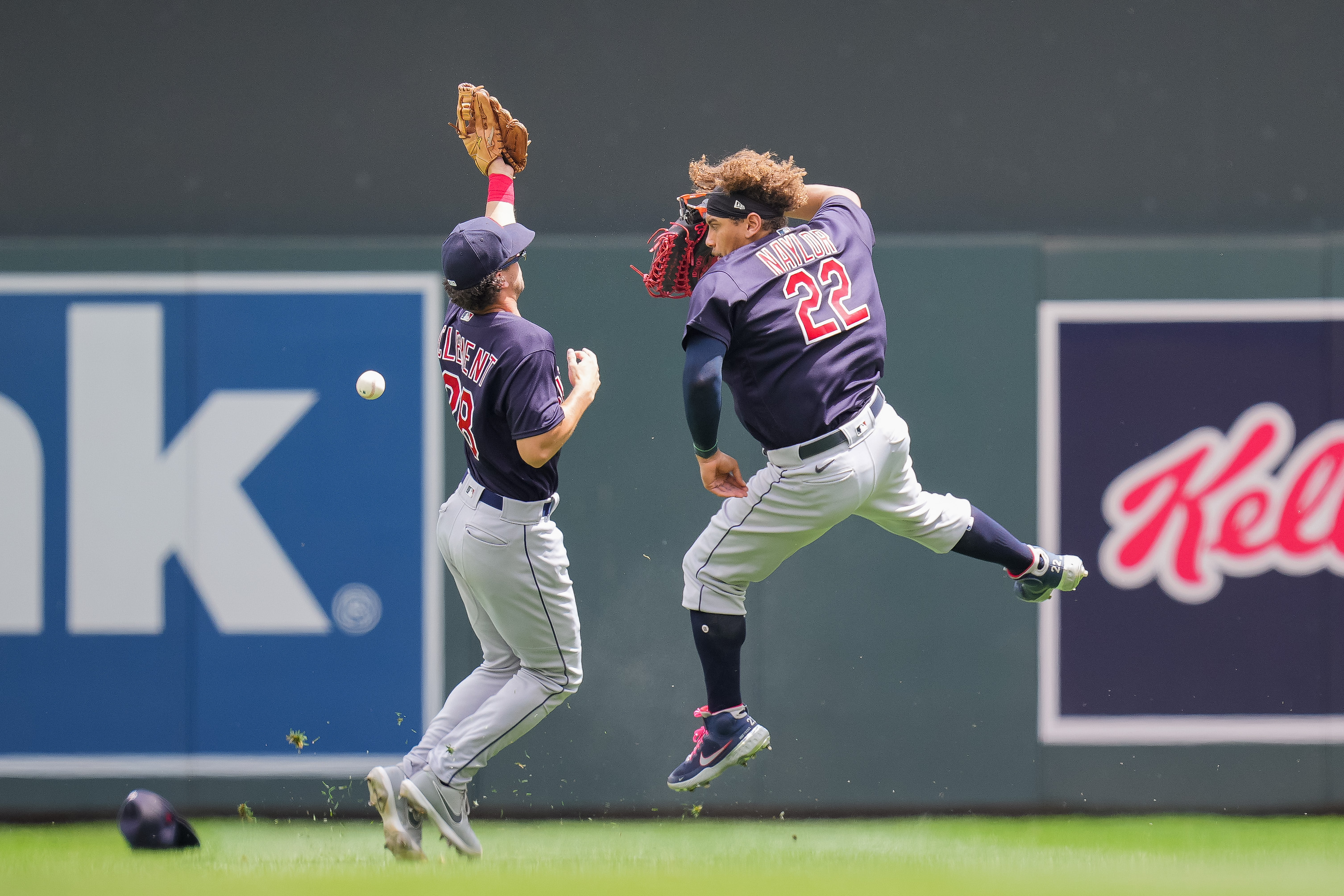 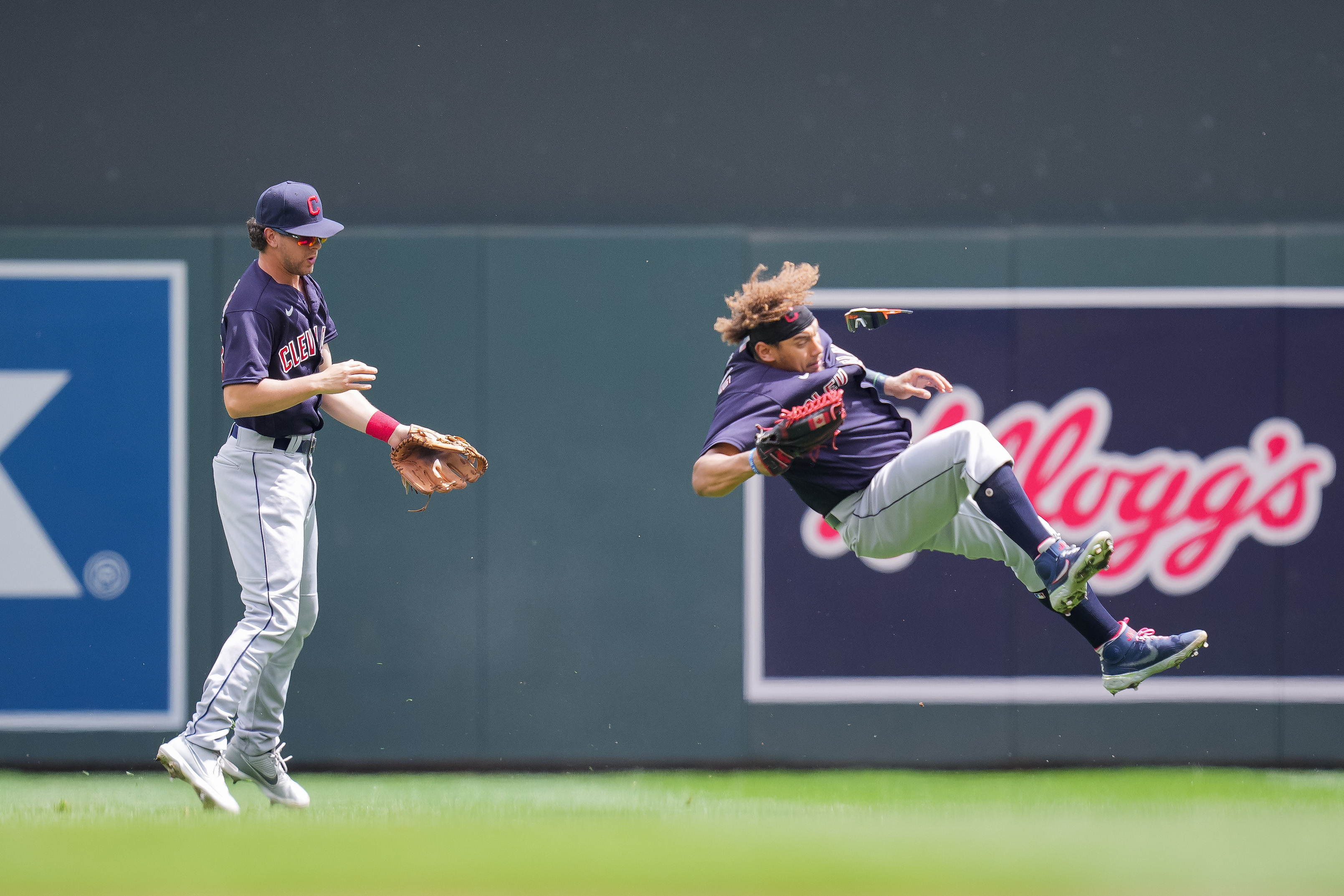 However, infielder Ernie Clement also had his eye on the ball as it momentarily landed in Naylor's glove before they crashed into each other.

Clement somehow stayed on his feet after the high-speed bump and suffered just a cut on the chin having sent the 225lb, 6ft 1in Canadian tumbling.

Naylor rolled in the air before landing in a terrifyingly awkward manner, trapping his right foot underneath his body.

Team-mates rushed to his aid as the physio began treatment, which delayed the game for 12 minutes.

Naylor, 24, was taken to Hennepin County Medical Center in Minneapolis and the Indians later confirmed he had suffered a dislocated ankle and closed fracture.

The injury occurred in the bottom of the fourth inning at Target Field and the Twins added on three runs immediately afterwards, winning 8-2.

Team-mates were left in shock by the incident, not least Clements who remained with Naylor as he was treated, and completed the game having taken a moment to compose himself in the dugout.

Centre-fielder Harold Ramirez told reporters after the game: "I was really in shock.

"That’s not an easy play, everybody is coming at the same time at full speed. I don’t think everybody had time to react.

"I was just trying to help [Clements] because he [cut] his chin. He was bleeding a little bit and he was obviously shocked by what happened and was saying that it was his fault. 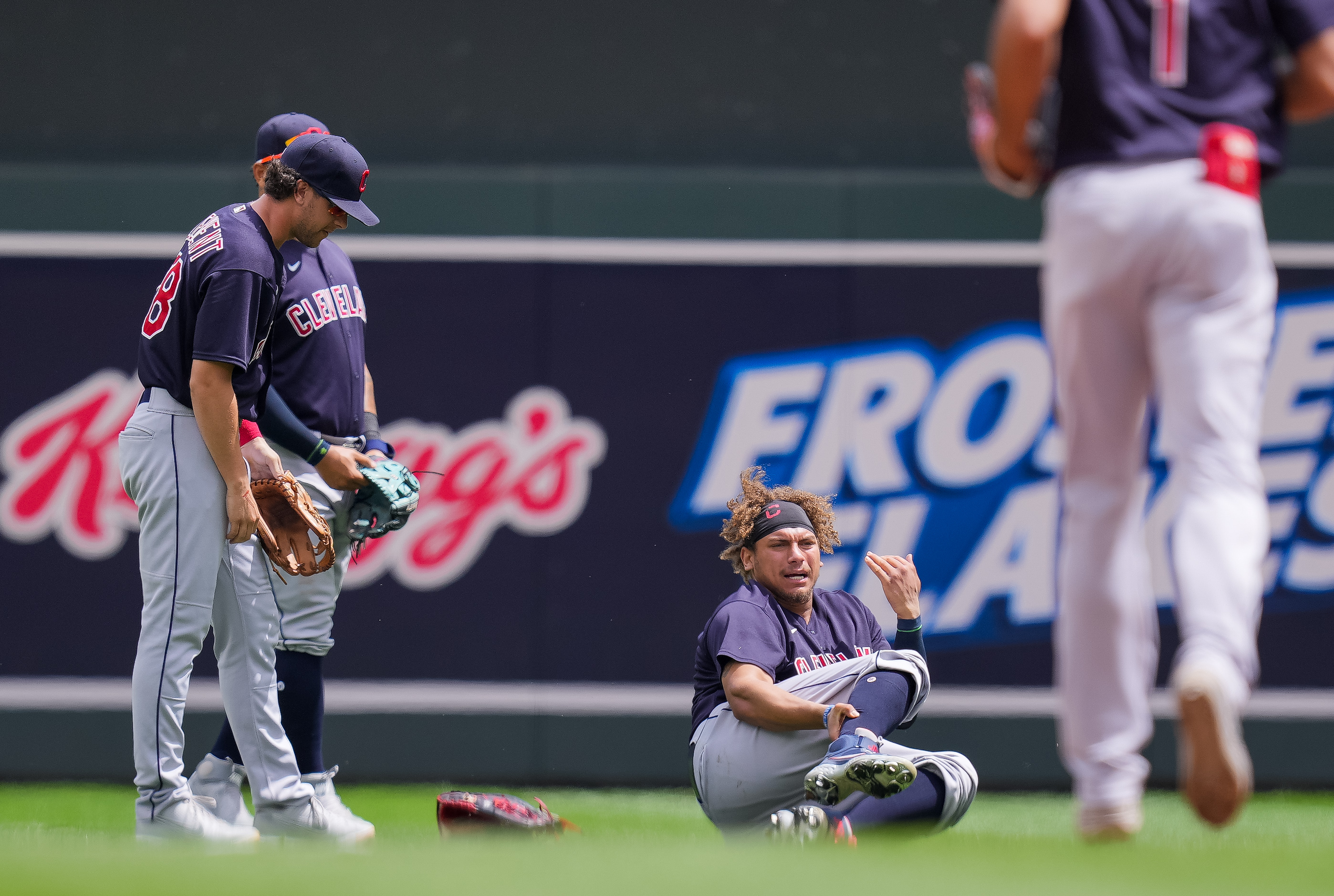 "I was just trying to remind him that it wasn’t his fault and trying to help him to come to the dugout to get treated."

Naylor has been a solid part of an Indians team currently second in the AL Central division, hitting seven home runs.

Ramirez added: "He’s a great team-mate. He has a lot of energy.

"As we know he’s very energetic and he’s always rooting for us. He’s always supporting us. We’re a very united group, so obviously this is a big loss."