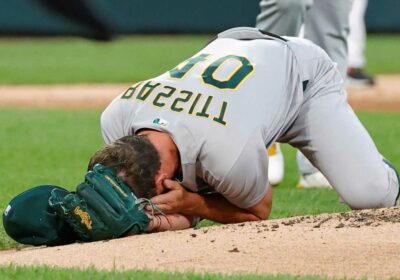 MAJOR LEAGUE BASEBALL star Chris Bassitt suffered a fractured cheek when he was struck in the face by a 100mph ball last night.

The 32-year-old Oakland Athletics ace will require surgery after suffering a displaced tripod fracture in his right cheek. 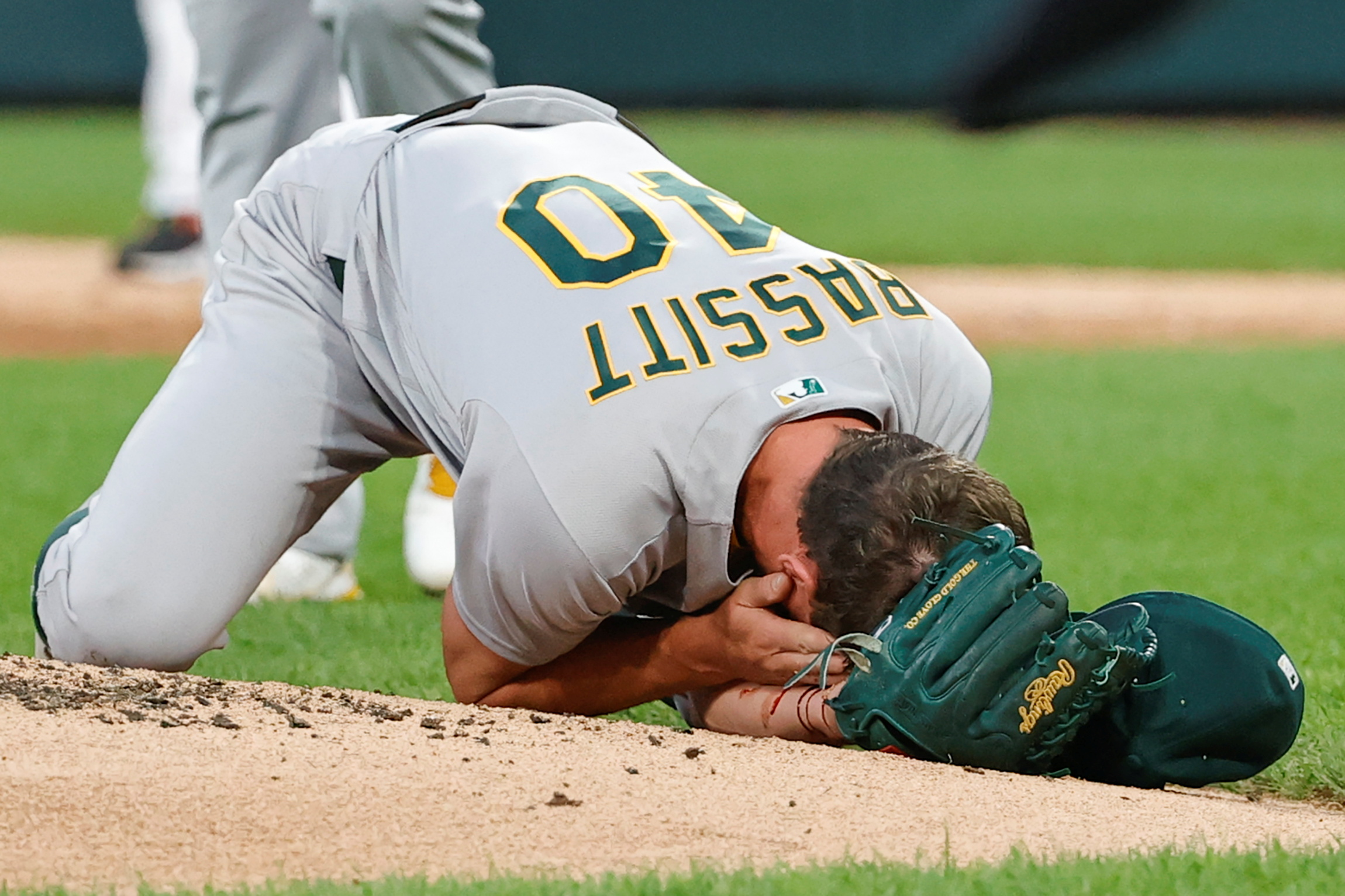 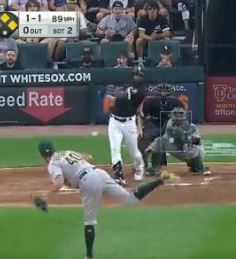 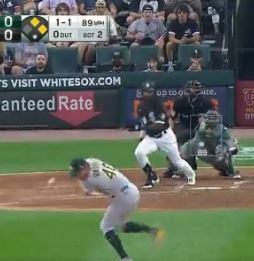 He also sustained two facial lacerations that both required stitches.

Bassitt, who cannot remember much about the incident, needed a motorised stretcher to help cart him off the field in the second inning.

He was hit by a ball that came off the bat of Chicago White Sox center fielder Brian Goodwin at 100.1 mph.

Fortunately, The Athletics confirmed Bassitt's vision has not been affected and that no other eye or head injuries were discovered.

The pitcher was released from a Chicago hospital late on Tuesday night.

Bassitt tweeted: “From the bottom of my heart, I’d like to thank the @whitesox and @Athletics staff, front offices, and owners. The support my family and I’ve received has been overwhelming. I’d also like to thank Rush University Medical Center and their staff. God is good. Can’t wait to get back!”

The Athletics added: “We are grateful to the White Sox, their medical staff, and the doctors and nurses at Rush [University Medical Center] for their excellent care.

“We'll have more information on Chris as it becomes available."

The Athletics GM David Forst says Bassitt could now be facing at least six weeks out after surgery, adding: “The doc said that once he has the surgery done we'll kind of see how he's doing after about a week to ten days and start getting him into some physical activity and kind of see how his body responds to that and how he's feeling.

“We're looking kind of one week at a time at this point in time after the surgery's done.

“The other thing we need to be conscientious of is that the surgery goes as planned and it is the surgery that we anticipate. Once you get in there, things could change.”