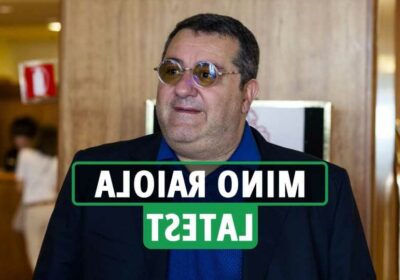 MINO RAIOLA has denied reports of his death on social media.

The Italian super-agent tweeted: "Current health status for the ones wondering: p***** off second time in 4 months they kill me. Seem also able to ressuscitate."

However, reports suggest that Raiola remains "critically ill" in hospital in Milan.

The Italian represents some of football's biggest names, including Erling Haaland, Zlatan Ibrahimovic and Paul Pogba.