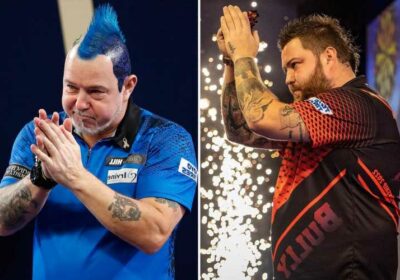 FAMILY GUY Michael Smith hopes to raise the Ally Pally roof in Monday's final against Peter Wright – to keep one over his kids’ heads.

In the battle of the beards, Bully Boy was a cut above bushy-faced James Wade in a 6-3 win in the William Hill PDC World Darts Championship semi-finals. 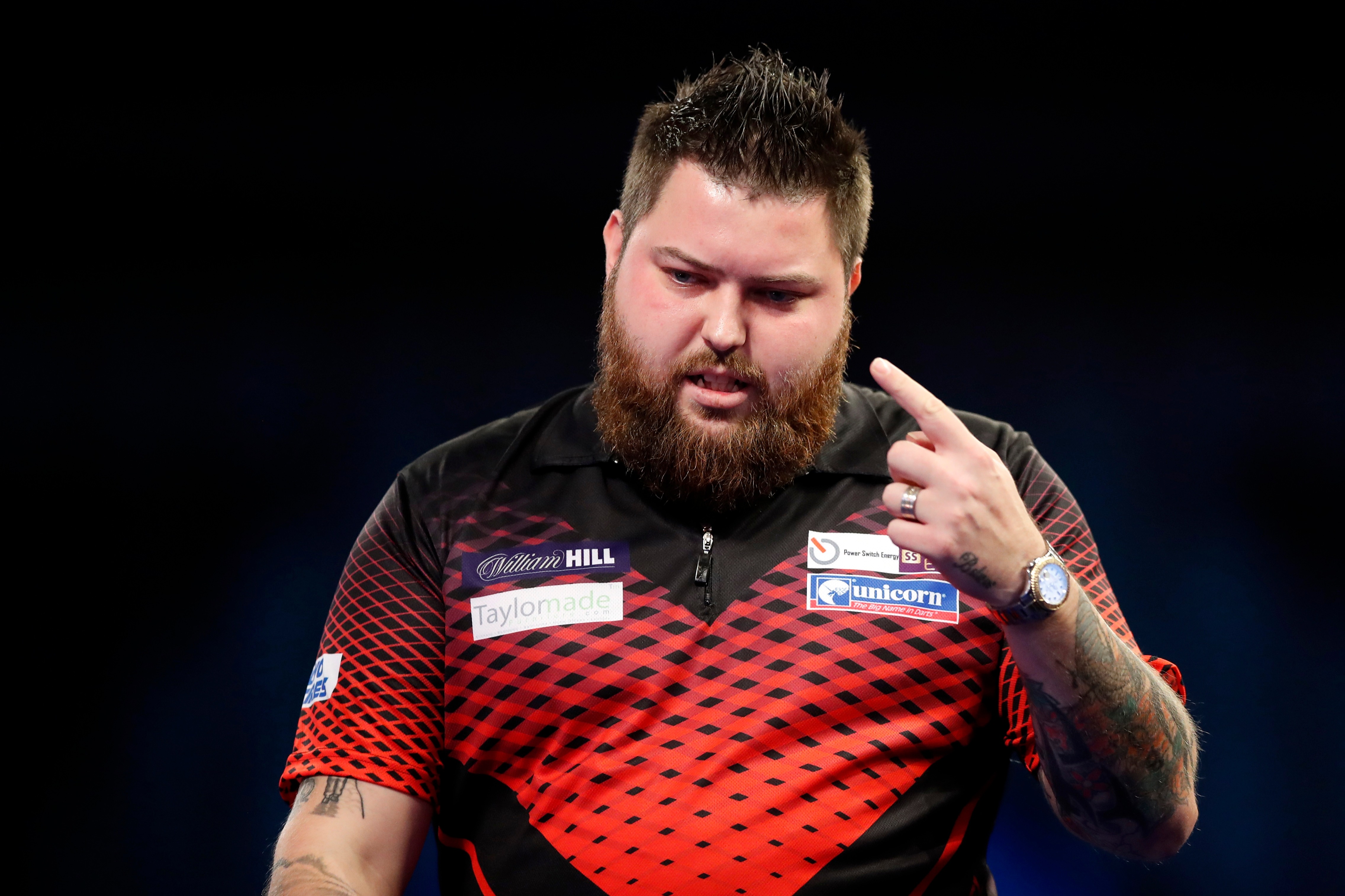 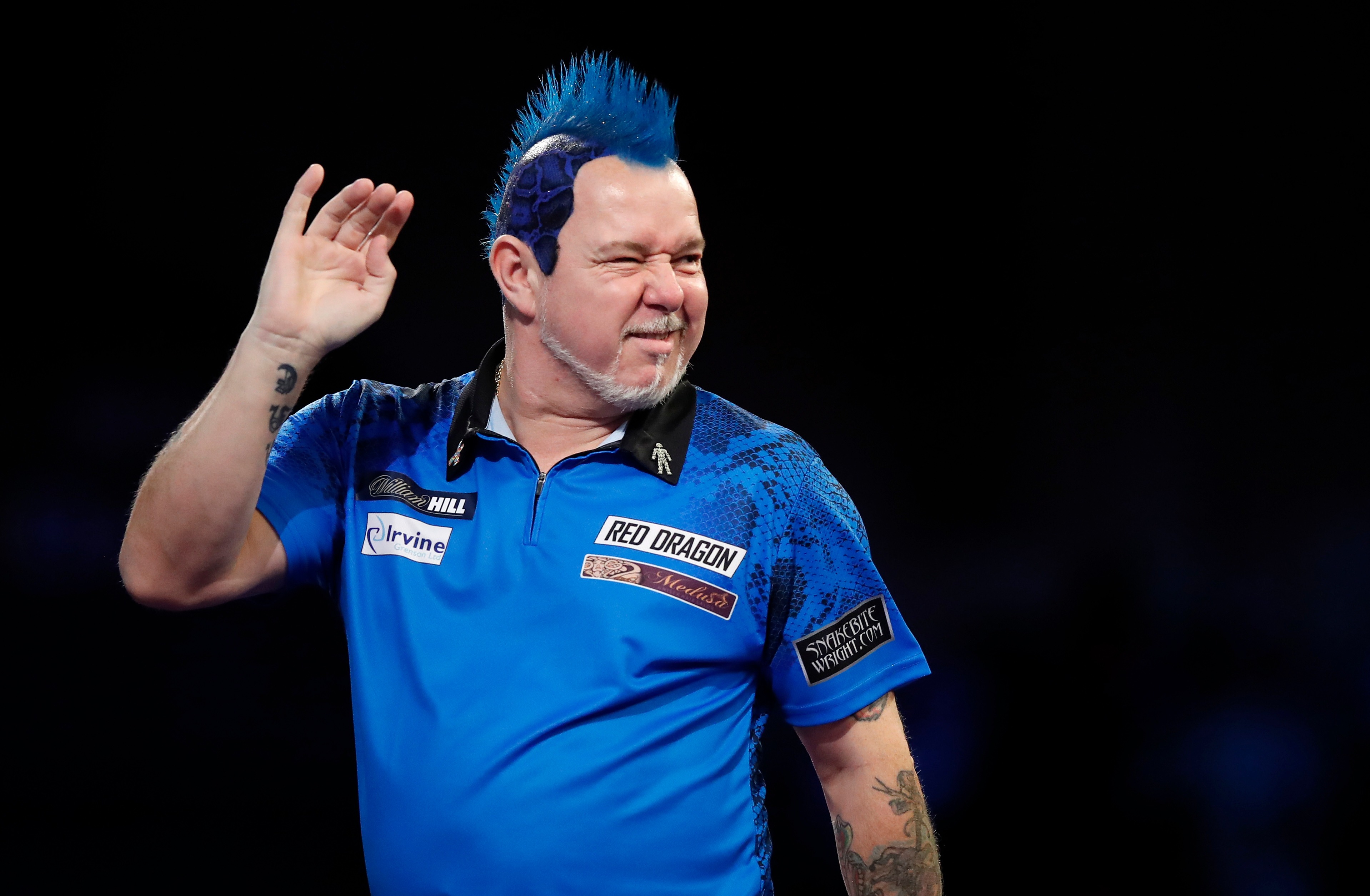 And he will take on Wright in Monday's showpiece event after Snakebite secured a 6-4 win over Gary Anderson.

St Helens slinger Smith has made no secret of how important the £500,000 winners’ jackpot would be to bank balance and future plans.

Darts has dramatically changed his life and allowed him to buy properties, one of which has been converted into a farm.

Yet should his fortunes dip on the oche and prize money suddenly goes down the drain, then he admits he could end up “homeless”

Smith, who keeps a passport photo of his wife and two boys in his wallet, said: “Even a year ago, I’d given up.

“But we’d just bought a new house and the money I shell out every month on mortgages, I can’t afford to give darts away and lose matches.

“If I miss mortgages, we’re out on the streets. We are homeless. I knows it adds added pressure, but it’s keeping me focused. 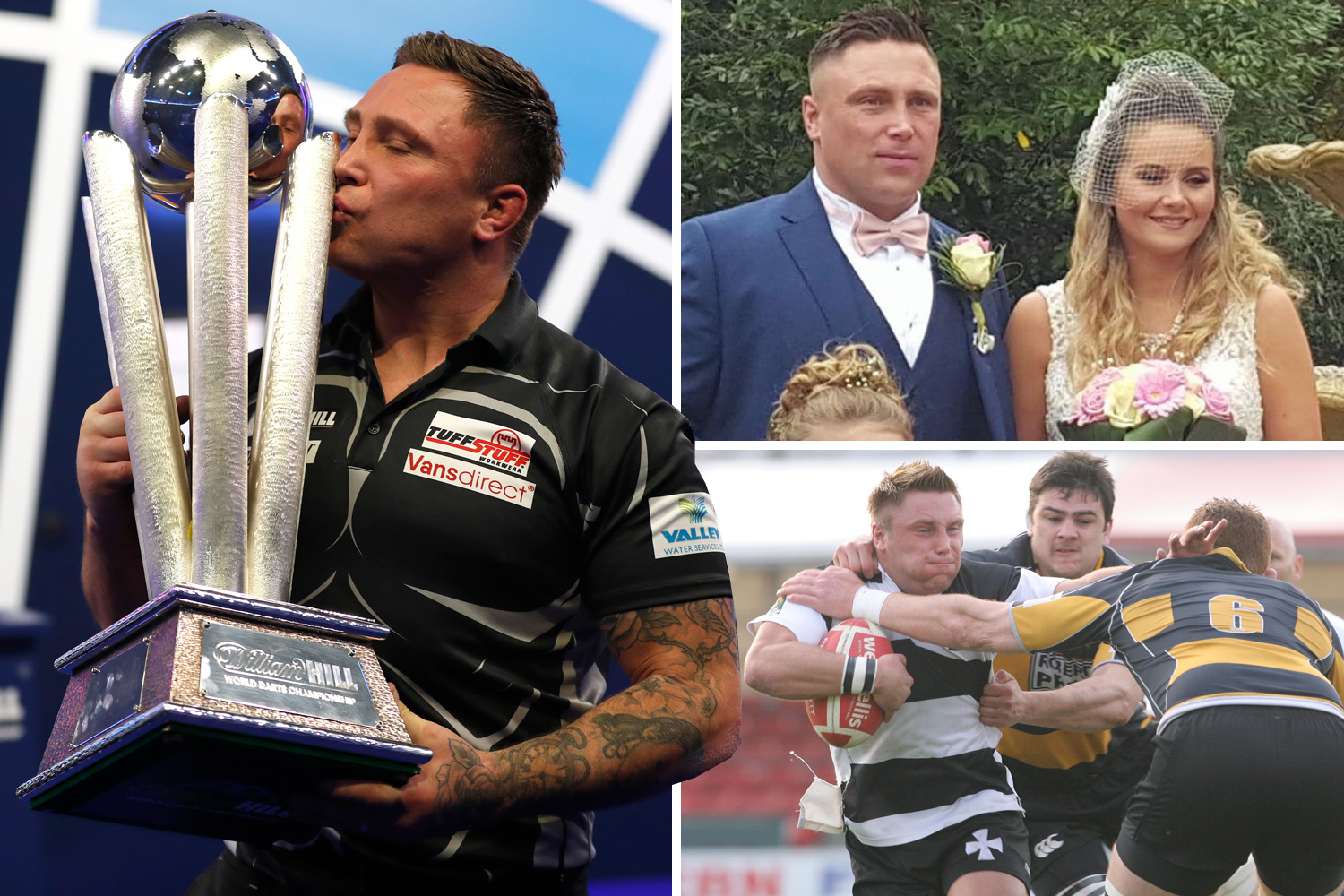 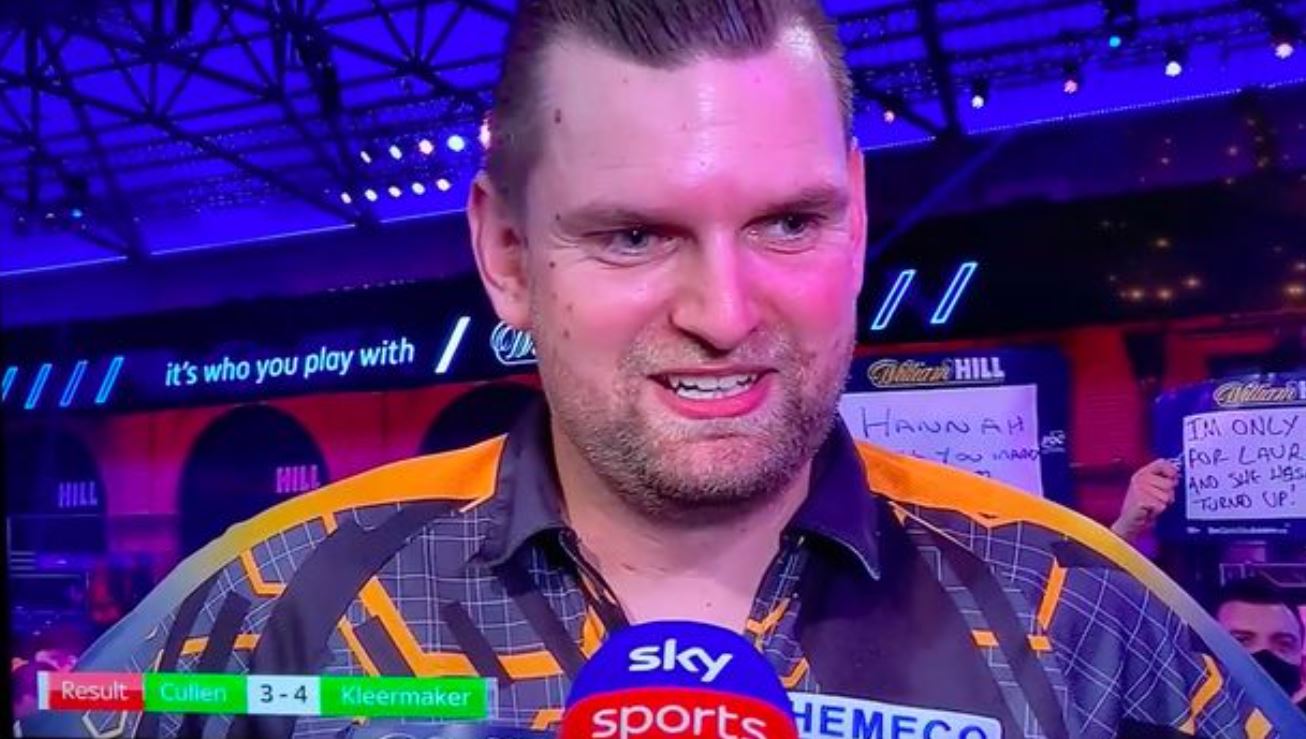 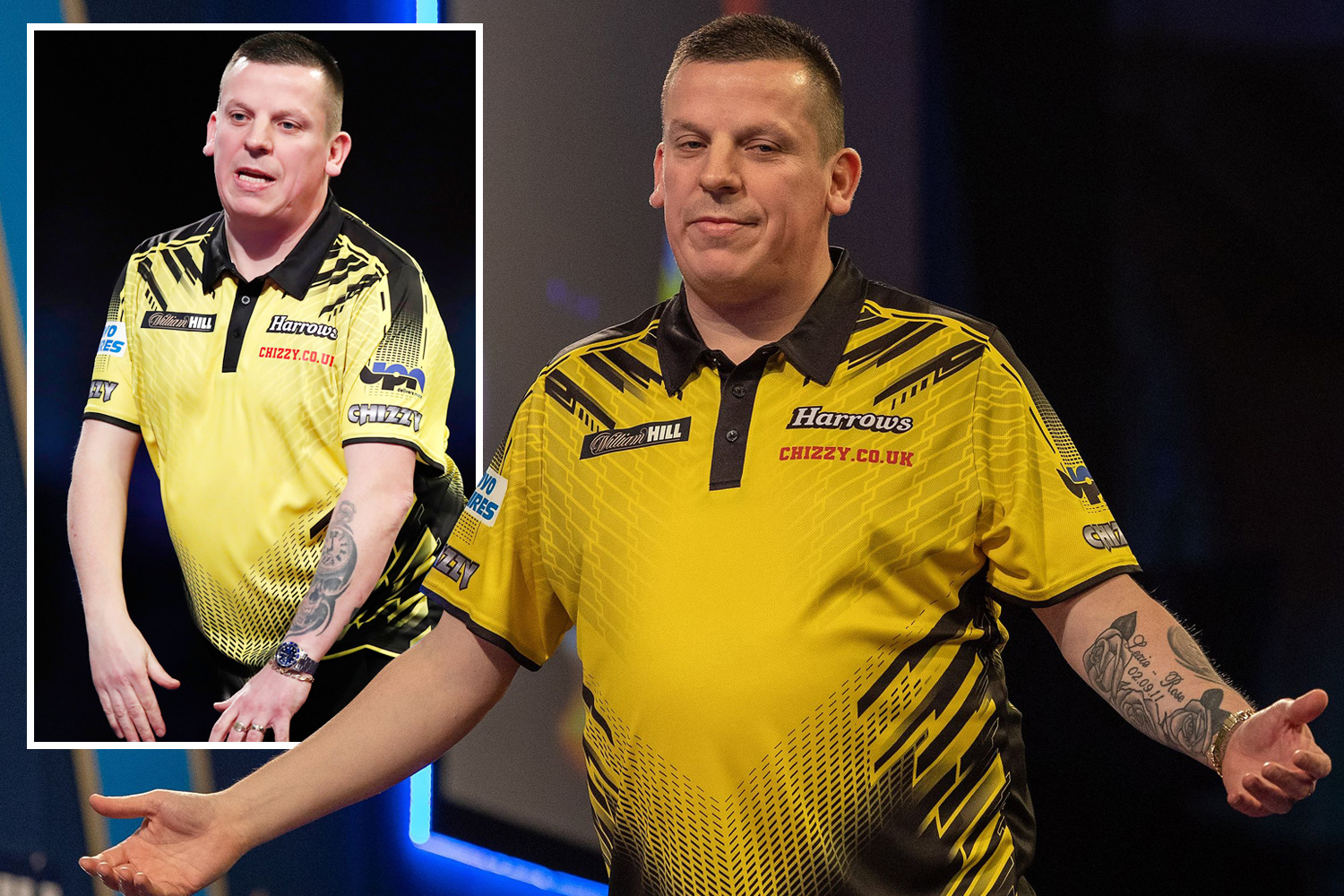 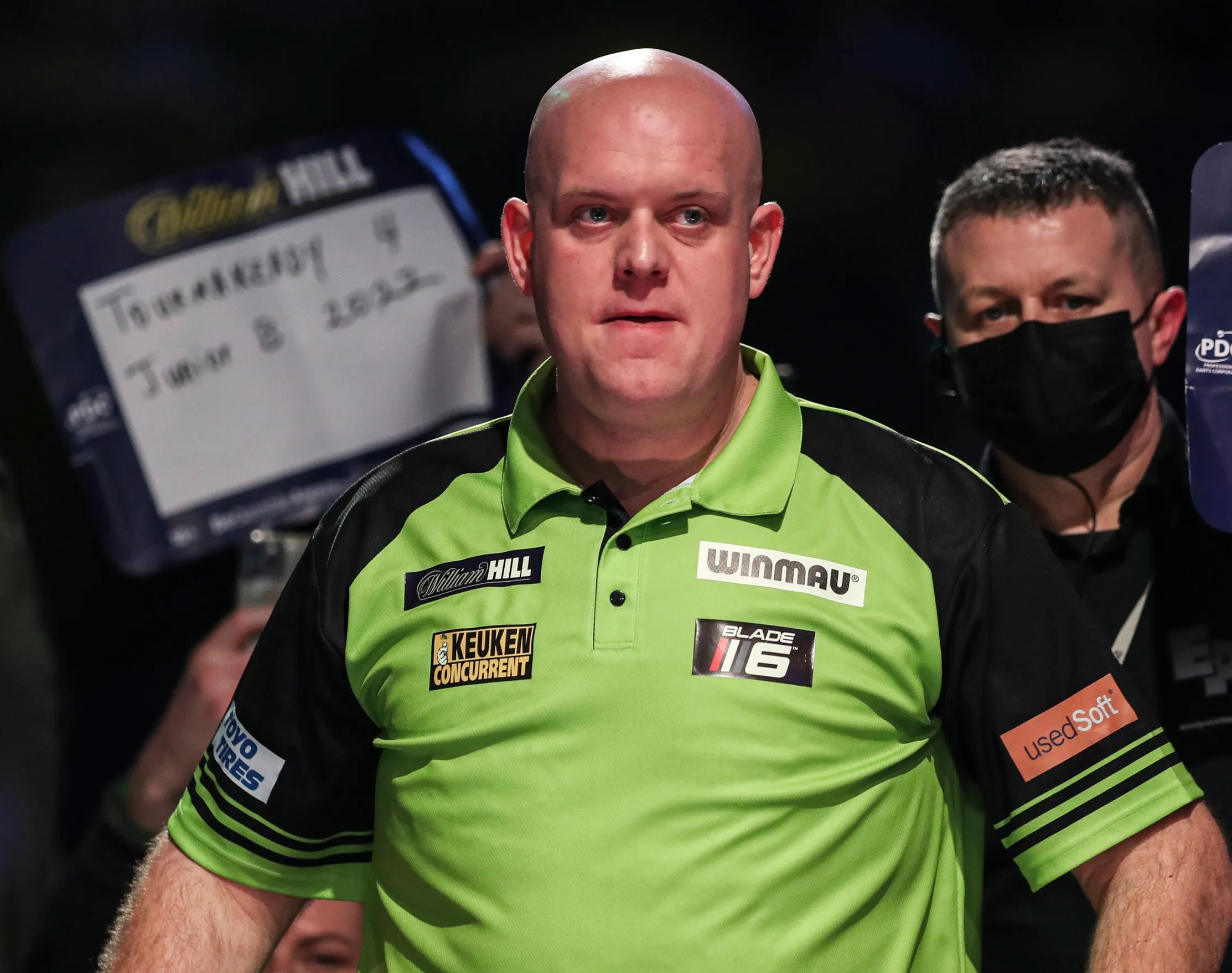 “I have to keep ready. It has been showing what I have been working on for the last 12 months has worked.”

Wade’s path to the semi-finals had been incredibly fortuitous – with one Covid bye in the third round and just FOUR 180s struck in the first three matches.

The pre-match three-dart average of 87.67 would have barely earned a win on the old BDO circuit let alone propel someone to the latter stage of this blue riband event.

Following a very public row with Sky Sports pundit Wayne Mardle and a dressing down for any oche doubters, there was plenty riding on Wade’s shoulders.

It is fair to say Wade came here with a point to prove, often labelled as the greatest player never to win a world title, and with three previous semi-final defeats on his CV.

Smith, 31 won the first set in the decisive leg and then the second against the throw, averaging 119.14 and sealing it with a superb 114 outshot.

Wade, cheered on by former glamour model wife Sammi, gained confidence by winning the third set after Smith missed darts for a 3-0 lead.

The Machine hit 121 and then gave a Liam Gallagher-style ‘I’m-impressed-with-that’ celebration that got the fancy dress revellers up on their feet.

Wade, 38, should have levelled up at 2-2 but his wastefulness opened the door for Smith who moved 3-1 ahead in style.

Smith’s stranglehold of this final intensified with a 78 to take the fifth set and a 130 on the bullseye in the sixth.

Wade, to his credit, ensured it would not be a whipping and he made it interesting by winning two successive sets, one of which included a 160 checkout.

But Smith booked his spot in a second world final thanks to double 10.

When he returns this evening to the stage, Smith will need to take some relaxants and keep his emotions in check.

He BROKE his non-throwing hand in a rage during a toilet break of his 2019 final defeat to Michael van Gerwen.

“It was about keeping my cool and lucky enough he messed up one shot. I had to keep my head and lucky it went in.

And should the 51-year-old beat Smith in the £500,000 showpiece then he will become a multiple world champion – an accolade that only five men have so far achieved in PDC history.

All the Scotsmen in this tournament have been targeted and booed by the punters at various stages.

Yet the hostility and venom seen and heard in recent matches was thankfully absent on this occasion – maybe a case of too many hangovers to care?

Ever the Tinkerman, Wright was never going to come here with the same equipment he had used in the previous rounds.

Of course not. And so it proved when it was made clear to experts watching on TV he had new points and new stems.

Throughout this championship, he has experimented with his darts and tried new weights – just imagine how well he’d play if he found suddenly the right kit?

Anyway, Wright took a competitive and high-class first set against the throw but just like the first semi-final, the atmosphere was lower than a snake’s belly.

Anderson, who won a World Cup title with Wright for Scotland in 2019, responded with a 116 in the first leg of the second set.

Yet the scoring from the Suffolk-based star was marginally higher and he won the second and third sets to lead 3-0 with minimum fuss.

Ando, 51, has not been whitewashed on a stage where he has won two world titles for nine years.

And though Wright took out 138, Anderson ensured it would not be an annihilation by clinching the fourth set with a 92 thanks to two double 18s.

As he cemented the fifth set with 105, Anderson showed his emotions and stuck his tongue out to his partner Rachel in the VIP stands.

After one memorable nine-darter from Gerwyn Price on Saturday night, there was almost another perfect leg here.

But Wright’s attempt at double 12 to write his name in the record books was far too low in the sixth set and it left everyone feeling deflated.

Both men at this point were averaging over 100 and for once everyone was talking about the darts on display and not the negative crowd involvement in proceedings.

It was breathtaking stuff and neither player deserved to lose such a brilliant clash.

There was a danger we could have been here at midnight but Wright prevented it going to a deciding 11th set as he nailed double 20 for a 116 finish.

Wright hit 24 180s – a record for a world championship match – as he booked his spot in a second world final in three years.

Wright said: “Wow. To get a win over Gary, one of the greatest darts players ever, was amazing.

“I didn’t give up. That was so hard. I’m exhausted. I knew he would come back. I couldn’t stop him. What a game of darts – fantastic.

“I’ve got a knee injury and I have it strapped up. It’s burning like hell at the moment.  Need to rest it up and it should be alright for the final.”