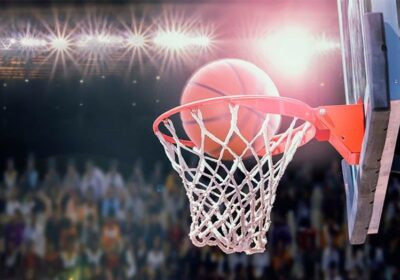 A Southern California man who brought the tortillas that were thrown during a scuffle at the end of a high school basketball championship on Saturday said there was no “racial intent” in tossing them in the air.

“There was not a shred of ill-intent or racial animus in carrying out this celebratory action,” wrote Luke Serna, who told FOX 5 San Diego Wednesday he’s half-Mexican. “Those who have enflamed this issue into a racially charged issue should be utterly ASHAMED of themselves. The people who have fallen for this frame-up to smear Coach Laaperi are not worthy of being any part of the discussion regarding this event as it is their intent to try and fan the flames of racism where none existed.”

Luke Serna said the tortillas were brought to the game to mimic a tradition UC Santa Barbara had done at different sporting events. He wrote a letter to the Coronado Unified Governing Board to argue that his actions were not racist despite what others have said.

J.D. Laaperi was removed as the head coach Tuesday. Laaperi was accused of cursing at the Orange Glen High School coach which set off the scuffle in the first place, according to the San Diego Union-Tribune.

Serna said he brought the tortillas for the cheerleaders to toss if they won the game. Coronado won in overtime, 60-57.

According to the UC Santa Barbara alumni page, throwing tortillas after the Gauchos scored their first point in basketball games was a tradition in the 1990s.

“UC Santa Barbara fans engaged in the act as a playful way to show team support and exude school spirit; however, as the tradition caught on, many people got carried away. At one basketball game in 1997, fans threw tortillas constantly throughout the game so that the stadium floor was covered and the game had to be stopped,” the page reads.

“Other controversial incidents include fans throwing tortillas in opposing team members’ faces, tortilla scraps getting inside and ruining an ESPN camera, and associations of the act with racist ideology. As a result, tortilla throwing has been banned from basketball games at the Thunderdome, but despite the setback, persistent fans still carry out the tradition during soccer games at Harder Stadium.”

On Monday, Francine Maxwell, president of the San Diego Branch of the NAACP, said those who threw tortillas committed “racist actions that do not represent San Diego nor the America we want all people to love value, and appreciate.”

District Superintendent Karl Mueller added that “swift action will be taken to address all those involved, and they will be held accountable,” FOX 5 San Diego reported.