MANCHESTER UNITED winger Daniel James is on the WORST scoreless streak of any attacker in the Premier League.

The Welsh winger has endured a tough time of it at Old Trafford since completing a £15million switch from Swansea last summer. 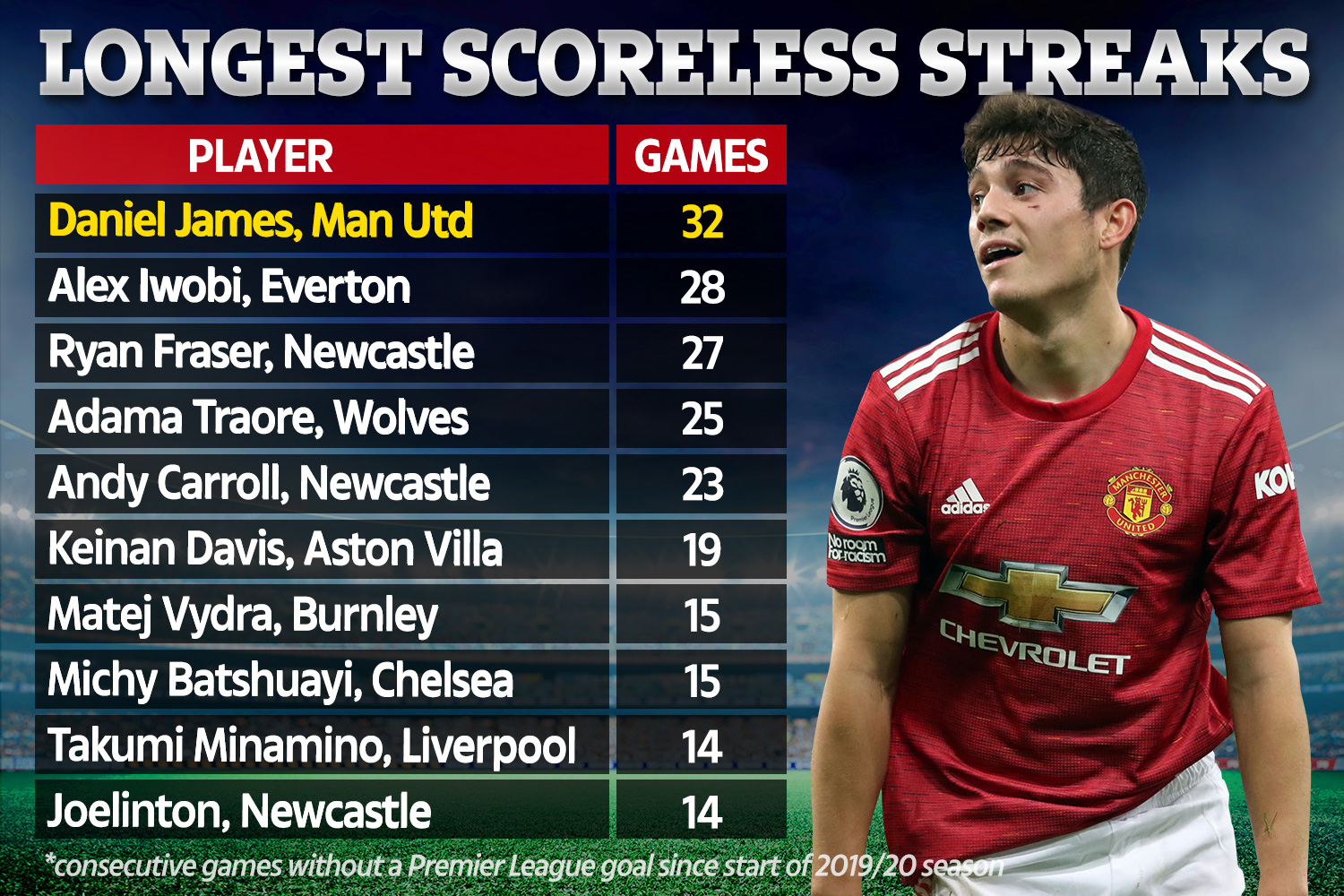 United pipped Leeds to his signature after a series of dazzling displays in Wales.

But as bettingexpert has discovered, James has gone 32 games without scoring in the top flight.

That puts him top of the tree as far as attacking players are concerned.

Close up behind is Everton ace Alex Iwobi – he has failed to hit the ground running after joining from Arsenal.

Ryan Fraser bags the third spot on the unwanted list – it is 27 games since Fraser last scored, that coming in his time with Bournemouth.

Wolves winger Adam Traore is in fourth, 25 games without netting, with Newcastle's powerful forward Andy Carroll next up with 23 scoreless games.

James has endured tough times off the field prior to his big mvoe to United.

The 22-year-old was left heartbroken after his father died at the age of just 60.

Kevan passed away just three weeks before his transfer was completed.

James was due to be travelling with Wales for a training camp in Portugal prior to Euro 2020 qualifiers with Croatia and Hungary when he received the devastating news.

Since his big-money move from Swansea he has shown courage on and off the pitch.

But he admits the personal tragedy and making the switch to the Prem at the same time was hard to cope with.