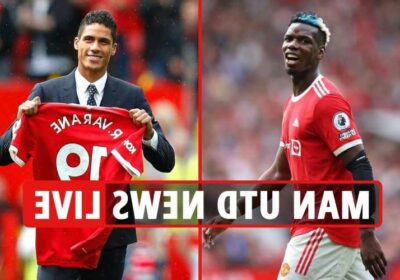 MANCHESTER UNITED have begun their Premier League campaign with a crushing 5-1 win over Leeds.

And following that result, reports abound that Paul Pogba is keen to stay at the club.

Watching on at Old Trafford was new signing Raphael Varane as he was unveiled in front of fans following his move from Real Madrid.

But despite being inside the ground, the Frenchman bizarrely decided to watch the game on TV rather than in the stands.

We've also got all the latest on Man Utd's pursuit of Erling Haaland and Eduardo Camavinga.