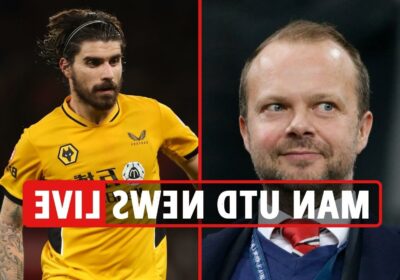 Woodward's exit will now take effect from February 1 when Richard Arnold will take over as Chief Executive.

Meanwhile, West Ham have slapped a stunning £100m asking price on Declan Rice but the Red Devils are confident of tempting him up to the North West.

The Portugal ace, 24, has two years left on his current deal at Molineux – but has spoken of his desire to play in the Champions League.

We've also the very latest on Erling Haaland as Premier League clubs continue to eye a swoop for the Dortmund superstar.