MANCHESTER UNITED matches received more complaints to Ofcom than any other team in the league last season.

Ole Gunnar Solskjaer's side ended the campaign in third place behind neighbours City and champions Liverpool. 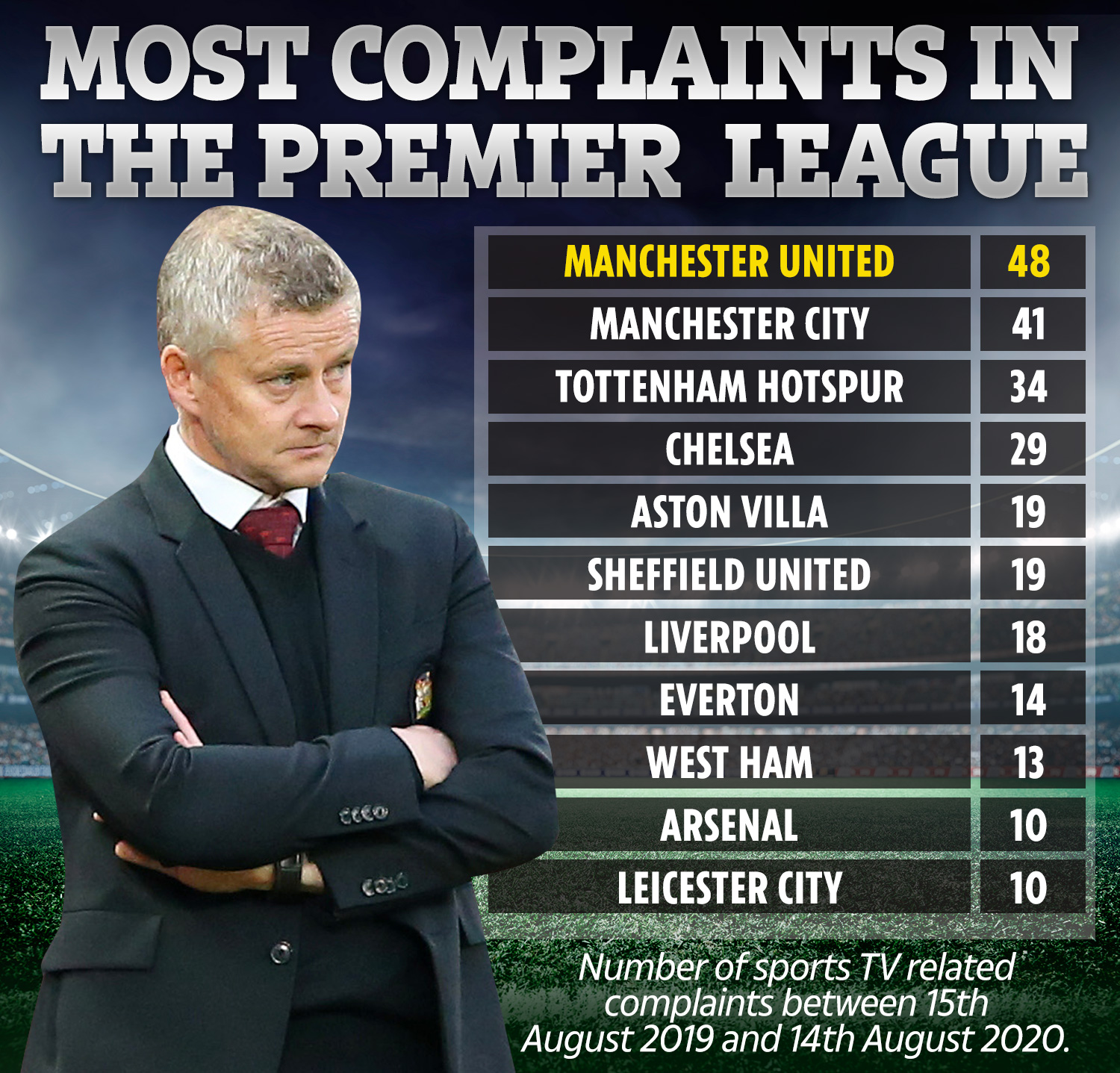 That is more than any other team in the top-flight between August 2019 and 2020.

As well as furious fans venting their anger, the complaints may have been related to the match coverage and footage.

Manchester City were second in the list with 41 complaints, while Spurs racked up 34.

Chelsea are fourth in line with 29 while Aston Villa, Sheffield United, Liverpool, Everton, West Ham, Arsenal and Leicester also made the top 10.

Further research has also revealed football supporters are 29 times more likely to complain about their sport than any other fans.

Ofcom received a whopping 552 football complaints over the last year, with cricket in second with 19.

There were nine reported during motorsport events, five during wrestling and four while UFC was on.

United fans have ripped into Ole Gunnar Solskjaer and the club owners lately due to the club's lack of transfers.

But Deadline Day proved to be a success for United as they landed Edinson Cavani.

They completed a move for teenage prospect Amad Traore in a £37million deal.