Jose Mourinho sent out a highly-defensive side for the must-win clash with the Gunners after dropping Paul Pogba and Romelu Lukaku to the bench. 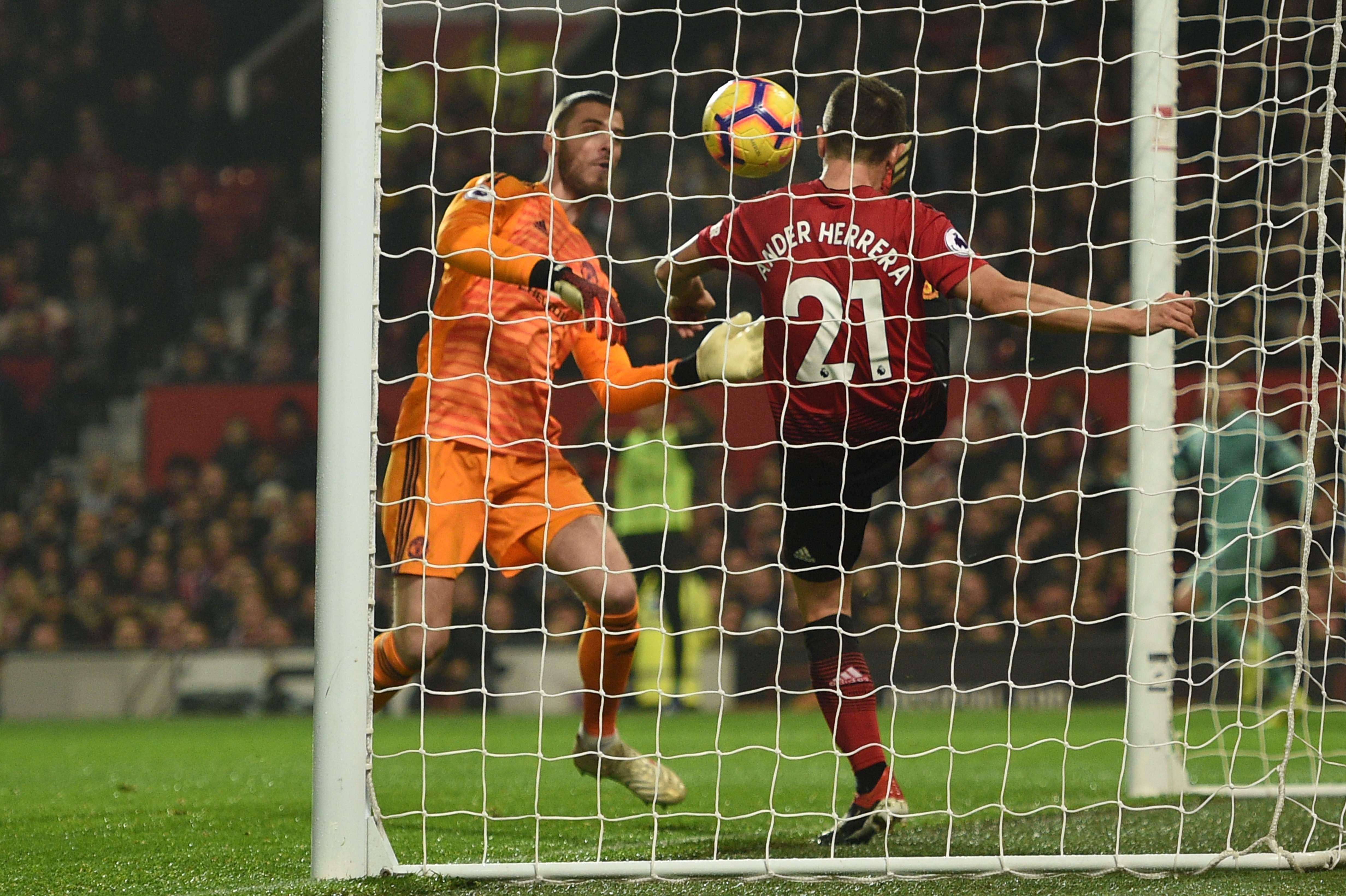 The plan had been to soak up Arsenal's attack and hit the London club on the break through the pacy attacking trio of Marcus Rashford, Jesse Lingard and Anthony Martial.

But his pre-match tactics went out of the window midway through the first half as two of United's senior players gifted the Gunners the lead.

The defending at a corner left a huge amount to be desired as Arsenal defender Mustafi was allowed the freedom to run into the area unchecked to power a header down into the ground towards goal.

But the ball looped up towards the waiting hands of keeper De Gea, who amazing took his eye of the header and allowed it to squirm through his grasp and then loop slowly towards the goal. 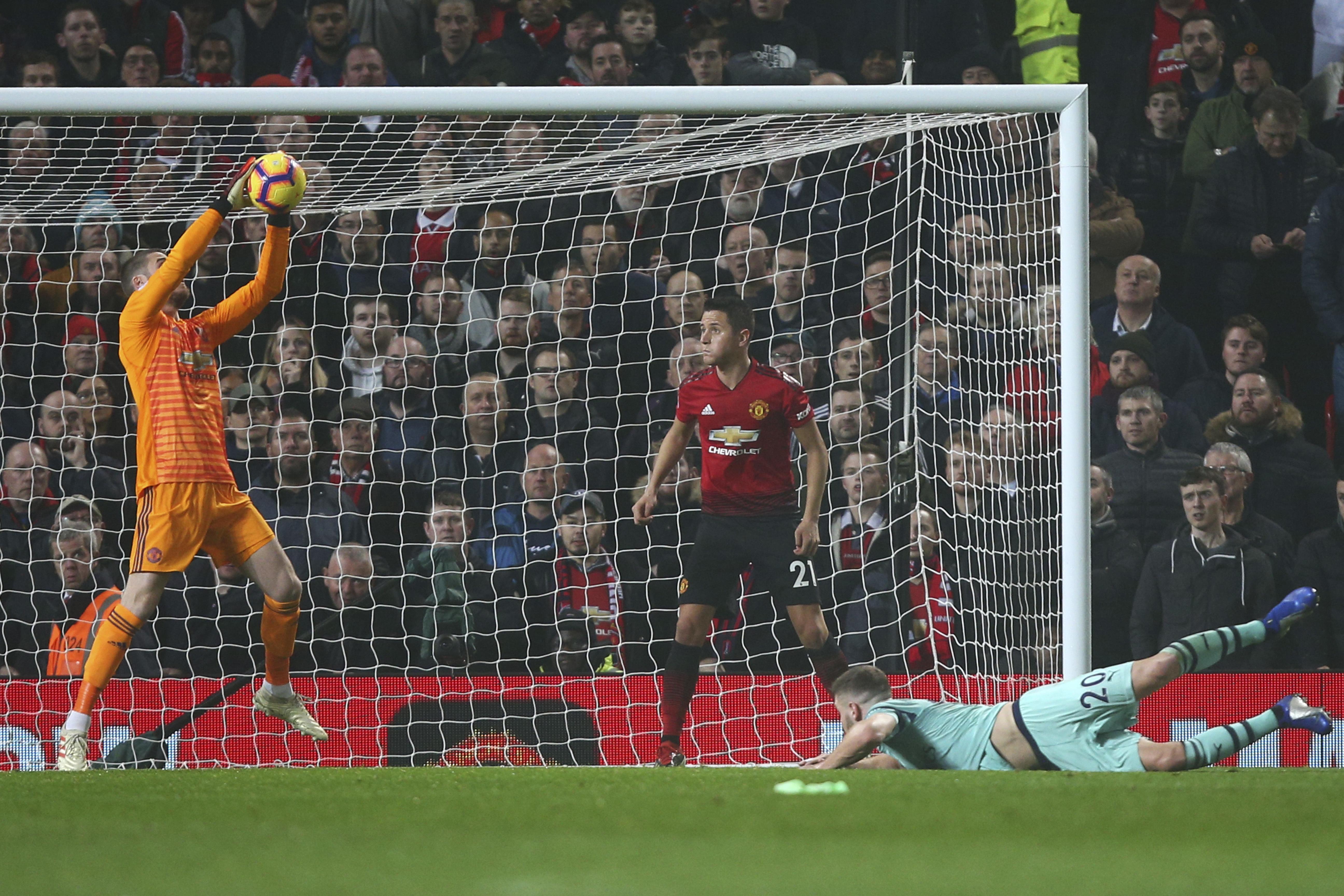 Waiting a foot behind the line was midfielder Herrera, who decided against taking a step forward and heading the ball to safety in favour of nonchalantly trying to stop the ball with his foot.

And the Spaniard's effort was too slow to stop the ball inching just over the line, with goalline technology clear showing ref Andre Marriner was right to award the strike.

That left social media split on whether it was De Gea or Herrera to blame for the shock of conceding – with some ridiculing the keeper's status as the best in the world and others question just what his compatriot was doing on the line.