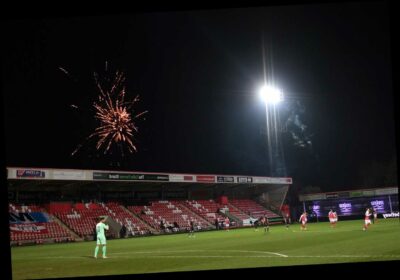 MANCHESTER CITY'S FA Cup game with Cheltenham was paused for five minutes due to a FIREWORK display.

Rockets exploded directly over the Jonny-Rocks Stadium in colourful scenes that called a halt to play. 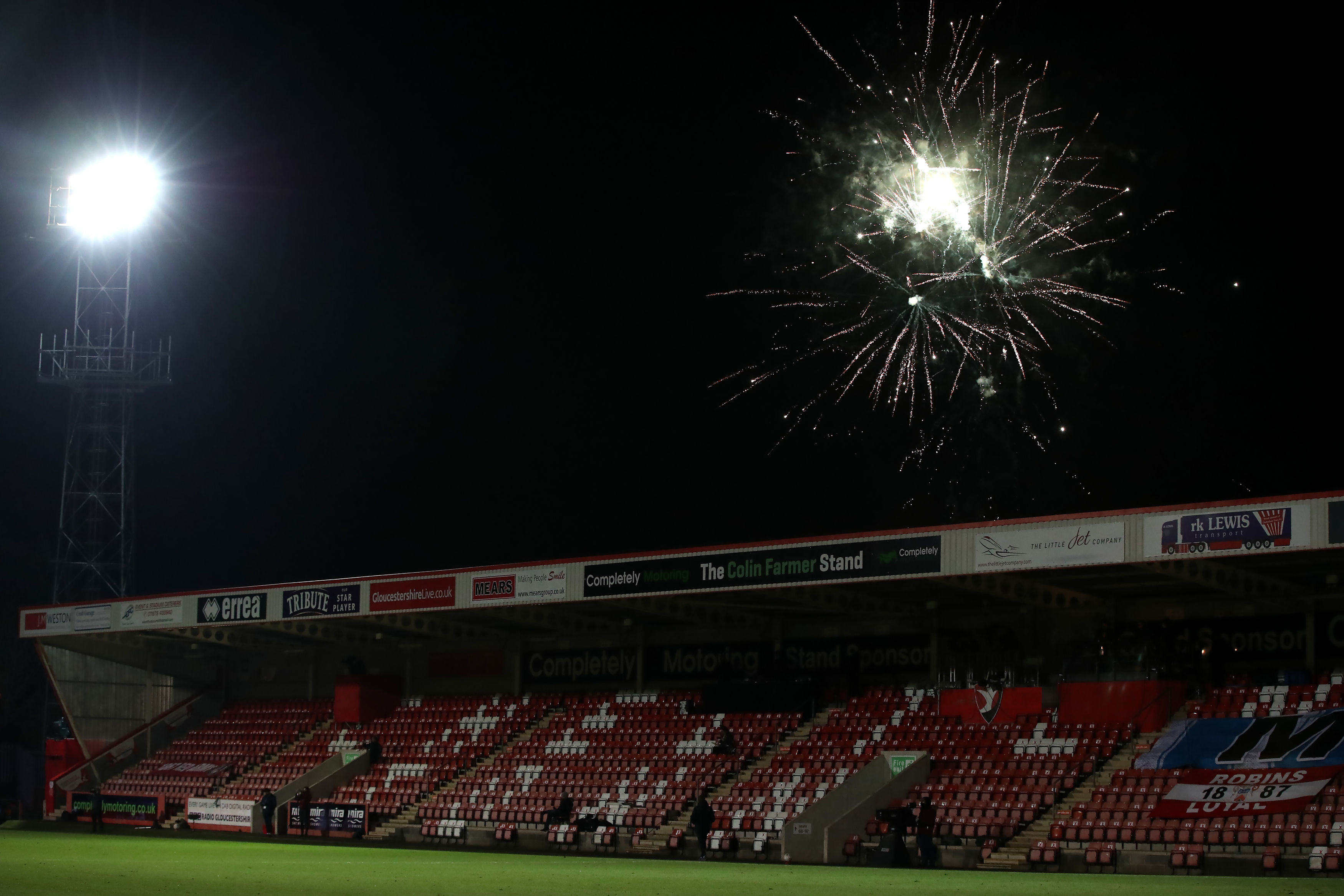 Referee Stuart Attwell was forced to stop the fourth-round tie for fear of debris landing on the pitch.

Players from either side received tactical refreshers as the fireworks took off.

But the display continued for a full five minutes and Cheltenham boss Michael Duff was seen sharing a joke with Attwell about the delay.

Commentators on BBC Sport's live coverage of the match reported on police officers being sent to deal with the display.

Cheltenham's stadium is located in a residential area of the Gloucestershire town, with the display taking place right over the Colin Farmer Stand on one side of the ground.

The fireworks interrupted a hugely promising first-half for the League Two side, who entered the break goalless versus the Premier League giants. 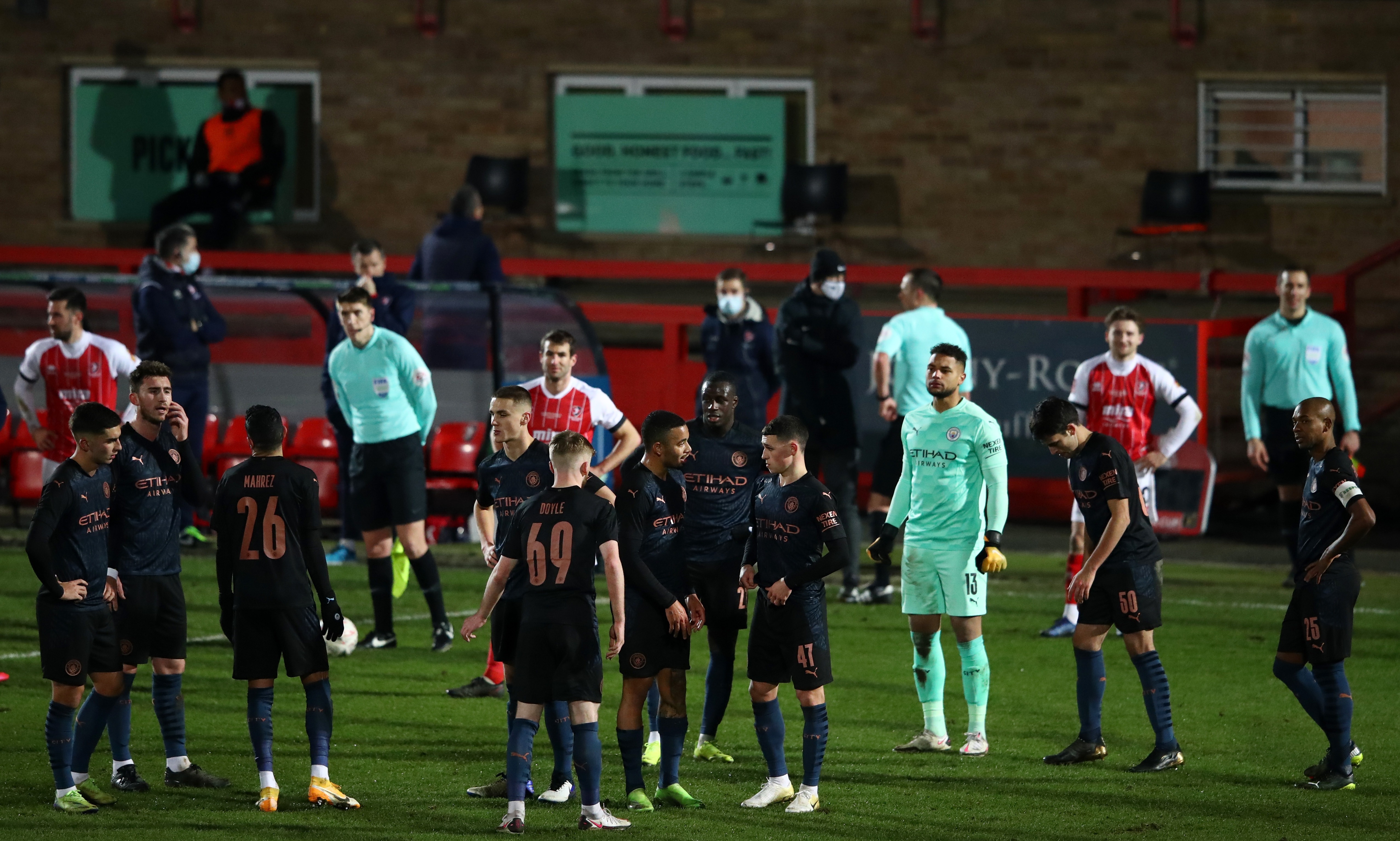 The scenes were similar to the third-round tie between West Ham and Stockport.

Fireworks exploded over Edgeley Park, causing play to be halted like it was on Saturday evening.

And fans were left crediting the display with being the liveliest thing to happen in the goalless first-half as City laboured against Cheltenham.

Twitter user Ryan joked: "The fireworks going off has been the most entertaining thing in the entire game so far." 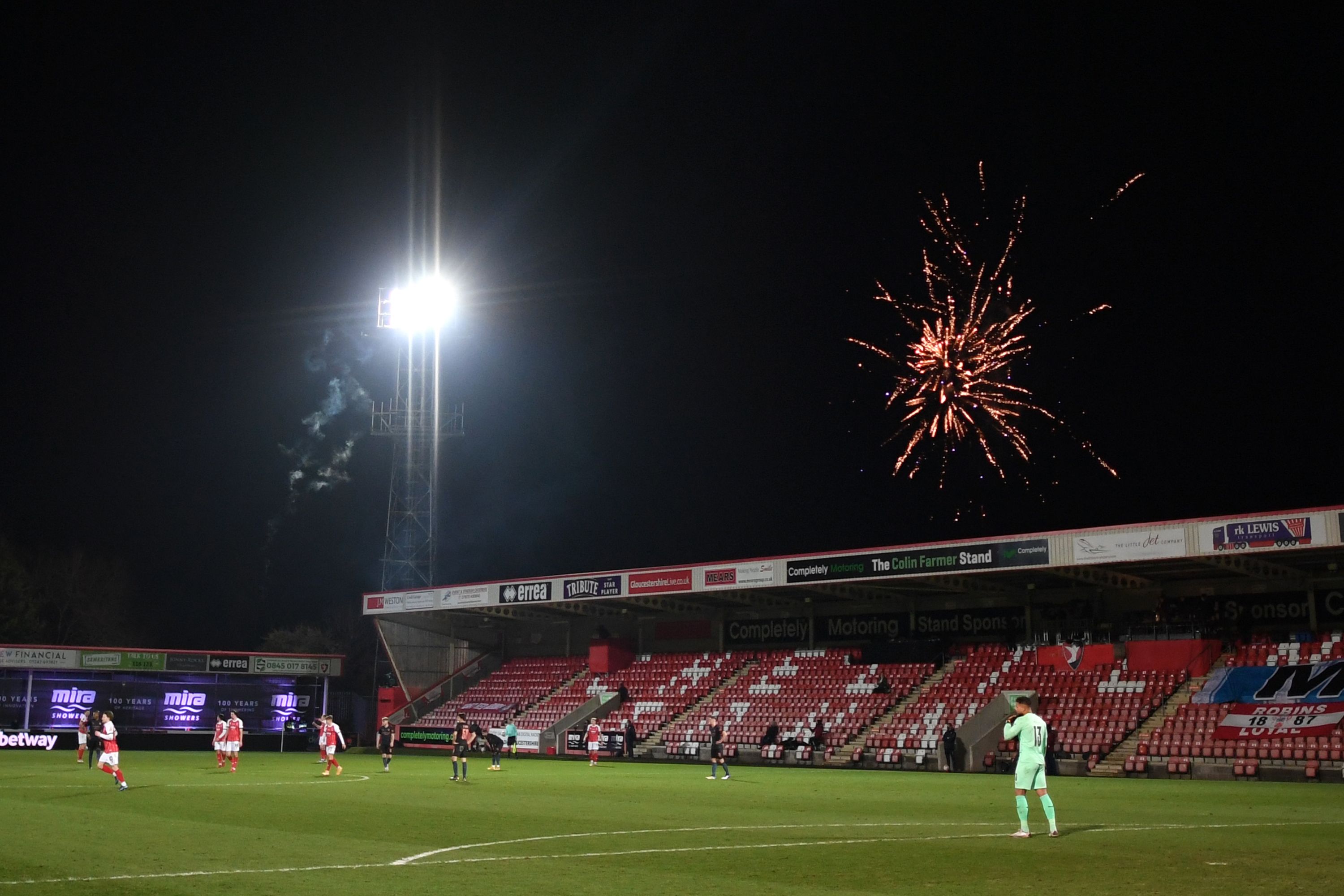 One City fan commented: "Highlights of the half has been those fireworks."

While Charlie tweeted: "Fireworks were the most entertaining part of that half."

But Jordy rued: "Played really well and let down by idiot fans."