But the recalled striker broke no betting rules as he took a bashing to put Manchester City back on top with a double in the 3-1 defeat of Everton. 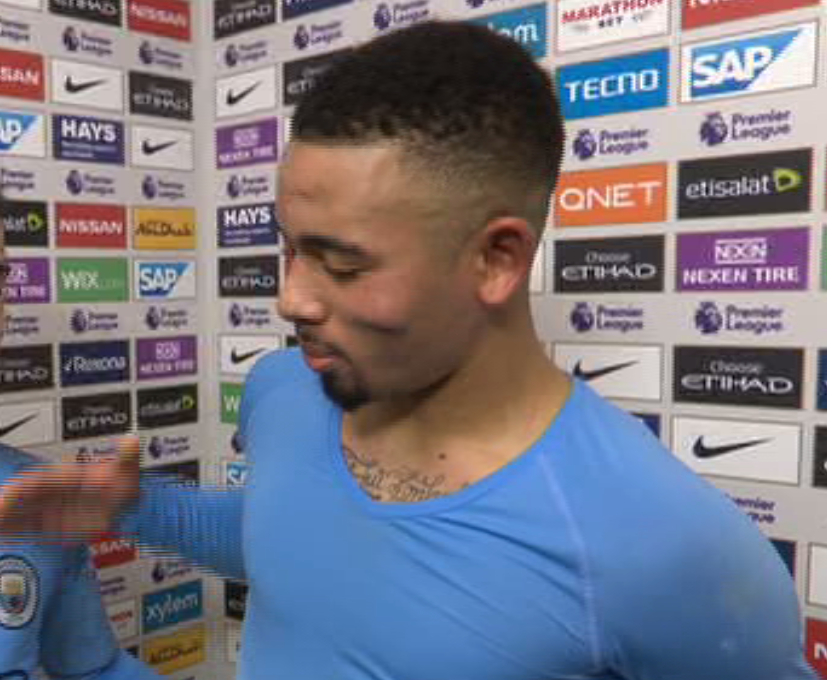 The Brazil star, 21, sported a huge swelling on his cheek in TV interviews afterwards – courtesy of a flying header for his second goal.

Brave Jesus showed flair with a sore head as he bulleted the ball home  – with BOTH his strikes coming from Leroy Sane crosses.

But this comfortable win over the eighth-placed Toffees proved to be the ideal occasion to rebuild his confidence. 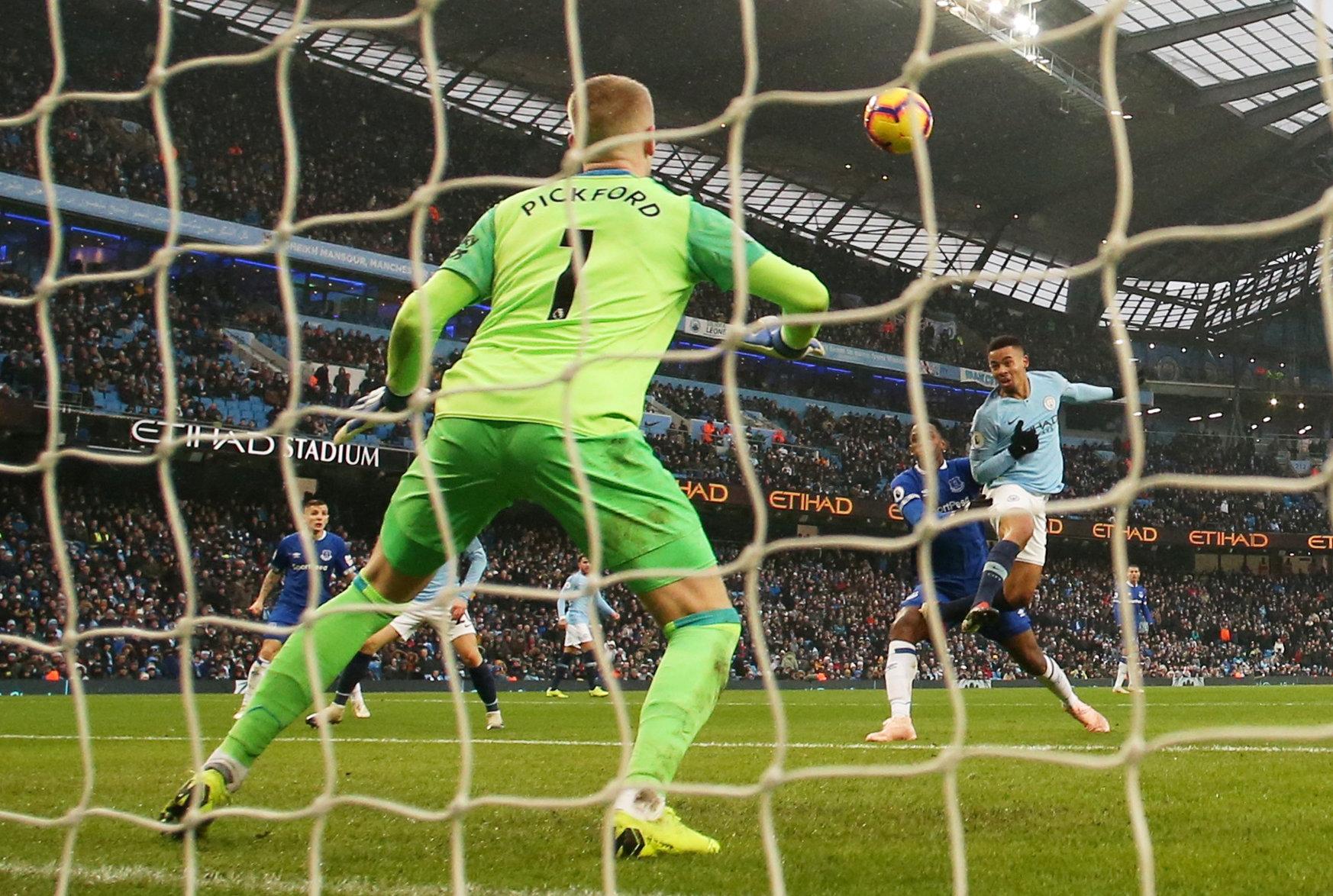 But City substitute Raheem Sterling promptly came on to net with his first touch.

The England flier's latest intervention in his superb season came a week after he spoke out over the fierce abuse he received from Chelsea fans during last Saturday's 2-0 loss. 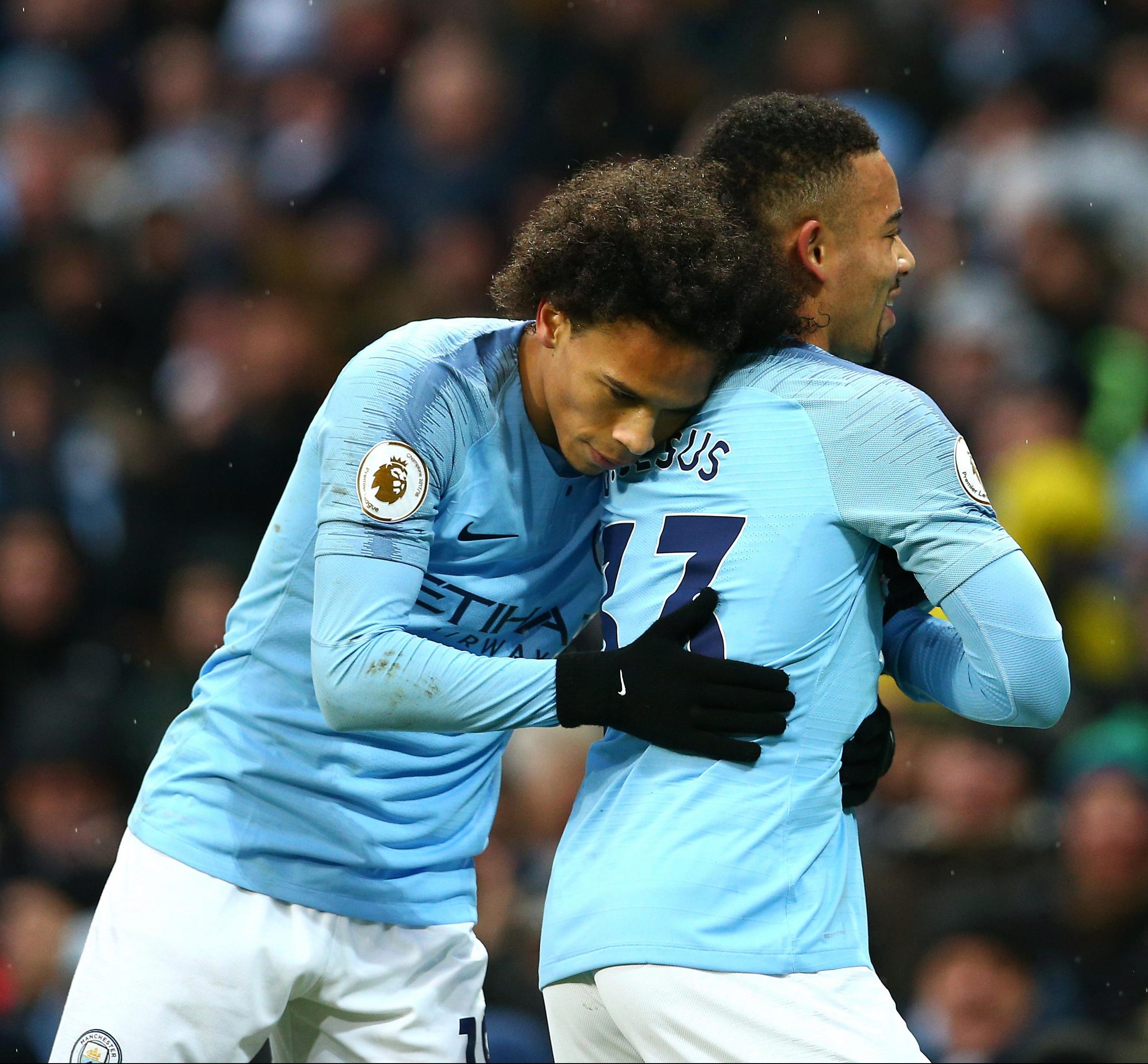