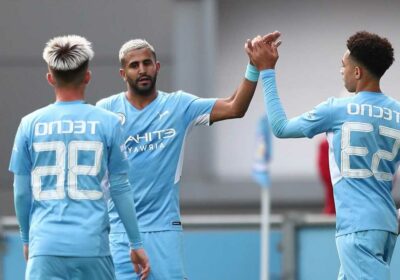 RIYAD MAHREZ showed he is in no mood to be squeezed out by Jack Grealish as he continued his impressive pre-season.

The champions are preparing to spend £100 million on the Aston Villa captain to add to Pep Guardiola’s array of midfield options. 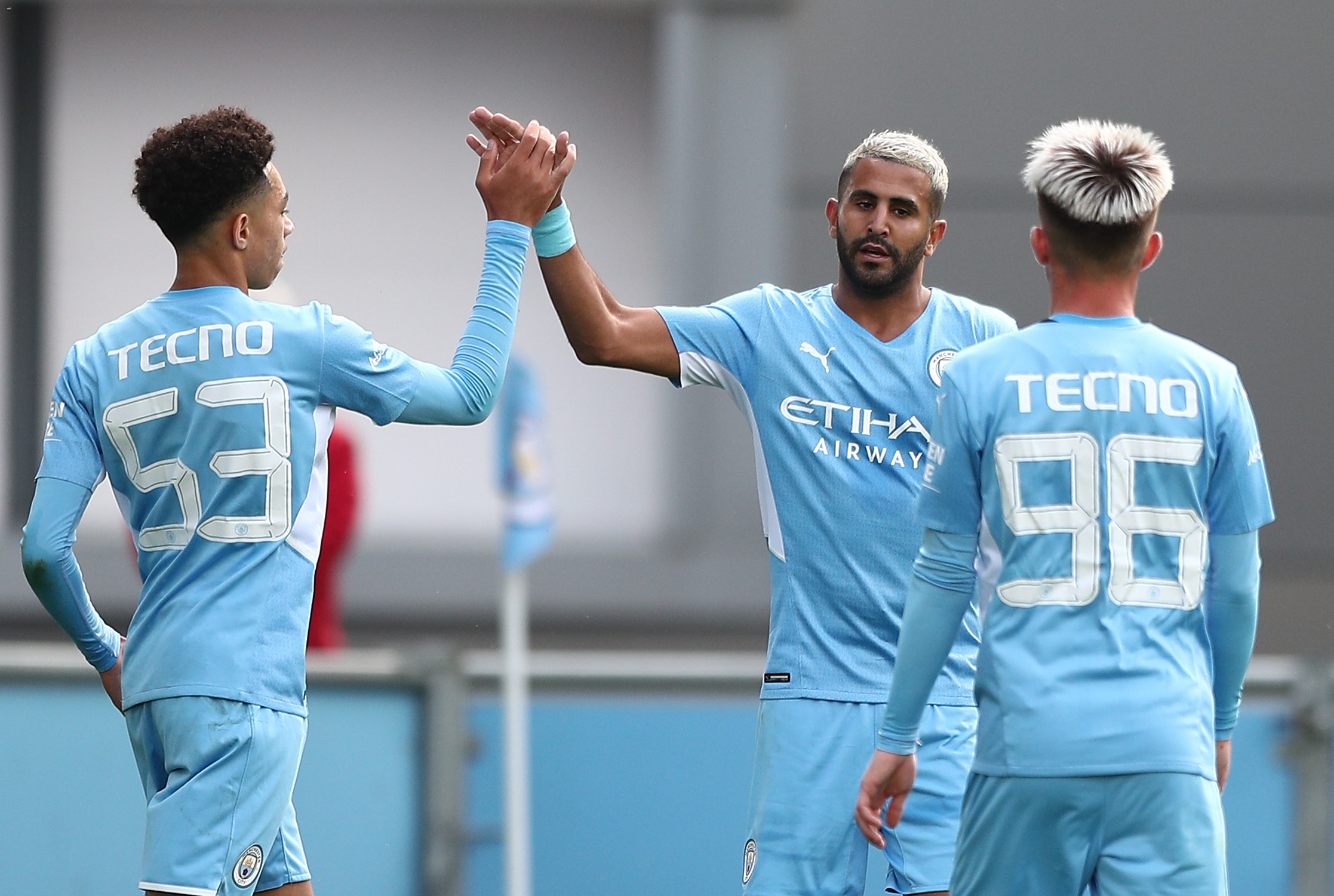 But the £60 million Algerian ace has picked up where he left off last season over the past week.

He scored a trademark free-kick against Preston on Tuesday and was on the mark here too – as well as having a hand in two other goals.

Kevin de Bruyne only returned to the club on Thursday and he turned up to watch his team-mates – wearing an eye-catching lumberjack shirt.

Whatever happens with Grealish – it won’t be the Belgian superstar facing the axe.

Mahrez is determined it won’t be him either and he created the first goal when his cross from the right took out keeper Brad Collins and Sam Edozie tapped in.

The former Leicester man is clearly in the groove ahead of the meeting with his old club at Wembley on Saturday.

He linked up with Joao Cancelo who teed up another youngster Ben Knight to score.

Mahrez then helped himself to a goal when he got on the end of Benjamin Mendy’s cross to sweep home at the back post.

There could have been a fourth before the break but Cole Palmer saw his penalty saved by Collins in the Tykes goal.

Defender Nathan Ake got in on the act after the break when he stabbed home after a scramble in the box.

Guardiola was able to give first team stars Ilkay Gundogan and Oleks Zinchenko a run-out in the second half after they returned to training in midweek.