Magpies recruit Jordan Roughead has a point to prove Jordan Roughead was strolling along Richmond's Bridge Road seven weeks ago with his girlfriend, Bridget, when his mobile phone rang.

On the line was Collingwood coach, Nathan Buckley, calling from an off-season sabbatical in Italy to confirm that the Pies were going to trade Roughead in on a two-year contract.

The paperwork only went through with 16 minutes left in Octorber's trade period, sending a fourth-round pick back the other way to Whitten Oval.

For a while it had seemed that the Dogs' 200cm ruckman/key defender was headed to West Coast, but the Eagles instead opted to bring in St Kilda's Tom Hickey, leaving a cloud over Roughead's landing place. 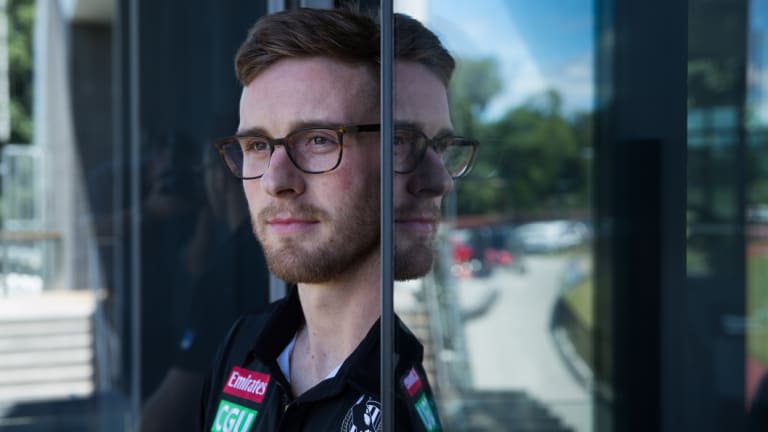 ''Initially I wasn't sure where that was going to be,'' he said, but several conversations with Collingwood recruiting staff and coaches – including his former captain Matthew Boyd – convinced him the Holden Centre was an apt destination. 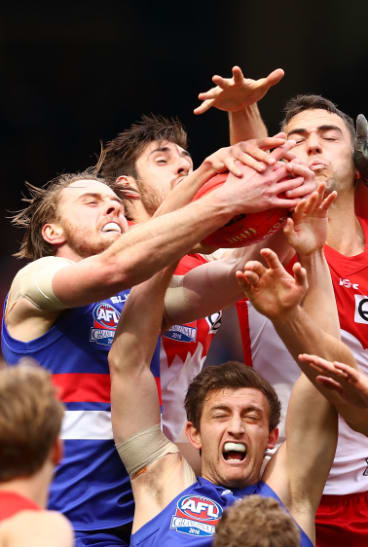 What Roughead knew without question was that he needed a new challenge outside the Dogs' kennel. There was no bad blood, no beef with the coach, and the club even helped sound out rival clubs.

''I'd made a decision at the end of the season that I wanted a new opportunity and a new club to call home,'' the recently-turned 28-year-old said.

It seems remarkable that a man who, just 24 months earlier, had played a pivotal role in the Bulldogs' drought-breaking premiership, did not have a line of suitors for his services, and to some degree the 138-game veteran will draw upon that time in limbo as motivation.

"I'd got a little bit stale at the Bulldogs. I'd spent 10 years there and was just looking for a freshen up and an opportunity to turn myself into the best player I thought I could be for the last few years of my career.

"I was looking for a fresh start and a new opportunity somewhere, but (the uncertainty of waiting) was a bit unsettling and I was a bit unsure for a while, but an opportunity came up at the Pies and it was one that I couldn't say no to.

"I'm really excited about my future here and it's great to come on board at a time when the club and the team are performing really well.''

He expects to primarily play as a key defender, but knows he may be deployed for stints in the ruck.

After the phone conversation with Buckley, Roughead headed off for a break in the US to "put my feet up for a few weeks'', taking in a diverse range of activities from NBA and NFL matches, to Broadway shows and some opera, two of performance artist Bridget's passions.

But Roughead, now entering his 11th AFL season, was back in late November to join in training with the 1-4 year Collingwood players. 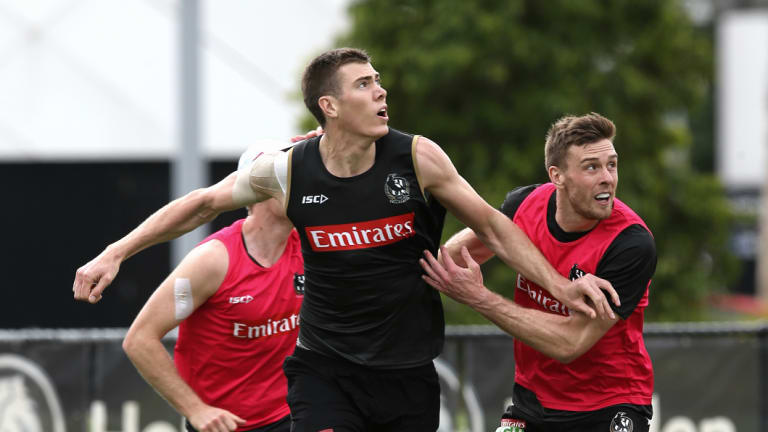 "It's a fresh start and it was really good to be at training the first couple of weeks with mainly the young crew and to get to know a couple of the boys,'' he said.

"I think there's a real hunger, which was really evident in the work the 1-4 year players did in the two weeks before the senior guys came back.

"They were really pushing their limits and trying to get better. And it's something a few of them have spoken to me about, that hunger.

"While they performed really well last year and made it to the grand final there's that passion to win a grand final.''