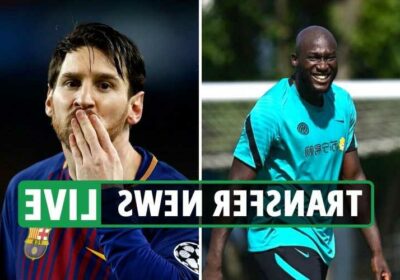 ROMELU LUKAKU is nearing a return to Chelsea with the Blues closing in on a £100m-plus agreement with Inter Milan.

Kane has taken to his social media and claims he would 'never refuse to train', with the England forward saying he will 'return to training' with Tottenham on Saturday.

The Argentine superstar left Barcelona after contract talks with the Catalan giants broken down over La Liga Fair Play rules – and the French giants are reportedly in the driving seat.