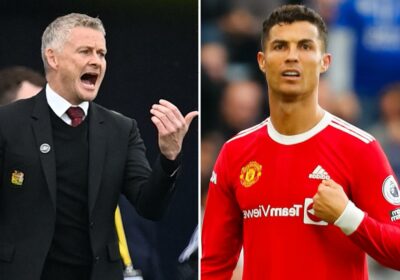 LIVID Cristiano Ronaldo was stopped from storming off the pitch following Manchester United's loss at Leicester.

The 36-year-old was a dejected figure after United's Premier League title hopes took another huge dent. 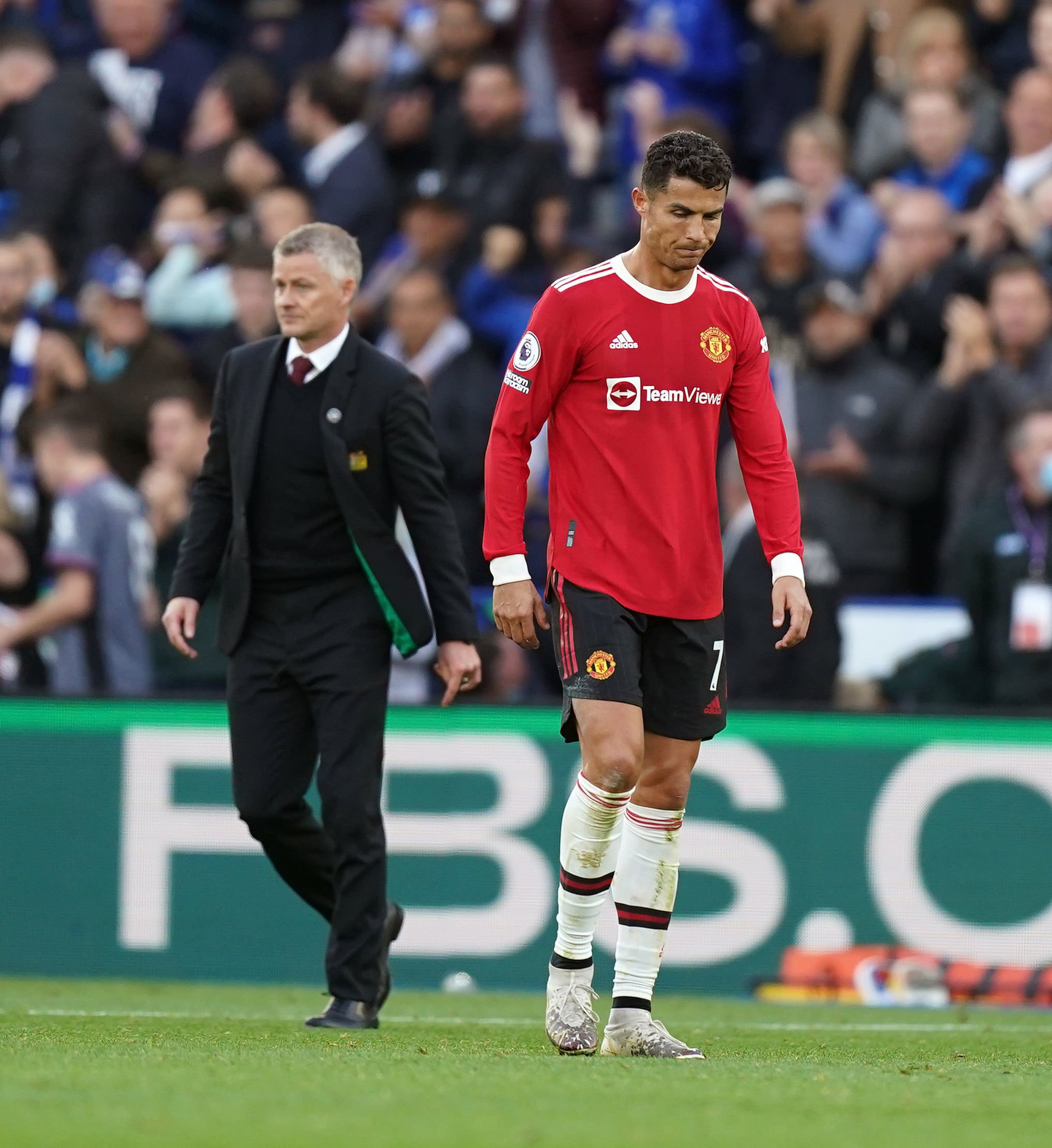 The Red Devils were smashed 4-2 at the Foxes, leaving them lying down in fifth, five points off leaders Chelsea.

According to reports, Ronaldo was fuming at the full-time whistle and went to go straight back to the dressing room.

However, he was stopped by Ole Gunnar Solskjaer who pointed to the away supporters.

Ronaldo is believed to have turned and clapped them for making the 100-mile journey.

United's loss saw the end of a staggering 29 unbeaten away spell, a Premier League record.

It was the first time they have been beaten outside of Old Trafford since January 2020.

It is not the first time Ronaldo has shown his discontent this season, and was upset following the Everton clash.

According to talkSPORT pundit Andros Towsend, he was muttering under his breath in Portuguese at the end.

It came after a drab 1-1 draw where the ex-Real Madrid started on the substitutes bench.

Following his latest show off anger, United fans were mixed about his performances in recent weeks.

One fan said: "Can't blame him? He was the worst player on the pitch for the 2nd game."

Another added: "He had 2 great opportunities to score and he fluffed them both.

"Either you didn't watch the game, or the fanboy in you refused to acknowledge it."