LIONEL MESSI and Cristiano Ronaldo both trained alone ahead of the start to their seasons.

The pair are battling back from injury in a race to be fit for the start of the campaign. 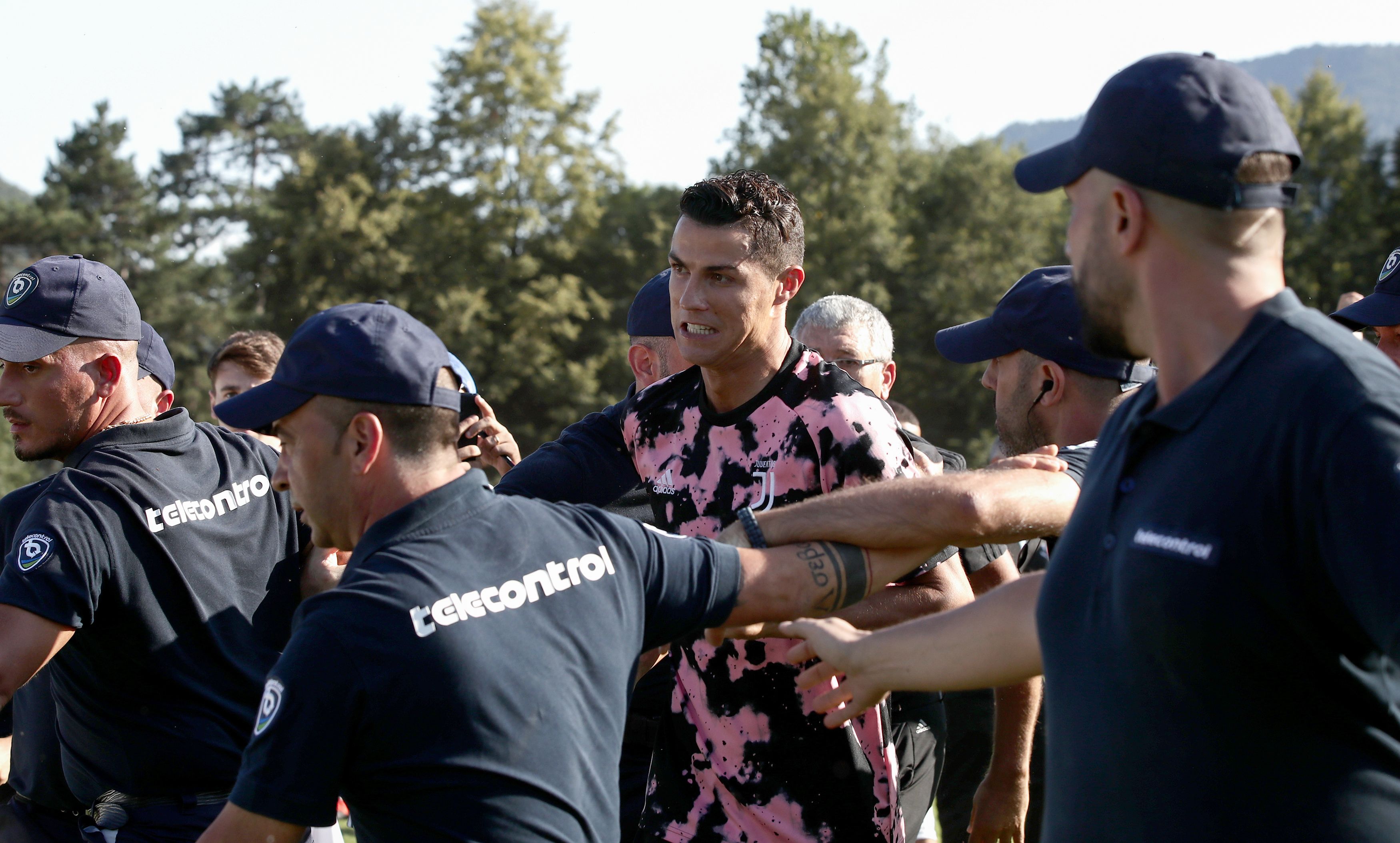 Ronaldo, 34, sat out of Juve's Villar Perosa friendly against their B team and trained by himself due to "slight fatigue on his left adductor" (thigh), according to the Italian giants.

Juve beat their second team 3-1 but Ronaldo and co had to be escorted from the pitch by security services after fans invaded the pitch.

The game attracts local families from the surrounding area who are given the chance to meet their heroes.

But as is tradition in the annual clash, fans stormed the pitch afterwards in a bid to get close and personal to their heroes.

Ronaldo was seen looking uncomfortable as he was surrounded by officers while fans were desperate to take selfies.

And Messi, 32, was filmed training alone with Barca fitness coach Juanjo Brau as he continues his recovery from a calf injury.

The Argentine picked up the injury in his first pre-season session last Monday and missed Barca's tour of the United States as a result. 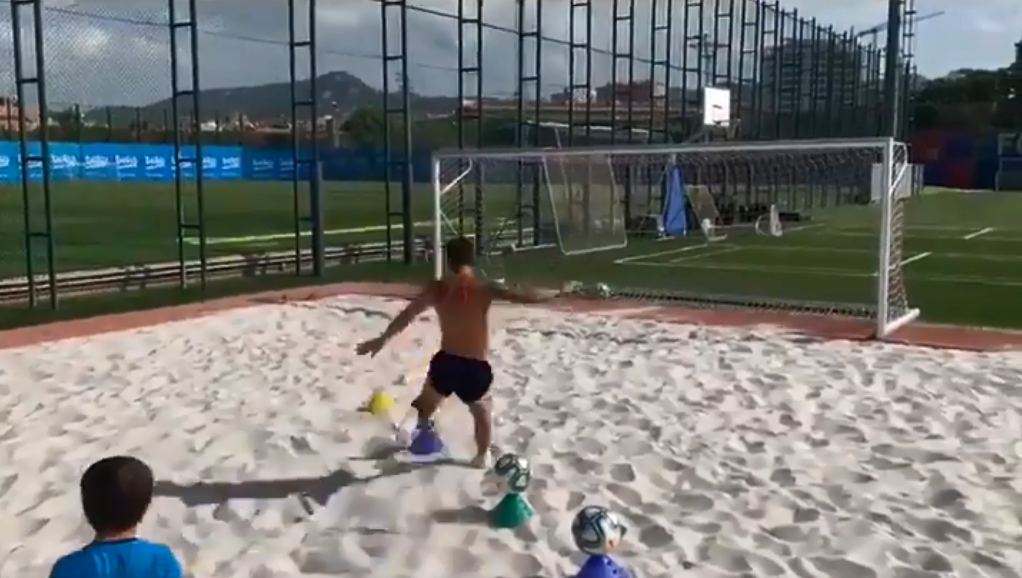