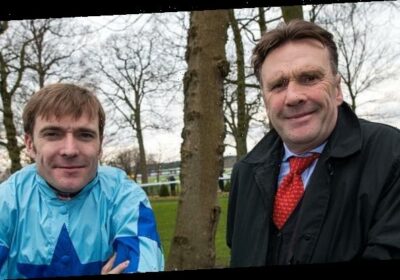 A Grand day out… legendary jockey Peter Scudamore and son Tom, who rides this Saturday’s favourite Cloth Cap, discuss the magic of the National

Tom Scudamore rides favourite Cloth Cap in Saturday’s Grand National, aiming to extend an amazing family record in the race which his grandfather Michael won on Oxo in 1959.

Tom’s champion jockey father Peter finished third on Corbiere in 1985 but he has been involved in training three winners.

Racing Correspondent Marcus Townend got Tom and father Peter together.

MARCUS TOWNEND: What are your earliest Grand National memories?

Peter Scudamore: It is a race that has been ingrained in us since the day we could both walk.

Tom Scudamore: The first National I went to was 1988 when dad fell on Strands Of Gold at Becher’s Brook. It was always an enormous disappointment after that. My brother Michael and I would go up to Aintree so excited. We just assumed dad would win because he was champion jockey. 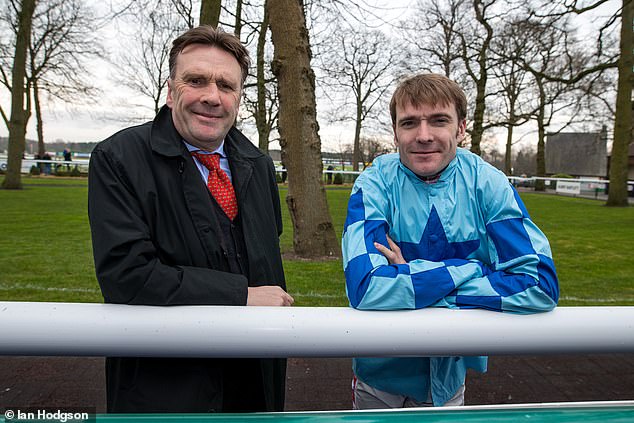 PS: I never went to the Grand National when my dad was riding. The first time I went was when he trained Charles Dickens and came third to Red Rum in 1974.

TS: There is a great picture of grandad and jockey Andy Turnell looking really smart and dad looking like a Bay City Roller.

PS: I don’t think it exists any more! I had long hair, flared trousers and a bomber jacket. Flared trousers had only just reached Hereford and my father wasn’t best pleased!

MT: Peter, you must have been raised on stories of your dad’s 1959 Grand National win on Oxo.

PS: From an early age we all crave identity and my identity was that my dad had won the National. I remember going to school with a book I had found with a picture of him parading Oxo.

The Grand National is such a part of the British psyche, like a Test match at Lord’s, Wimbledon and the FA Cup final. It identifies us.

It made my dad famous and I hung on to it.

I remember him telling us when he was second in the National, there was still a welcoming party for him when he got back to Herefordshire. When he won it, one of the smart hotels in Hereford had a dinner for him.

TS: You think your father is your superhero growing up. He was champion jockey and I thought he was invincible. But we’d go to all these amazing things like A Question Of Sport and This Is Your Life and all people asked him was if he’d won the National. 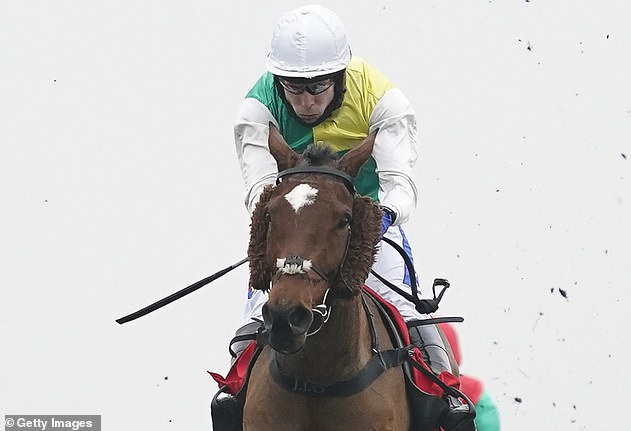 My grandfather had, so every time he was there, people would swarm around him. They weren’t interested in all dad’s incredible achievements!

MT: Your grandfather must have told you some wonderful Grand National stories.

TS: With a bit of thought, I could sit down and tell you about every single National ride he had; where he fell, how he was going, where he finished. His stories included the time he reckoned the starter panicked. They all lined up in the wrong direction. He was among eight or nine who fell at the first.

PS: We could have ridden over Becher’s in our sleep. It was ingrained in us. My father told the story of when he never got paid when he was second for the wealthy owner Dorothy Paget.

He was told she gave you a five per cent bonus if you were placed and 10 per cent if you won. Grandad got paid his riding fee but nothing more. He was always sure trainer Fulke Walwyn had pocketed his bonus.

When Paget died, my old boss Martin Pipe bought all her diaries and memorabilia. He found a letter Paget had written to Walwyn on the eve of the National telling him to let Scudamore know about the bonuses. It was finally the proof he needed!

He used to moan once a month and we never believed him.

MT: Tom, your grandad held the record for the most consecutive Grand National rides — 16.

TS: Dickie Johnson beat it. I would have but I dislocated a shoulder in 2011. I would have ridden if it was just a broken collar bone!

MT: Can you believe you have now ridden in 18 Grand Nationals?

TS: The excitement is the same. You get carried away in the first one. You’re riding the occasion, not the horse. But I learnt a lot from it and swore I was not going to do it again. 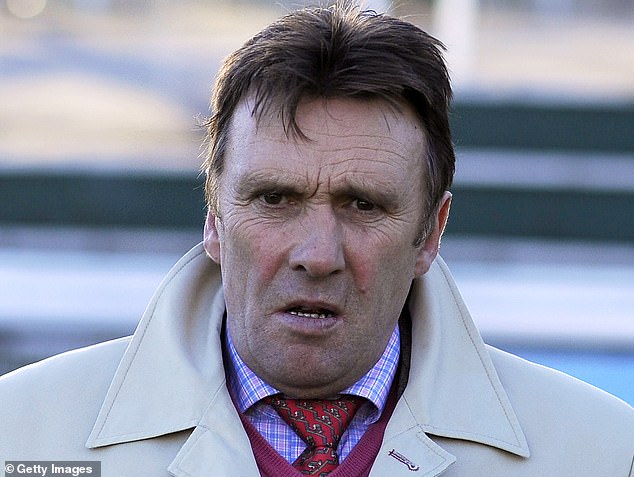 PS: When I first started, you felt if you didn’t get a ride in the National, you weren’t a top jockey. My first ride was 20-1 shot Cheers who was last of 12 finishers in 1981. I would have ridden anything round there.

MT: Corbiere’s third place in 1985 was your best finish Peter. Was that the one that got away?

PS: My best chance was Strands Of Gold who fell, the year Rhyme ’N’ Reason won. He was going very well. I felt the history of the race riding Corbiere. I remember between the third and second-last fences, John Burke, who won in 1976, was leaning on the rail after falling. He shouted, ‘Go on Scu, win the National’.

I couldn’t help but think of dad. Then Phil Tuck on runner-up Mr Snugfit and Hywel Davies on winner Last Suspect came past me!

TS: I heard grandad in my head the first time I won over the Grand National fences on Pool Master in the 2014 Grand Sefton Chase and also when I rode Soll to ninth in the 2015 National. He was going so well. 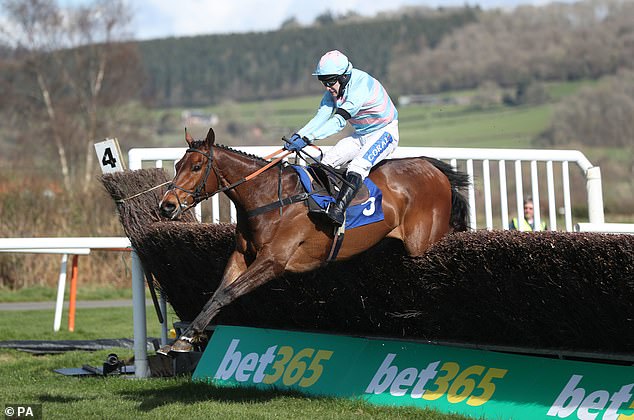 Grandad was a stickler for things; jumping the last fence on the inside with your whip in your left hand, going straight to the Elbow on the run-in, getting the rail and pulling your whip to your right hand.

He used to say races at Liverpool are lost at the Canal Turn but more will be lost from the last fence to the point of the Elbow. Get your angles right.

MT: Tom, you are two wins from two on Cloth Cap and he is the hot favourite for Saturday’s race.

TS: I respect Ted Walsh-trained Any Second Now but I am not concerned about everybody else. It is what Cloth Cap can do.

PS: I like Any Second Now as well and Magic Of Life must have a chance. Bristol De Mai is a class horse while Kimberlite Candy and Welsh National winner Secret Reprieve are on my shortlist. 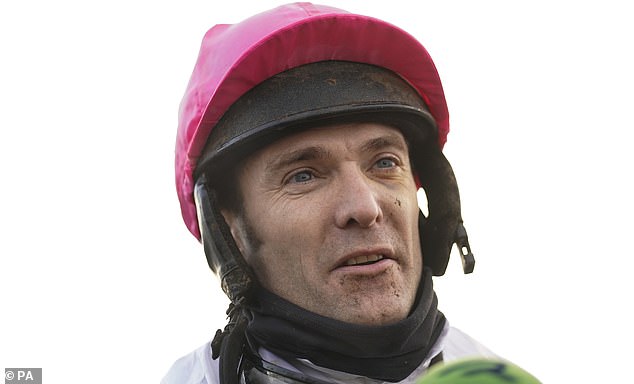 But Cloth Cap looks the best handicapped in the race and conditions will suit him. If you asked the jockeys, the majority would want to ride him. But that doesn’t make him a value bet at 4-1!

MT: Will you be getting any last-minute advice from your father, Tom?

PS: Of course we will talk, but we’ve been doing that for 30 years, so there’s not much to add.

TS: I have asked my dad all the questions during my childhood. Now it is down to me and Cloth Cap. We have to trust ourselves.