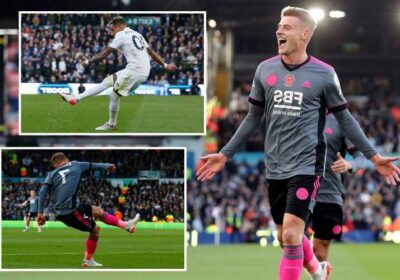 THEY may never admit it but Leeds fans surely know it deep down – Raphinha is too good for them.

And if the Whites continue treading water at the wrong end of the table, then they better enjoy him while it lasts. 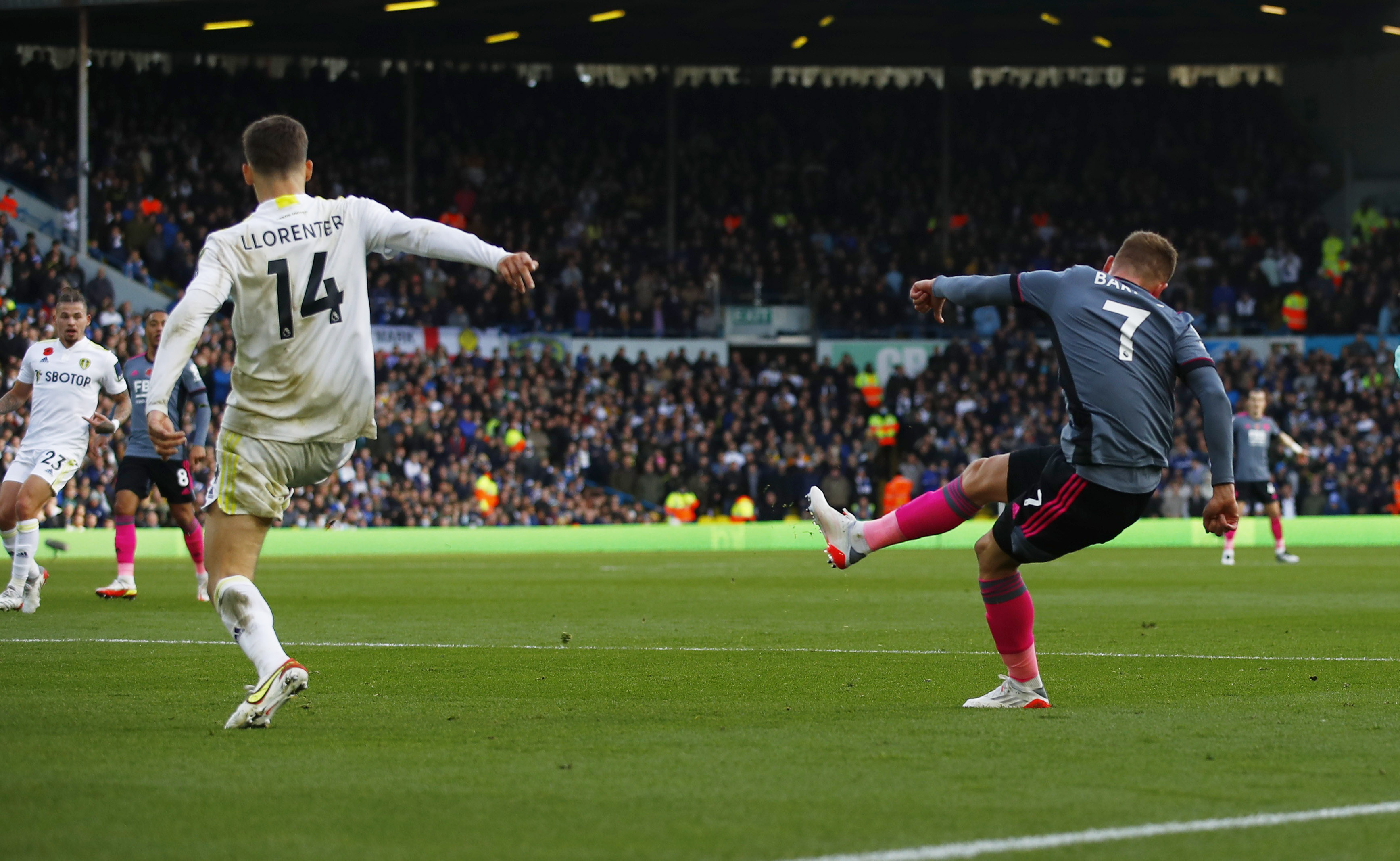 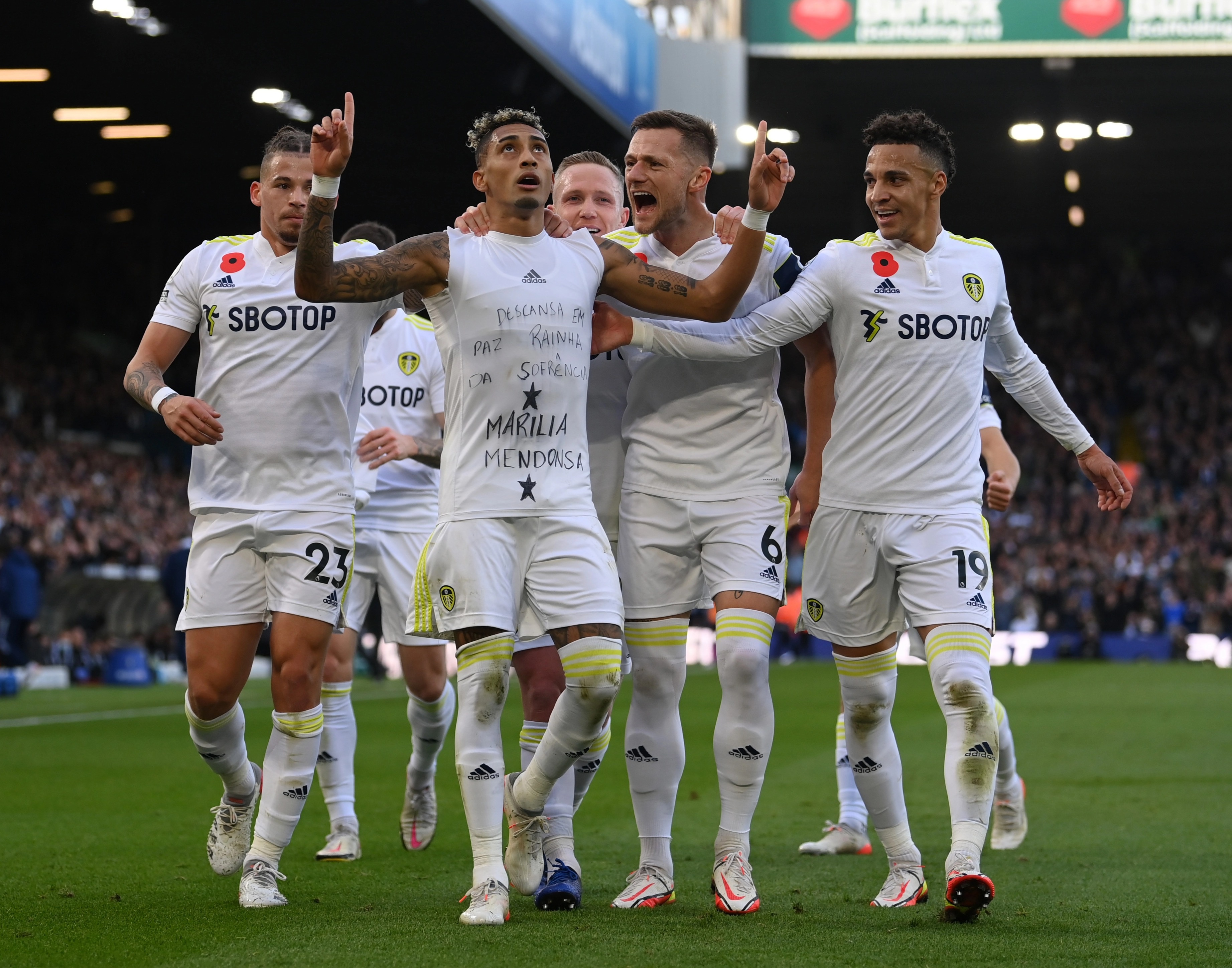 The best player seen in these parts since the early 2000s, Raphinha’s stock is rising every week.

The winger's opener was another peach, a wicked free-kick from the right which flew past everyone into the far corner.

It was the Brazilian’s fifth of the season, meaning he has bagged 45 per cent of Leeds’ 11 goals.

He whipped his shirt to dedicate the goal to Brazilian singer Marilia Mendonca, who died in a plane crash on Friday.

Now a Samba star in his own right having made his international debut in October, Raphinha is hot property.

In his second season at Elland Road after signing from French side Rennes for £20.7million, the Whites should be able to triple their money no problem.

No doubt they will do everything to keep him, but whereas fellow star man Kalvin Phillips is Leeds through and through, Raphinha won’t want to be slumming it in the bottom half for much longer.

His pearler was cancelled out by Harvey Barnes’ own stunner from a tight angle.

Both sides had plenty of chances to win it, with a draw leaving Leicester 12th and Leeds 15th, three points above the bottom three.

Leeds were still without Patrick Bamford, Luke Ayling and Robin Koch but welcomed back injury-plagued midfielder Adam Forshaw for a first league start since August 2019.

Brendan Rodgers shuffled his pack after drawing against Spartak Moscow, with Jamie Vardy’s return one of five changes.

Both sides came out swinging from the first bell to make a frantic, beautifully unstructured game.

The hosts had the best chances early with the Foxes indebted to Kasper Schmeichel – the Dane first clawing away Jack Harrison’s deflected, looping effort before denying Phillips from the resulting corner.

Raphinha – as ever – was a cut above his team-mates, looking dangerous with every touch even before his opener 26 minutes in.

The Brazilian won the free-kick through his trickery and, from out to the right of the box, whipped in a low, vicious ball.

Into the corridor of uncertainty, nobody got a touch as it flew past Schmeichel to send Elland Road wild.

But seconds later and the ground was silenced as Barnes outdid Raphinha with his own stunner – from an even harder angle – for his first Premier League goal of the season.

From the restart Leicester pumped long and it fell to the winger outside the box on the left.

Barnes then advanced into the area, shifted it onto his right peg and left Illan Meslier stranded as he bent an absolute beauty into the far corner.

Youri Tielemans then had a chance to put the visitors ahead just before the break but was off balance having been played in by Ademola Lookman and lashed over.

The Whites were back on top after the break and somehow failed to take the lead following a miss of the season contender from Jack Harrison.

Raphinha’s corner was glanced to the back post by Phillips but, one yard out and unmarked, he managed to spoon it over with his thigh.

Yet as Leeds flew forward it was Leicester with the next goal – only for VAR to rule it out.

Vardy nodded Tielemans’ corner on, with Lookman poking into an empty net.

There was no real complaint from the hosts but just as everybody got ready for kick-off the call came through and it was disallowed for Lookman being inches offside.

Leeds skipper Liam Cooper’s calamitous touch then handed Tielemens a golden chance on a plate to win it, but Meslier rushed out to smother the Belgian.

At the other end Dan James showed a characteristic lack of composure, smashing over with his left foot just as things opened for the Welshman.

The finishing from both sides was getting worse and worse as time wore on, with Foxes defender scuffing a great chance wide following a spill from Meslier.

The final chance of this pulsating clash fell to Raphinha but, for once, he could not deliver as he leathered one over in stoppage time. 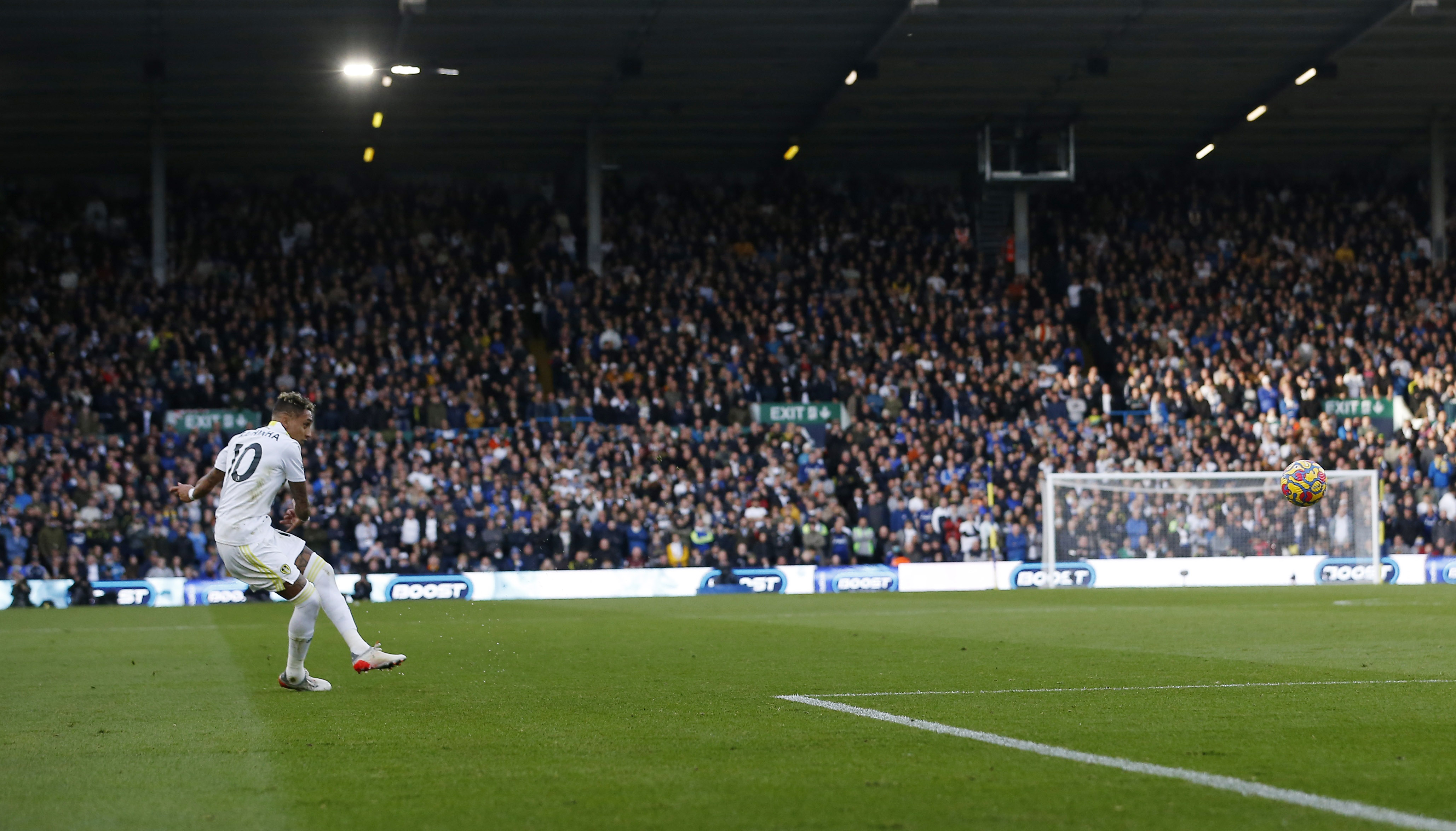 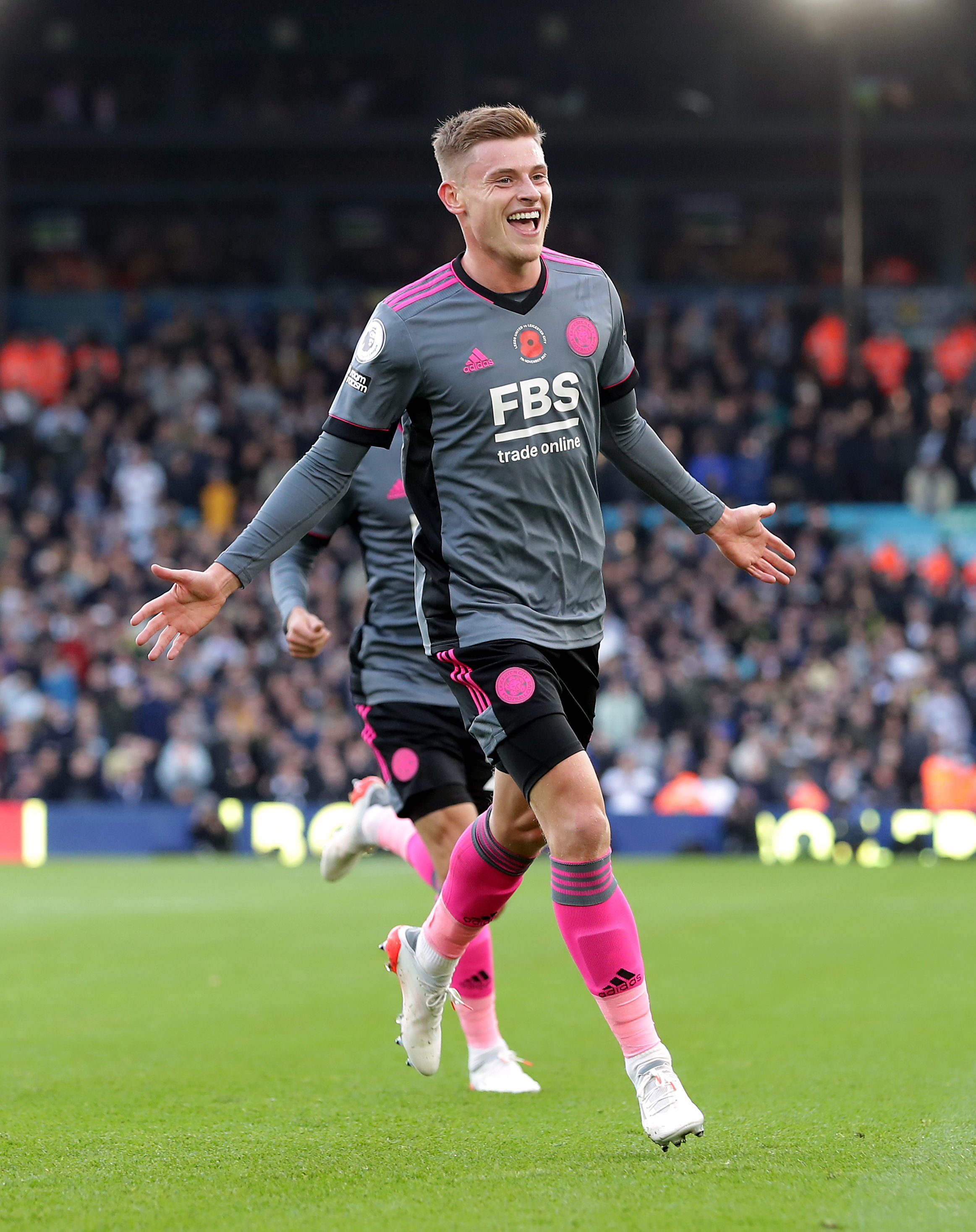 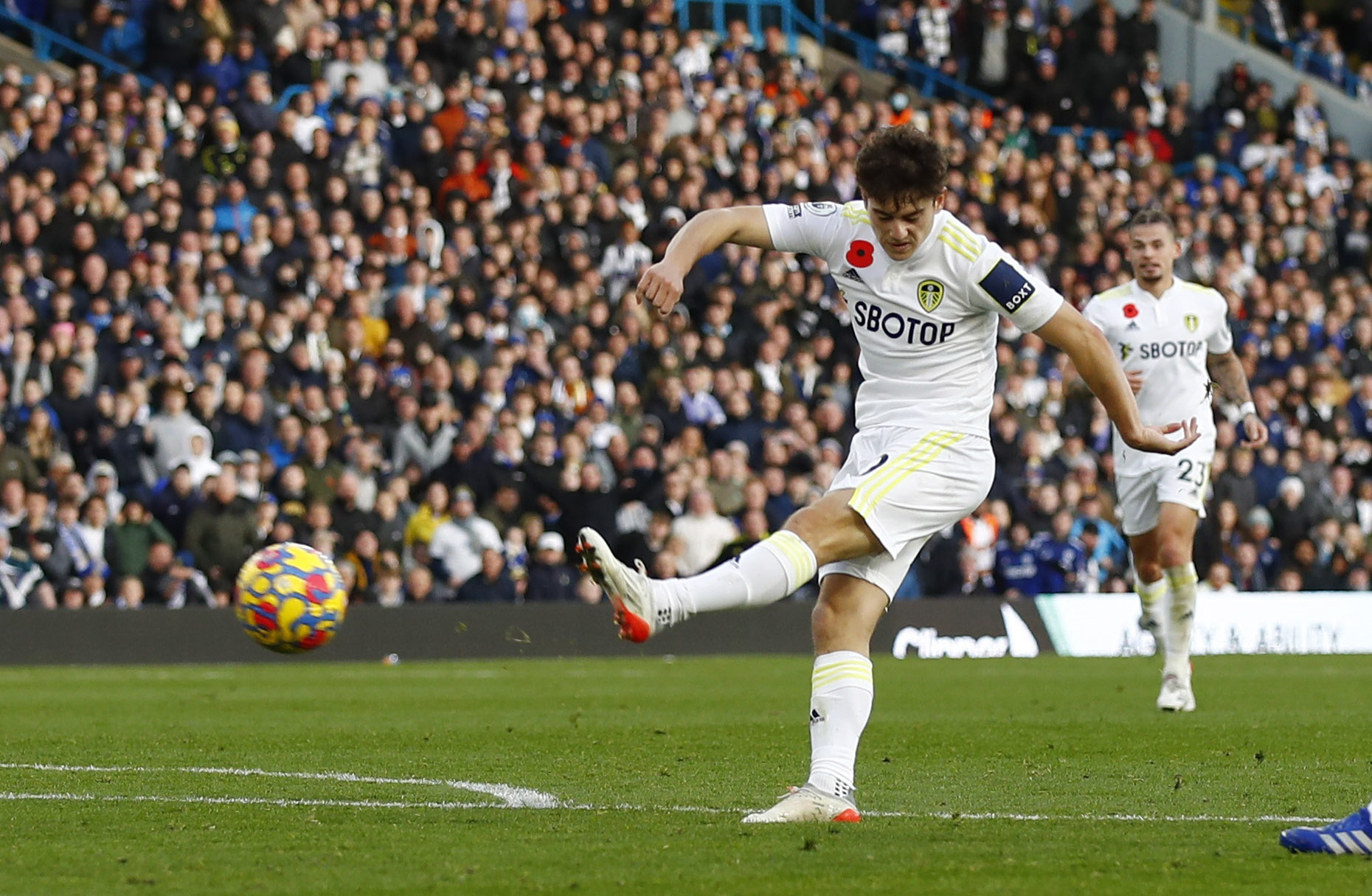 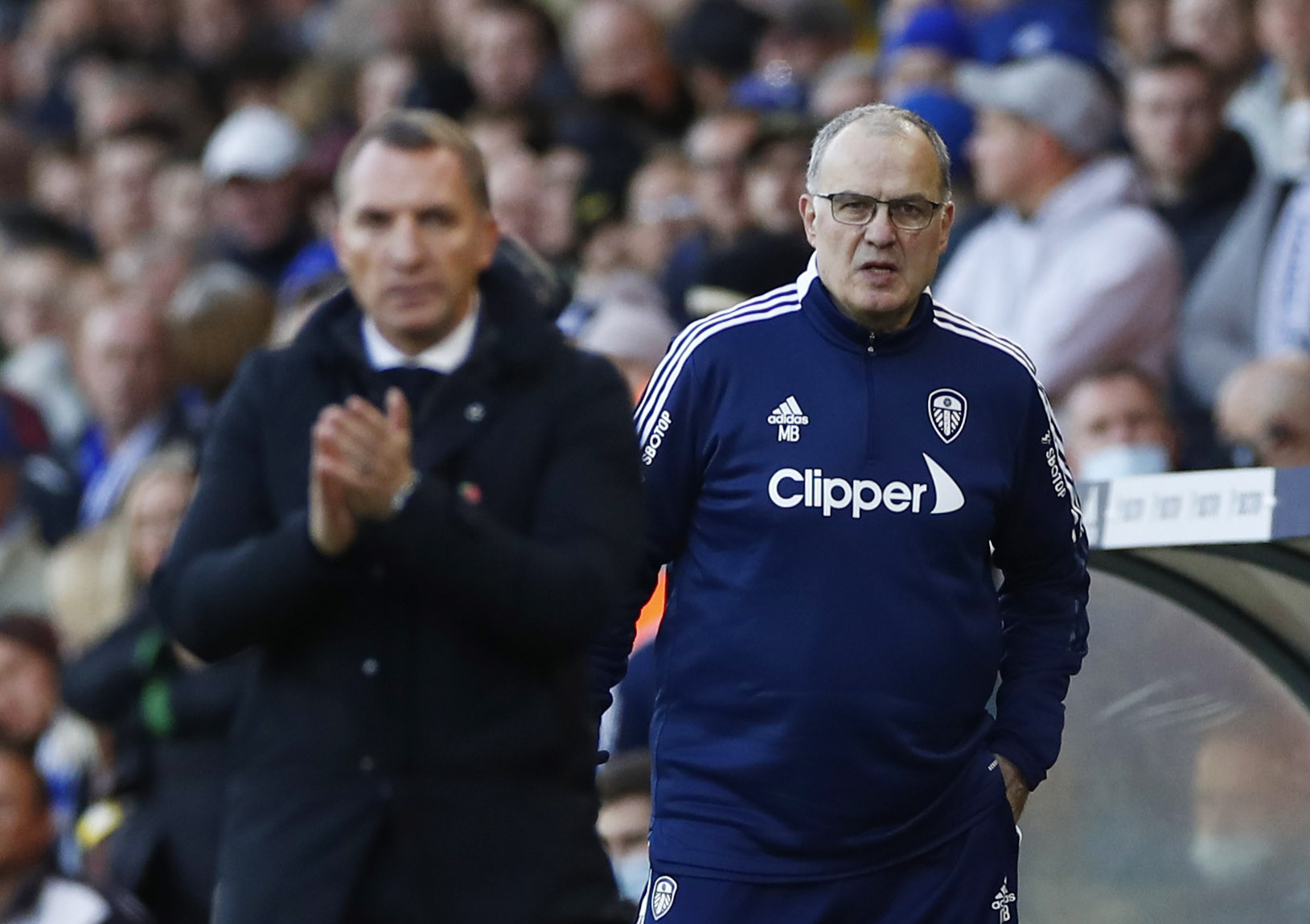