Some of the highest-profile convictions in NSW thoroughbred racing have been thrust back into the spotlight after a sensational decision by the Racing Appeals Tribunal, which ruled stewards had been wrongly charging people under an Australian rule of racing for up to a decade.

Racing Appeals Tribunal head David Armati said on Friday Racing NSW stewards should never have had the power to penalise people in the way they were using AR175. The rule has been included in some of the state's biggest inquiries in recent years. 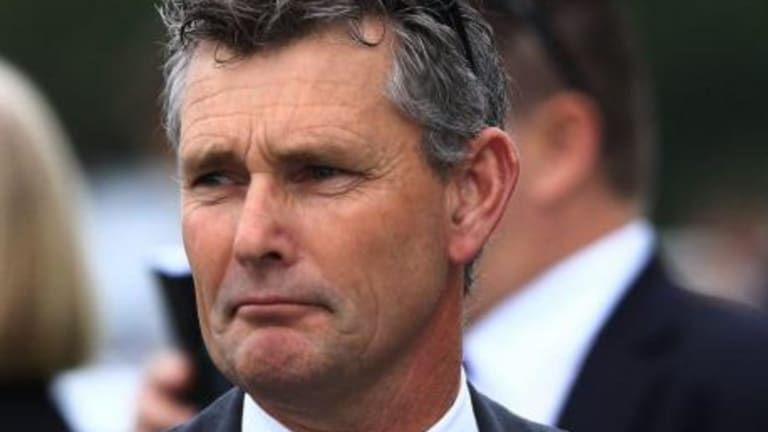 Two of the longest bans handed out in NSW to trainers Darren Smith and Sam Kavanagh over cobalt use involved charges under AR175. Smith (15 years) and Kavanagh (six years and three months) were handed virtual career-ending stints on the sidelines by the industry regulator.

The highly publicised sale of an ex-Chris Waller-trained horse to Hong Kong involved charges against Richard Callander and Liam Prior subject to the same rule, while prominent owner John Singleton was slapped with a $15,000 fine over the More Joyous affair under AR175A for conduct prejudicial to the image of racing.

Armati's judgment was made after a submission in a recent case by the legal counsel for long-time licensee Carl Poidevin, who challenged whether stipes were in fact allowed to charge him under AR175 acting on the authority of Racing NSW chief executive Peter V'landys.

Stewards argued the Racing NSW board had delegated powers to V'landys, who in turn has sub-delegated to the chief steward the power to penalise people under AR175.

But their plea was dismissed by Armati in a judgement that has sent the racing industry into a tailspin about the potential ramifications. Armati said V'landys needed to delegate the powers to a committee rather than a single person, such as a chief steward, a change V'landys said he would make "in 10 seconds".

But Fairfax Media understands a number of persons charged under AR175 had started considering their options on Friday.

"AR175 is the rule that prescribes 30 offences under the rules of racing," Poidevin's legal counsel Paul O'Sullivan said. "Stewards having been charging persons under AR175 and imposing penalties, which include suspensions and disqualifications.

"Today's decision of the Racing Appeals Tribunal in the matter of Poidevin confirms that the stewards are not empowered to penalise under AR175. Persons who may have been wrongly penalised may now wish to consider redress."

It's understood at least one high-profile case involving a group 1-winning jockey was adjourned in response to the ongoing wrangling over the rule in NSW after being due to resume in Victoria.

V'landys stressed Armati's decision would not have any impact on previous cases.

"It's a minor procedural deficiency which is rectified within 10 seconds," he told Fairfax Media. "We'll correct it. We respect the judge's decision and we'll apply that change quickly."

An inquiry involving Newcastle trainer Ben Smith also entails charges under AR175. His hearing, which was due to resume next week, has been adjourned after Friday's decision.

The news of the legal drama for Racing NSW comes just 48 hours after they announced the creation of the $7.5 million Golden Eagle, a race set to be the world's third richest on turf and the centrepiece of a new suite of events to bolster Sydney's spring carnival.

But the race attracted a stinging rebuke from the Victoria Racing Club because the Golden Eagle will be held on the same day as Flemington's Derby Day, which starts the Melbourne Cup carnival.

Meanwhile, stewards announced on Friday elevated levels of cobalt had been found in the samples from four Ben Smith-trained horses both on raceday and out of competition. One included a non-raceday sample taken from group 1-winning filly El Dorado Dreaming in September.