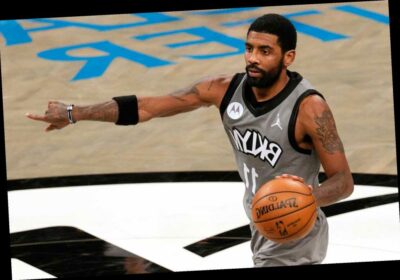 Steve Nash has often eschewed calling timeouts, saying he wants his Brooklyn Nets to play through things themselves and problem solve on the floor.

On Sunday, Kyrie Irving took matters into his own hands during Brooklyn’s 123-122 loss to the Wizards at Barclays Center.

Brooklyn’s defense was in disarray and getting torn up on switches by Washington’s Rui Hachimura. The forward scored three Wizards baskets and assisted on the fourth in a run before Irving called a timeout with 7:35 in the third.

Asked to elaborate on the seeming disconnect between the bench and the players, Irving pushed back against the question.

“Disconnect? I don’t know what you’re talking about,” he snapped. “This is basketball. It’s pretty simple.”

Kevin Durant claimed not to have noticed the whole affair.

“I didn’t even see that,” said Durant. “But Steve knows when to call timeouts. He knows what he’s doing over there. We all trust him. He’s only going to get more comfortable as time goes on.”

Durant and Irving were doing their own on-court coaching.

Irving appeared to counsel Caris LeVert after his young teammate picked up a technical. And Durant pulled Joe Harris aside after a defensive breakdown and implored the small forward not to get caught over-helping him, something both have admitted the Nets have been guilty of.

“I had my guy bottled up, and I [saw] somebody out the side of my eye just coming over trying to, I guess, just trying to give some resistance,” said Durant. “I told guys, if I’ve got somebody inside the 3-point line and they pick their dribble up, there’s no need for you to help. And Joe understood.“And I also told him that he can guard, so you don’t have to help so much on him. He can guard it one-on-one. I think we’re all starting to understand each other even more. It’s only going to get better.”

There was a lot of coaching going on out on the court, with Nets players talking to one another. Irving saw a value in those teachable moments.

“It’s basketball. We should be able to communicate out there openly,” said Irving. “So just want to make adjustments on the fly. Just got to continue to get better at that.”

LeVert had just six points on 3 of 13 shooting. He sat down the stretch in favor of Timothe Luwawu-Cabarrot, who bounced back with 14 points on 4 of 5 shooting from deep.

Spencer Dinwiddie hasn’t had surgery yet, but he posted a picture on Instagram of himself working out. Nash commented that the versatile guard’s absence is underrated.

“He’s almost the forgotten guy in a sense when you throw him out there in the lineup, but he’s about as well-rounded a player as we have along with Kevin and Ky,” said Nash.

“He has great size. … He defends well for his position, he’s one of our best athletes, and he can score, playmake, handle the ball and brings a lot to the table. So we miss a lot. He fills a lot of gaps for our team.”

Hall of Famer Paul Westphal died Saturday at the age of 70. His last position in the NBA was as a Nets assistant in 2016.

He was diagnosed with brain cancer last August.

“The Brooklyn Nets mourn the loss of former Nets assistant coach and Basketball Hall of Famer Paul Westphal,” the Nets said in a statement. “Our thoughts and condolences are with his loved ones.”