Bhubaneshwar: Australia have consoled themselves after their 2018 Hockey World Cup semi-final loss by thrashing England 8-1 in India to take home the bronze. 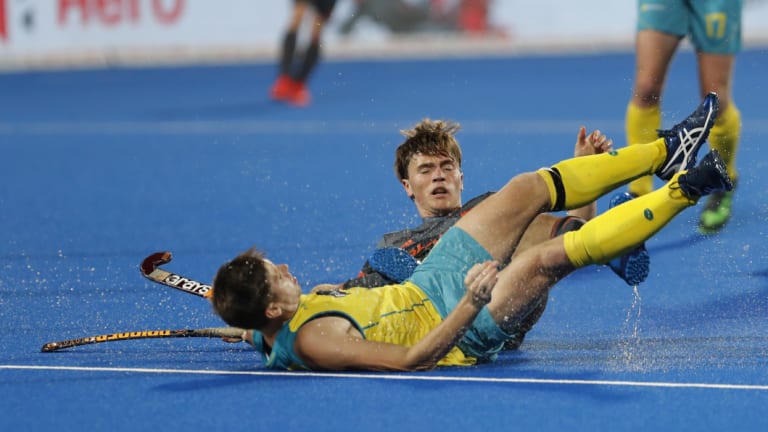 The Kookaburras overcame a disappointing semi-final loss to the Netherlands on Saturday (pictured) to beat England in the bronze medal playoff on Sunday.Credit:AP

Tom Craig netted a hat-trick in a victory that ensured the Kookaburras a podium finish in Bhubaneshwar after the Australians had been beaten by the Netherlands a day ealier in a semi-final shootout.

Teammate Jeremy Howard grabbed a brace with Blake Glovers, Trent Mitton and Tim Brand also getting their names on the scoresheet.

England veteran Barry Middleton grabbed a consolation goal when the match was already beyond doubt.

The Kookaburras dominated with 58 per cent possession and led 20-12 on circle penetrations, 12-9 on shots and 5-3 on penalty corners.

Australia's fifth World Cup bronze, and first since 1994, provides some solace after they lost 4-3 in a penalty shootout with the Netherlands in the semi-finals on Sunday. 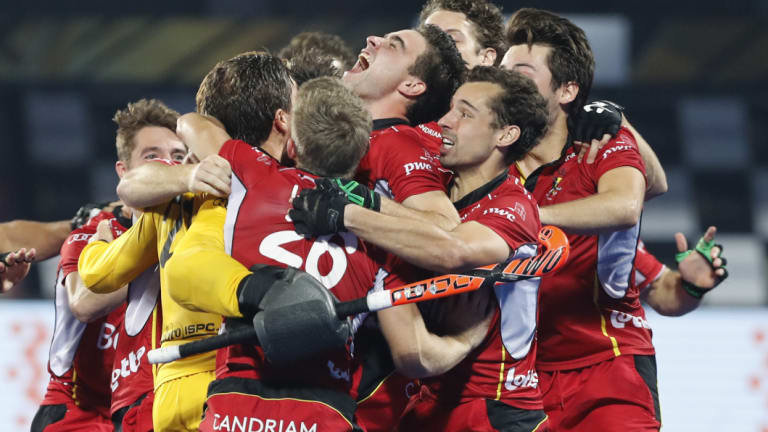 Belgian players celebrate their win over Netherlands in the gold medal game at the Men’s Hockey World Cup at Kalinga Stadium in Bhubaneswar, India on Sunday.Credit:AP

Craig says the team were determined to finish strongly after the heartbreaking loss ended their quest for a third consecutive world title.

The Kookaburras start proceedings early with Craig stealing in the midfield before Govers fired in a reverse stick finish in the eighth minute.

A minute later Craig doubled the advantage by poking in Tim Brand's cutback.

Just after his own keeper Tyler Lovell saved an effort from England's Liam Ansell, Craig added a second after passes from Jake Harvie and Govers in the 19th minute.

Australia ran rampant after the break with Trent Mitton grabbing his first goal of tournament in the 32nd minute before setting up Brand two minutes later.

Craig completed his hat-trick in the 35th minute to put the Kookaburras up 6-0.

England's Middleton then clawed back a far post finish on three-quarter time.

But Australia showed no pity for their northern hemisphere opponents, who had been beaten 6-0 by Belgium only one day earlier to end their dream of reaching their first final in 32 years.

Hayward beat England keeper Harry Gibson in the 57th minute before adding a second off a short corner just three minutes later for the Kookaburras to end 8-1 winners.

Australia are next in action in the inaugural FIH Pro League on February 2 against the Netherlands in Melbourne.