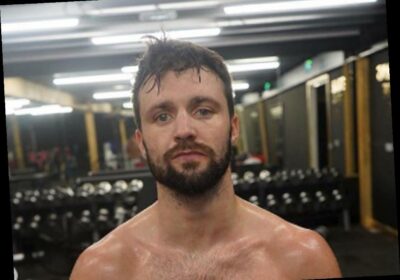 Josh Taylor has teased the potential for a showdown with his “hero” Manny Pacquiao if he emerges victorious against Jose Ramirez.

The Scot has already unified at 140 pounds after his victory over Regis Prograis, and will now look to become the undisputed super lightweight champion with victory over the undefeated American on 22 May.

The 30-year-old, who holds a perfect 17-0 record to date, will defend his WBA and IBF titles, while looking to add the WBC and WBA straps to complete the set and become the first undisputed British champion since Lennox Lewis at heavyweight in 2000.

EXCLUSIVE JOSH TAYLOR INTERVIEW: “I think I should be deservedly in the pound-for-pound list already”

“To share a ring with my hero Pacquiao? That would be brilliant,” Taylor told Sky Sports.

“How many people can say they shared a ring with their hero and beat them? Not many.”

Taylor admires the Filipino and describes him as “an absolute gentleman”, with the 42-year-old still a major contender at 147 pounds and in possession of the WBA world title.

And with Taylor eager to move up in weight should he emerge victorious in Las Vegas, the next goal is to become a two-weight world champion.

Beyond Pacquiao, the biggest names in the division are Errol Spence Jr and Terence Crawford, with the latter especially interesting for Taylor, who is relishing the legacy-defining fights available to him at this stage of his career.

“Crawford? Of course he’s on my radar. It would be a massive fight – two undisputed champions fighting,” he adds.

“These are all longer-term goals. All I’m thinking about now is Ramirez and winning those four belts.”