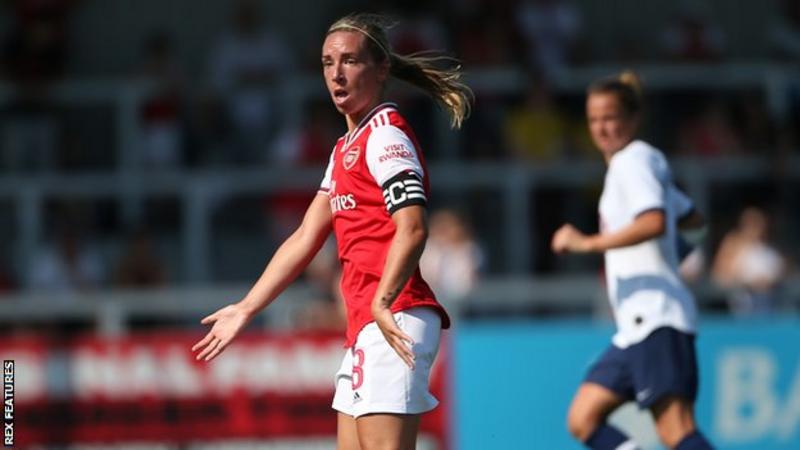 Arsenal and England midfielder Jordan Nobbs scored from her first shot after returning from a serious knee injury in a pre-season win over Tottenham.

The 26-year-old, who is a key player for club and country, missed the World Cup after rupturing her anterior cruciate ligament in November.

But she looks set to start the new Women’s Super League season, which begins on 7 September.

“281 days later… it feels good to be back,” Nobbs said on social media.

She added: “I can’t thanks the fans and players enough, it’s the best badge in the world.”

Nobbs, who had played in a behind-closed-doors game against West Ham earlier this month, was introduced at half-time against newly-promoted Spurs and scored within five minutes of coming on.

Dutch striker Jill Roord, who joined the club in May, also scored a hat-trick in a 6-0 win for the Gunners.

Vivianne Miedema and Jennifer Beattie were also on the scoresheet.