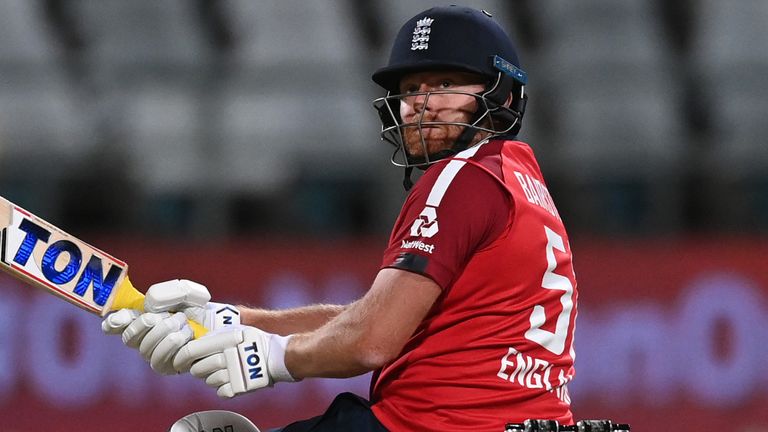 England’s Jonny Bairstow once again proved his adaptability with a match-winning knock in the first T20 against South Africa that combined force and flair, says Mike Atherton.

Bairstow crafted a career-best 86 not out in a five-wicket victory in Cape Town after being moved down from his preferred opening slot to number four in the order.

The Yorkshireman responded by striking four sixes and nine fours off just 48 balls as England overhauled South Africa’s 179-6 with four balls to spare at Cape Town.

“Jonny Bairstow, what a player – he loves this ground,” reflected Sky Sports pundit Atherton. “Four years ago he made his maiden Test hundred on a very emotional day for him.

“This wouldn’t measure up to that, but nevertheless he’ll look back fondly on this innings because there was a lot of discussion ahead of this game and ahead of England’s run-in to the T20 World Cup about his role in this T20 side.

“I certainly don’t doubt that he should be in England’s best T20 side but there were some question marks over whether he should be playing and he has answered that in emphatic style.

“It’s easy to say he sometimes proves people wrong, but who’s to say he hasn’t proved people right in this situation because they moved him to the middle-order at number four because they said he’s much better than some of the others at starting against spin and he proved his adaptability.

“There were many players who struggled on this surface; it wasn’t the easiest to bat on and Jonny Bairstow stood out so he’ll be thrilled with that innings. 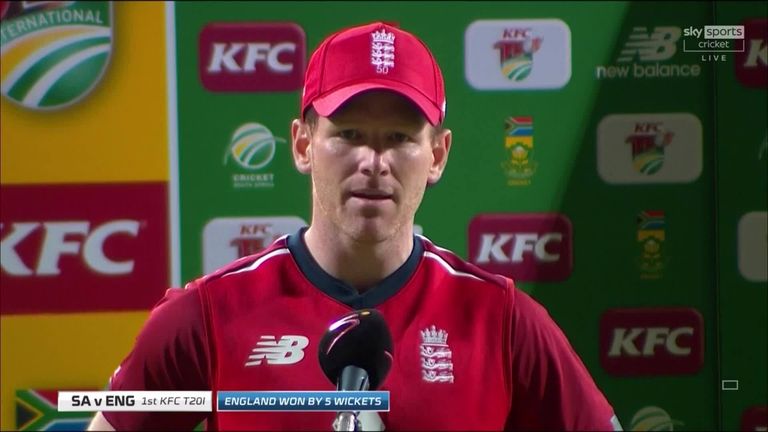 “It wasn’t just about brute strength and force; he is clever the way he hits legside. He picks the bowlers well; he knows which are the ones who are going to be bowling into the surface, he knows the type of slower balls that are coming.

“It has given England a winning start and as they build-up to the T20 World Cup in India in conditions that won’t be dissimilar to that, it’s a nice winning start for them.” 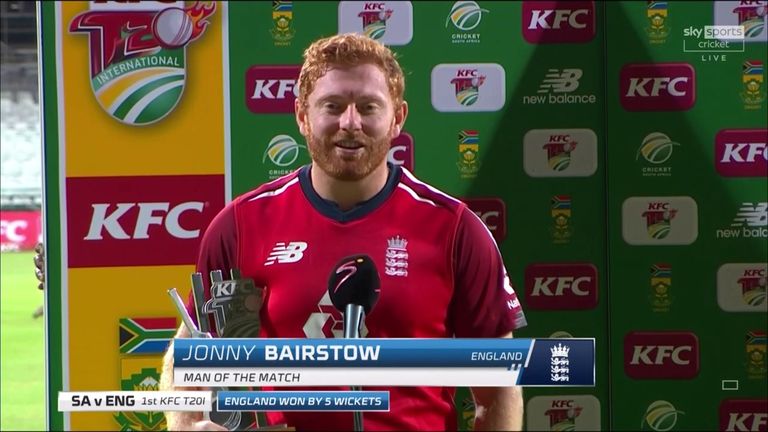 The Proteas’ total was bolstered by 58 from Faf du Plessis but he was one of three victims for England all-rounder Sam Curran, who stood out with the ball by taking figures of 3-28.

“It was a good day for Sam,” said Atherton. “He bowled beautifully with his cutters from around the wicket in the second spell.

“He got a cheap early wicket – it was a poor shot from Bavuma – but when he came back he sized up the conditions very quickly. 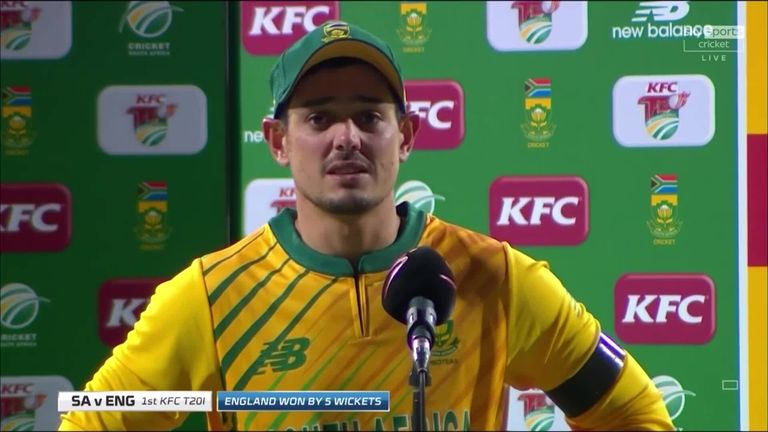 “He came around the wicket immediately, tucking the batsman up, and virtually every ball was some kind of a cutter, taking pace off and making it very difficult for Faf du Plessis, who couldn’t get enough weight on the ball.

“He is a very cute and canny bowler; he knows exactly what he’s doing and he played well in the IPL and is in form.”

Watch the second T20 international, in Paarl, live on Sky Sports Cricket from 12pm on Sunday.