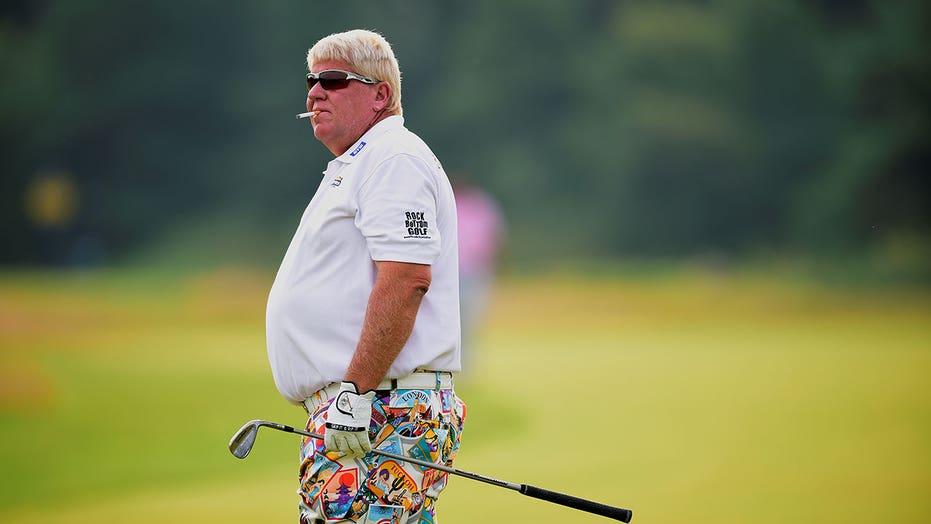 Eccentric pro golfer John Daly revealed Thursday he was diagnosed with bladder cancer and had a procedure to remove the disease.

Daly made the revelation in an interview with the GOLF Channel. He said his doctor told him there was an “85 percent chance it comes back.”

“So I’ve got to go back and see him in three months. They will probably have to cut it out again,” Daly told the network. “It’s probably going to come back, and then another three months that you don’t know. You just don’t know.

“Luckily for me they caught it early, but bladder cancer is something that I don’t know all the details. But it doesn’t look like it may go away. We will just see what happens. Maybe there’s a miracle. … I’m cutting way, way back on the Diet Coke and counting minutes before I can have a cigarette. I’m trying to quit smoking. The doctors aren’t saying it’s too late. Unfortunately, it’s a cancer that keeps coming back. But I’m going to listen to them, and I’m going to try and quit smoking. If it comes back, it comes back. Six months to a year, if it doesn’t go away, I’m going to live my life. I’m gonna have some fun.”

Daly thanked his fans on Twitter for the outpouring of support.

“Hey All, thank you all so much for all the love, texts, msgs & support thru this! It’s all still shocking for me but know I’ll do what I have in me to beat this! My whole life I’ve beaten the odds, so it’s NOT time to stop now! Ready for 2020 to be fkn over!” he tweeted.

Daly is a two-time major champion having won the 1991 PGA Championship and the 1995 British Open.

Last month, he withdrew from playing at the PGA Championship due to health concerns.