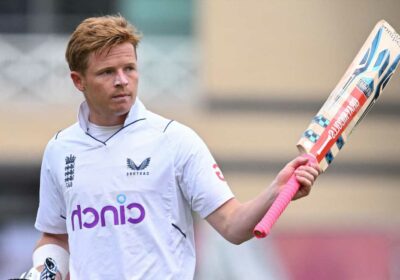 OLLIE POPE was rejuvenated as an England player and Joe Root continued his incredible sequence of big scores.

Pope scored his second Test century – two-and-a-half years after his first – and provided glorious vindication of captain Ben Stokes’ decision to make him England’s new No.3. 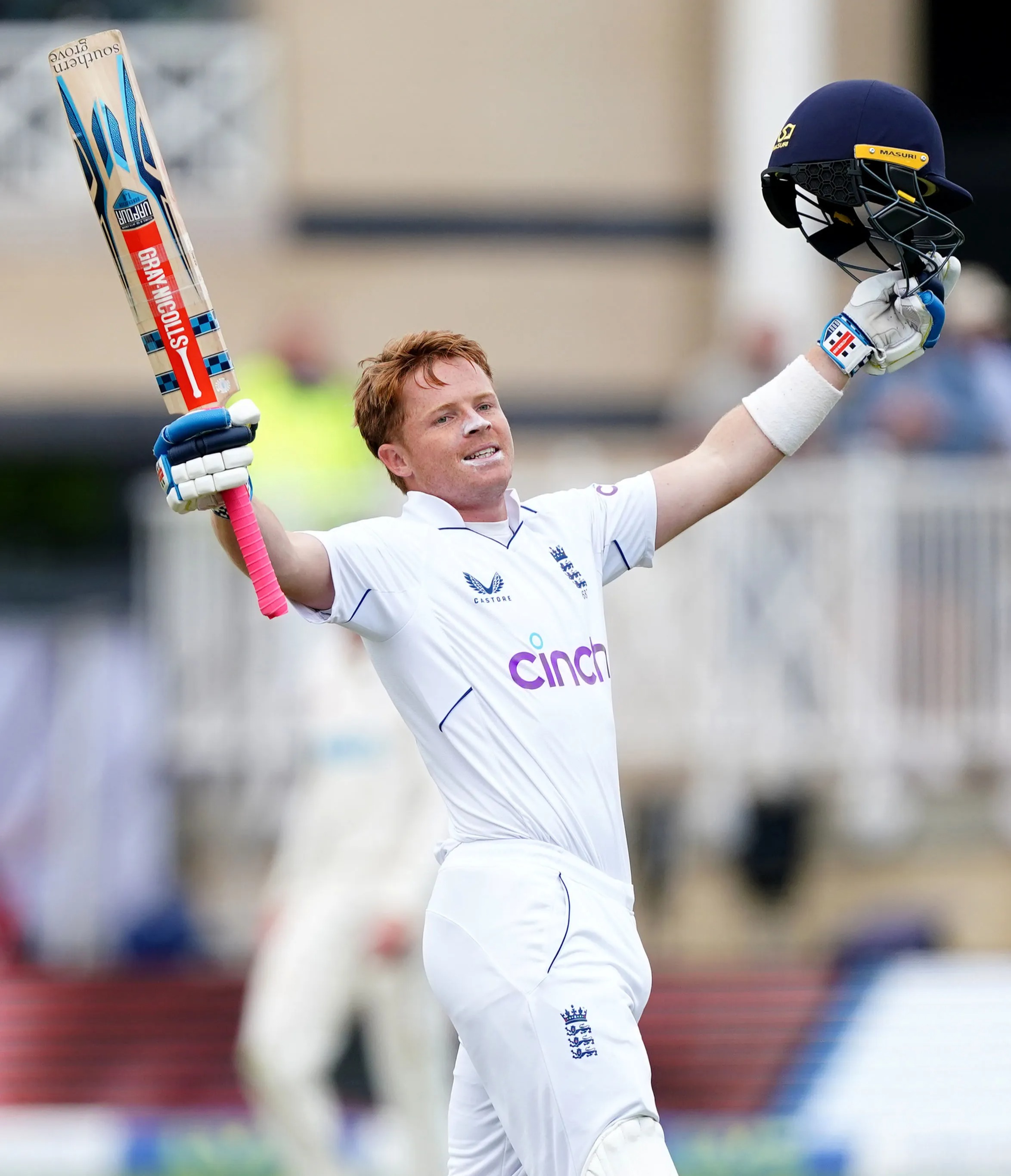 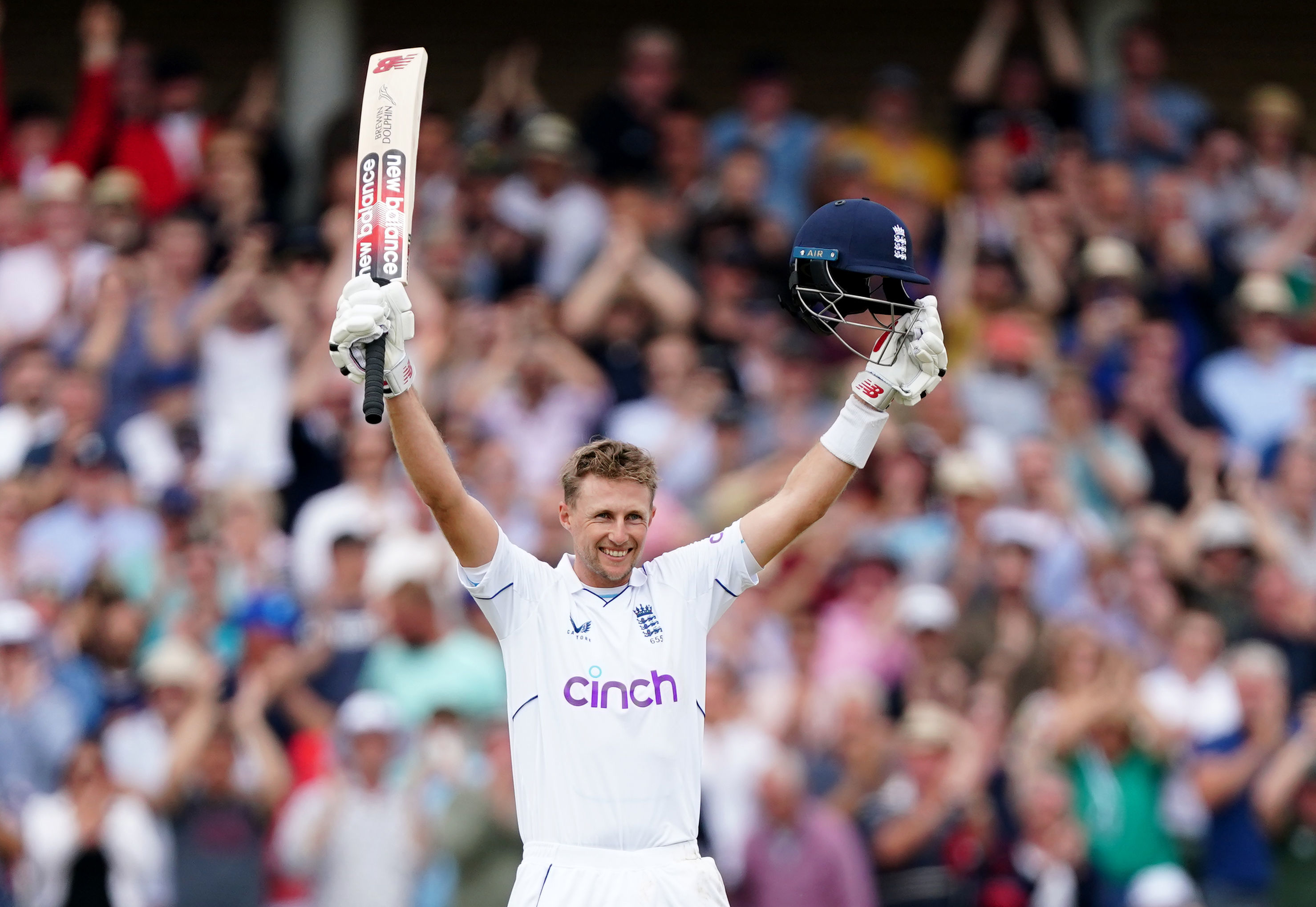 Root meanwhile reached his 27th Test hundred, his tenth since the start of 2021 and second in two matches since giving up the captaincy.

And nobody was in the least surprised because Root is batting like a God these days.

It added up to a torrent of runs on day three of the Second Test as England piled up a remarkable 383 from 88 overs – a hurricane scoring rate of 4.35 per over.

Stokes and new coach Brendon McCullum promised positive cricket and this was a day of adrenalin-fuelled aggression. 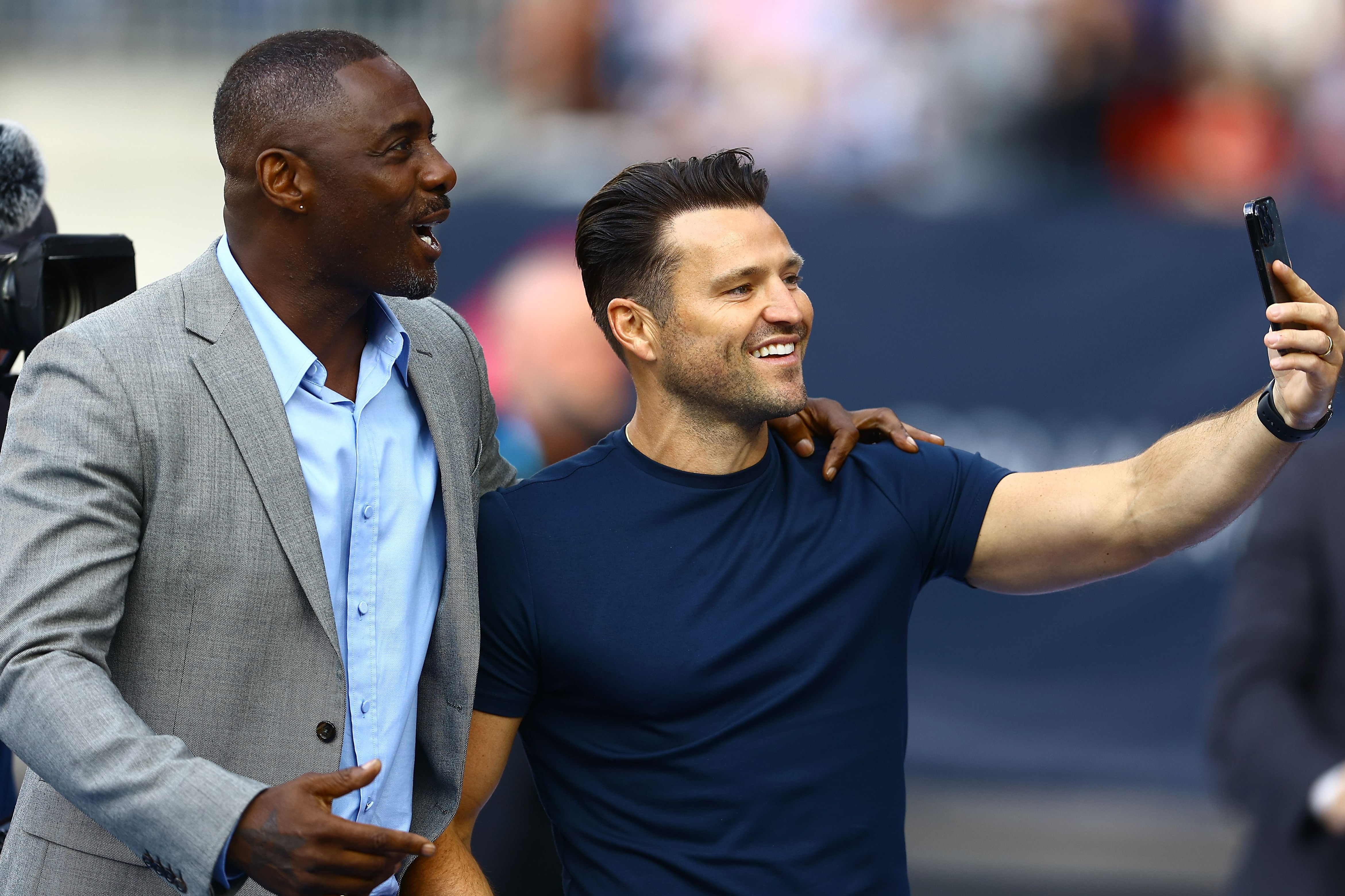 Soccer Aid UNDERWAY as England look for revenge against rivals

But they are still 80 runs behind New Zealand’s first innings total of 553 all out.

Both sides will believe they can force victory even though the pitch has been a batting belter for three days.

It is beginning to take turn, which will interest Jack Leach.

Other useful contributions came from opener Alex Lees, who reached his first fifty in his ninth Test innings, and Stokes, who bludgeoned his way to 46 from 33 balls.

Amazingly, it was Pope’s first century north of the River Thames.

His previous 13 first-class hundreds were scored at the Oval (nine), Guildford, Southampton, Dubai and Port Elizabeth in South Africa.

Over the past 18 months or so, Pope had become a frenetic, jerky figure at the crease, haunted by the Indian spinners and the Aussie quicks alike.

His once pure technique was corrupted by a head full of weird theories and a breakdown of confidence.

It was crying out for Pope to get back to the orthodox.

Now, with Stokes insisting Pope is the second-best batting talent in the country behind Root, he was back as the free-flowing stylist who looks so promising in his early Test matches.

The captain’s faith in Pope was the reason he was recalled and installed at No.3, a position he had never occupied even for Surrey.

Pope was dropped at slip on 37 on Saturday evening and top-edged a couple of hook shots that flew for six.

But his cover driving was exquisite, his clips through mid-wicket rock solid. 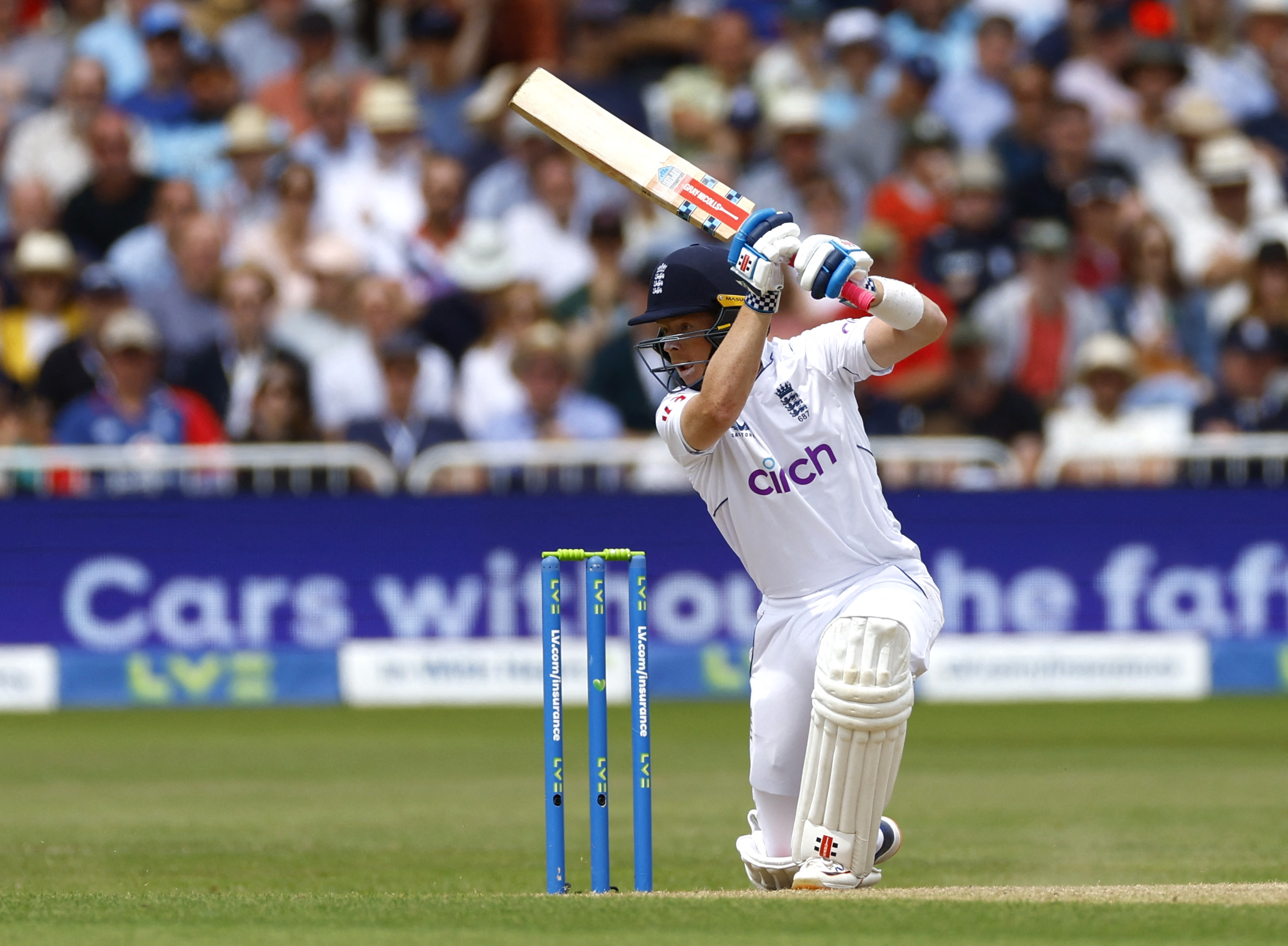 Pope reached his century from 160 balls and was finally out when caught at fine leg – the ball after breaking the top strap on his pad diving for a quick single.

Jonny Bairstow was soon caught behind off the glove but Stokes pressed the accelerator further.

He shimmied down the pitch to the first ball of a spell by Kyle Jamieson and deposited the ball into the crowd in front of the pavilion.

Jamieson failed to complete the over, trudging off with back pain.

Stokes hoisted spinner Michael Bracewell over the sightscreen at the other end but then, attempting another big hit, holed out to deep mid-wicket.

On 27, Root cut at Trent Boult, edged and was dropped by Tim Southee above his head at second slip.

A toughie, but a chance all the same. 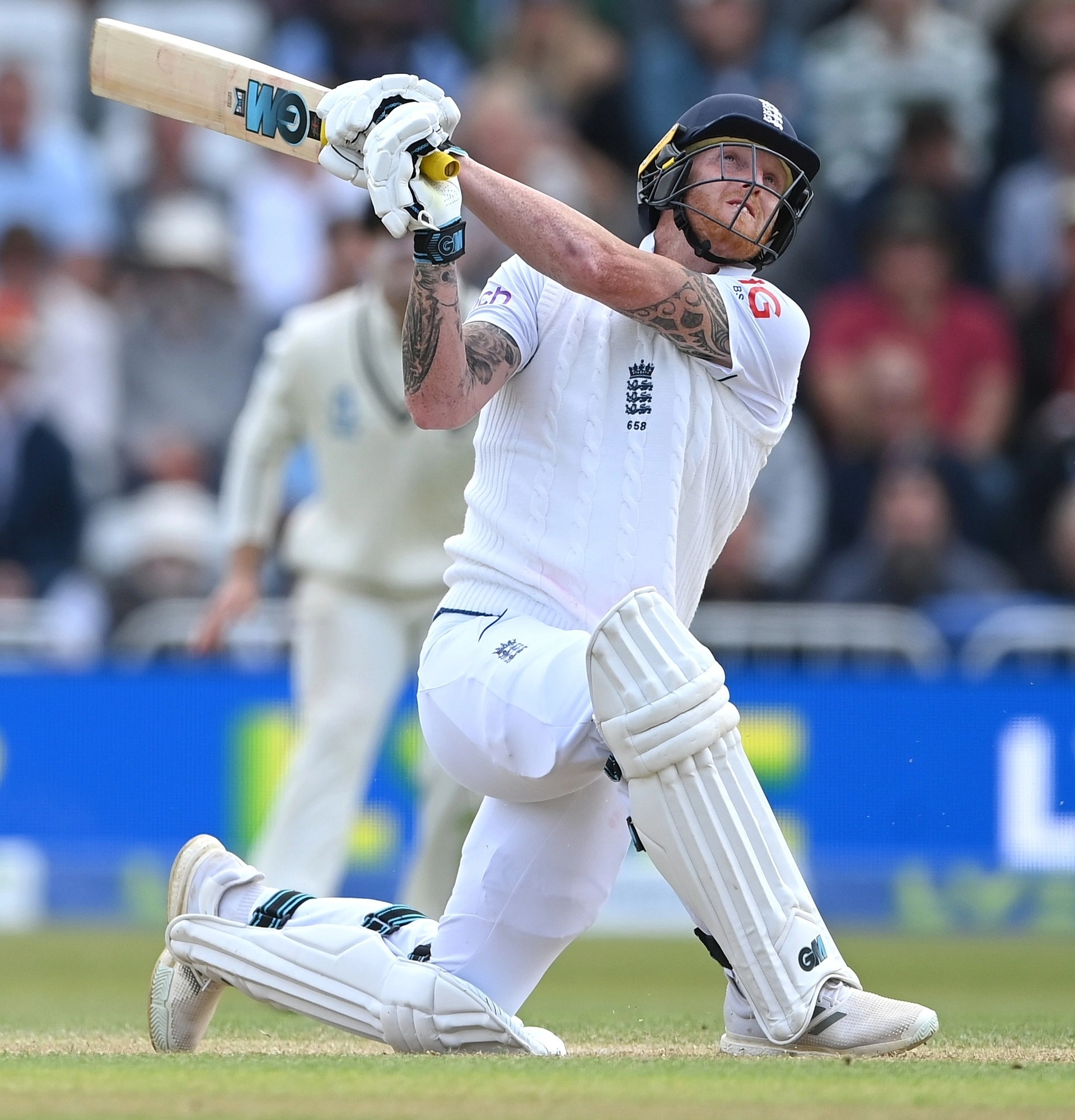 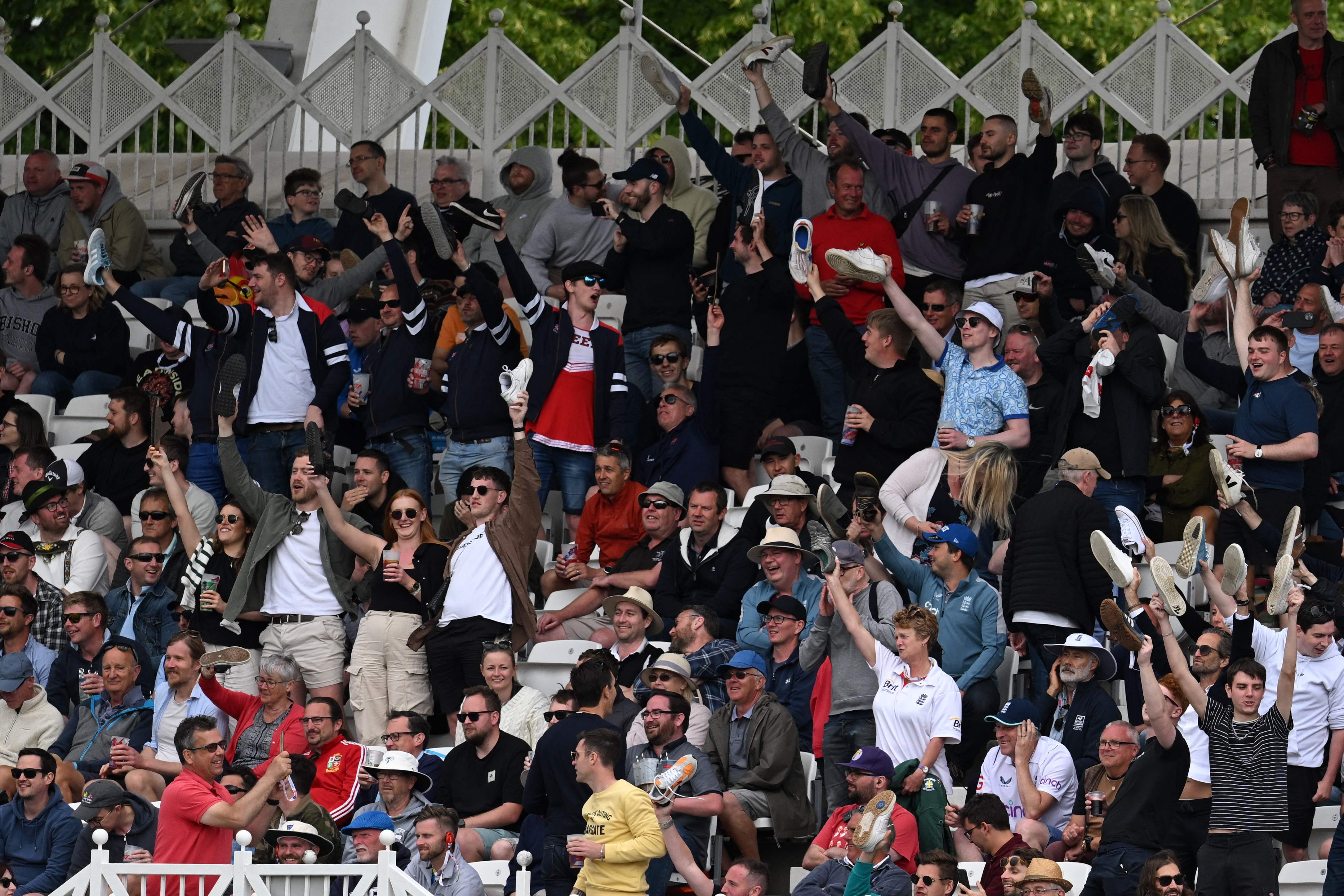 He slog-swept Southee on 52 and the ball skied into the legside but it fell safely between wicketkeeper Tom Blundell and Jamieson running in from fine leg.

But, really, it was another wonderful and virtually faultless innings by Root at one of his most productive grounds.

His red-hot streak of form seems never-ending and he is sure revelling in having the pressure of captaincy removed.

His century arrived via an inside edge from 116 deliveries – beating his 118-ball hundred against the Aussies at Cardiff in 2015 as the fastest of his career.

Root went past 150 with a perfectly-timed clip through mid-wicket and he will be aiming tomorrow to help England to a first innings lead.

Adapting a Newcastle United chant, many in the crowd were singing: “Take your shoe off if you love the Root.”

And there they were, holding up an assortment of trainers, flip-flops and moccasins.

He has wicketkeeper Ben Foakes, who is 24 not out, for company.

Foakes on nine was dropped at deep square leg by Will Young off Southee – extending the catalogue of fielding blunders in this match.

In the morning session, Lees reached his maiden fifty but then drove at Matt Henry and Daryl Mitchell, who spilled two on Saturday, finally held a catch.