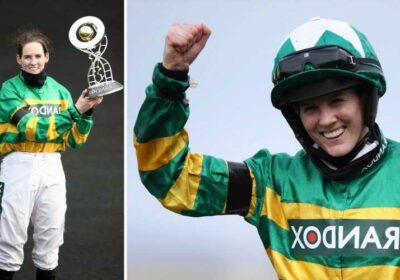 The 31-year-old trailblazer is the first woman professional to ever win the Grand National as Minella Times stormed away with the big one at Aintree, just weeks after being named top jockey at the Cheltenham Festival. 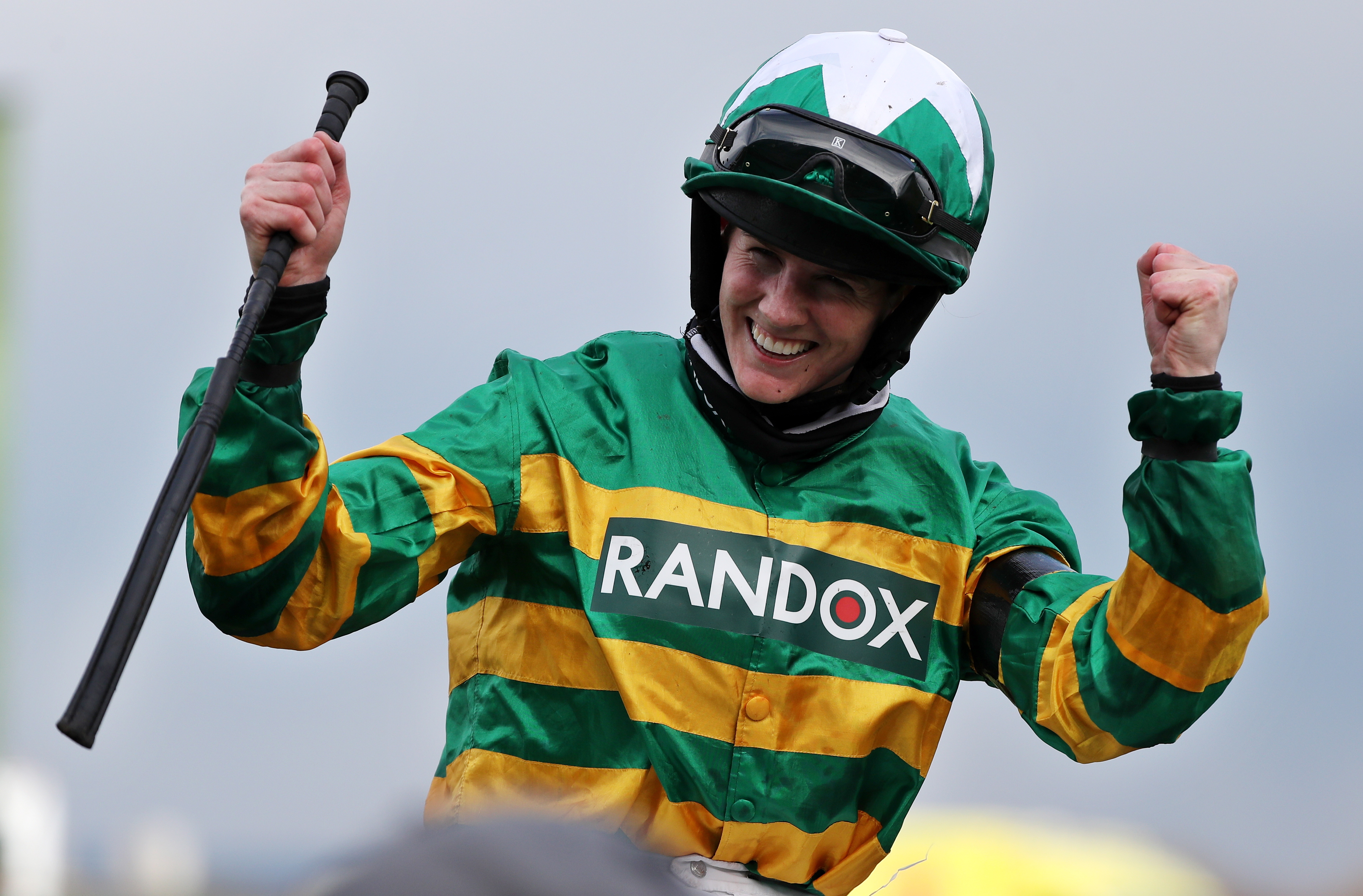 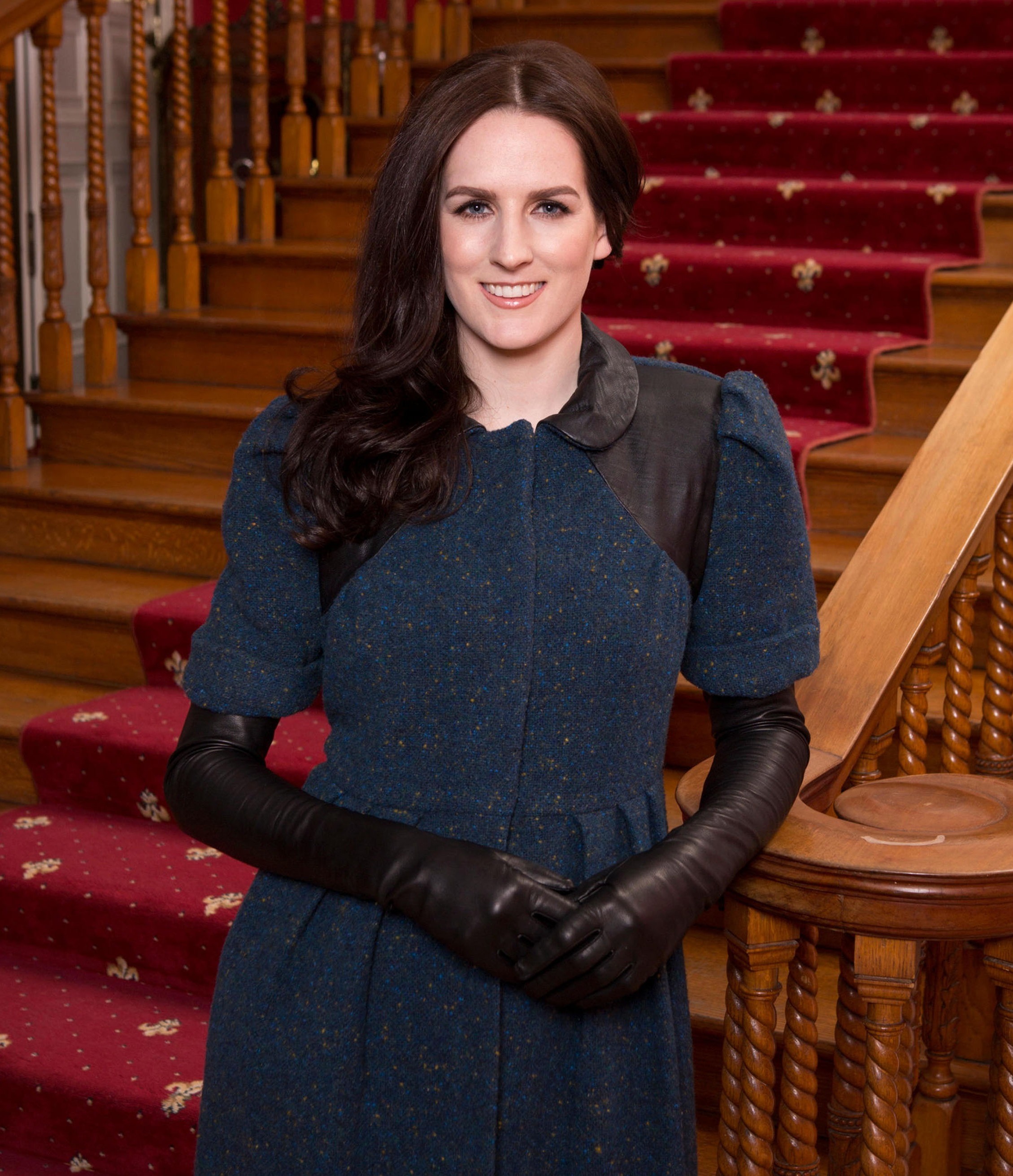 The softly-spoken jockey who has already struck this week at Aintree never thought she would be in horse racing full-time.

Paddy Power: New customers only. Place your FIRST bet on any sportsbook market and if it loses we will refund your stake in CASH. Max refund for this offer is £20. Only deposits made using Cards or Apple Pay will qualify for this promotion. T&Cs apply. Paddy's Rewards Club: Get a £10 free bet when you place 5x bets of £10+. T&Cs apply. 18+ Begambleaware.org

In fact, she expected to become a vet – having not grown up, like many in the sport, in a racing family.

DAUGHTER OF A DAIRY FARMER

Rachael, from the small town of Killenaule in County Tipperary, is the daughter of a dairy farmer and a teacher.

Her younger sister is a law graduate, while her brother works as a graphic designer.

She wanted to become a vet, and initially got a degree in Equine Studies from the University of Limerick. Then, she went to Dublin and added a business diploma to her CV.

However, despite a love of horses Blackmore never believed she would be a professional jockey.

“I always wanted to be an amateur jockey and ride in races, but I never envisaged the professional jockey route," she told the Irish Times. "It was not a career I thought would work out for me. 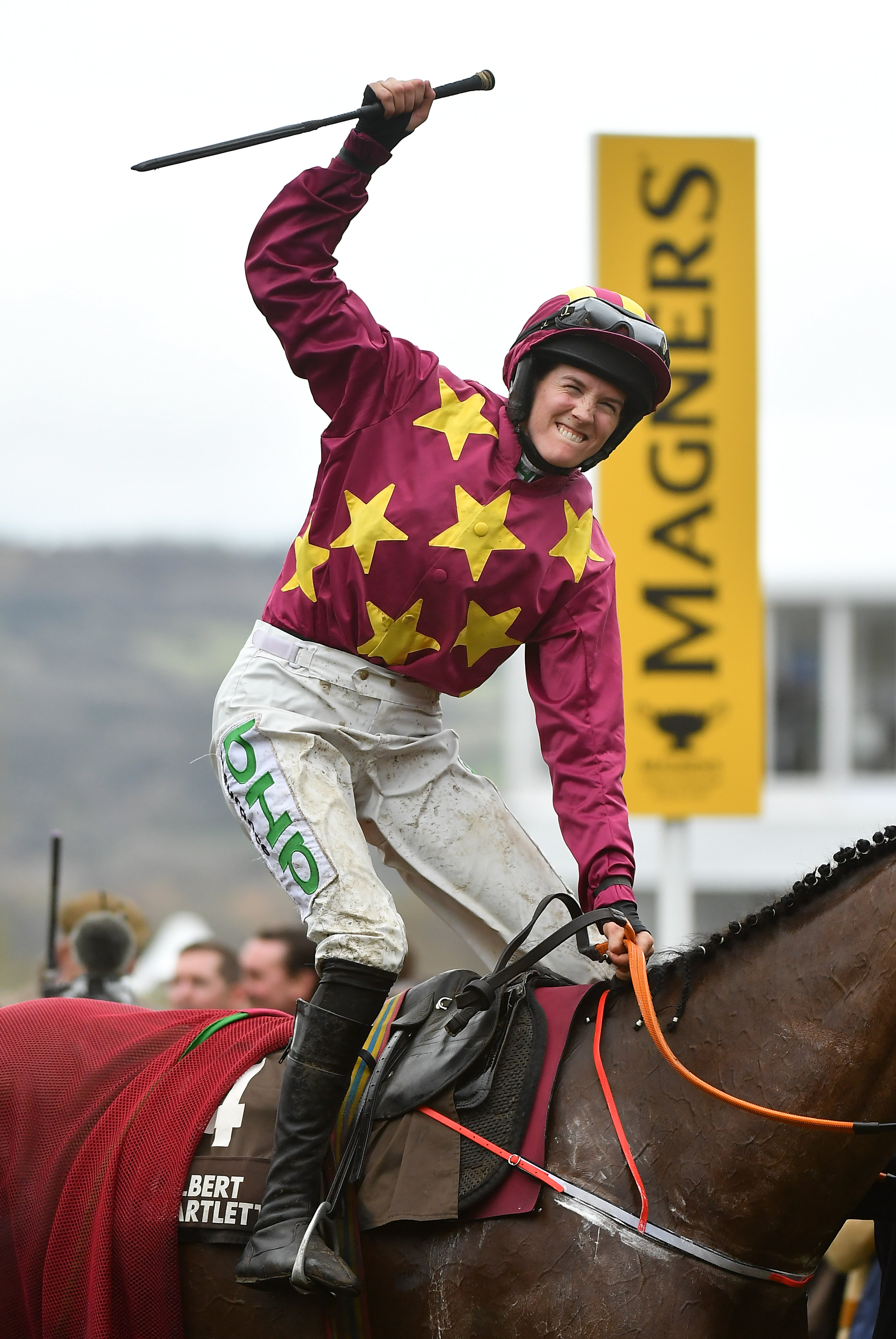 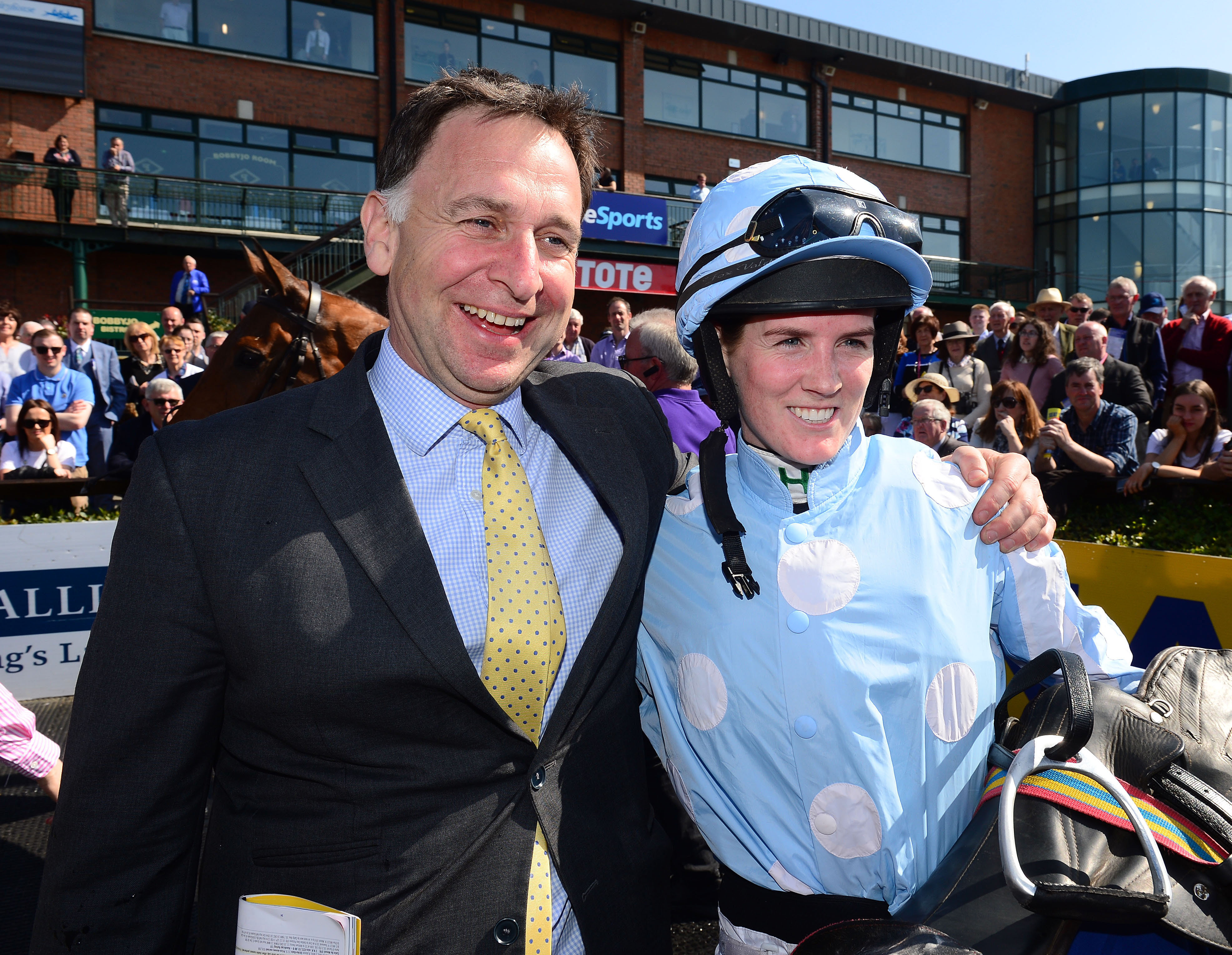 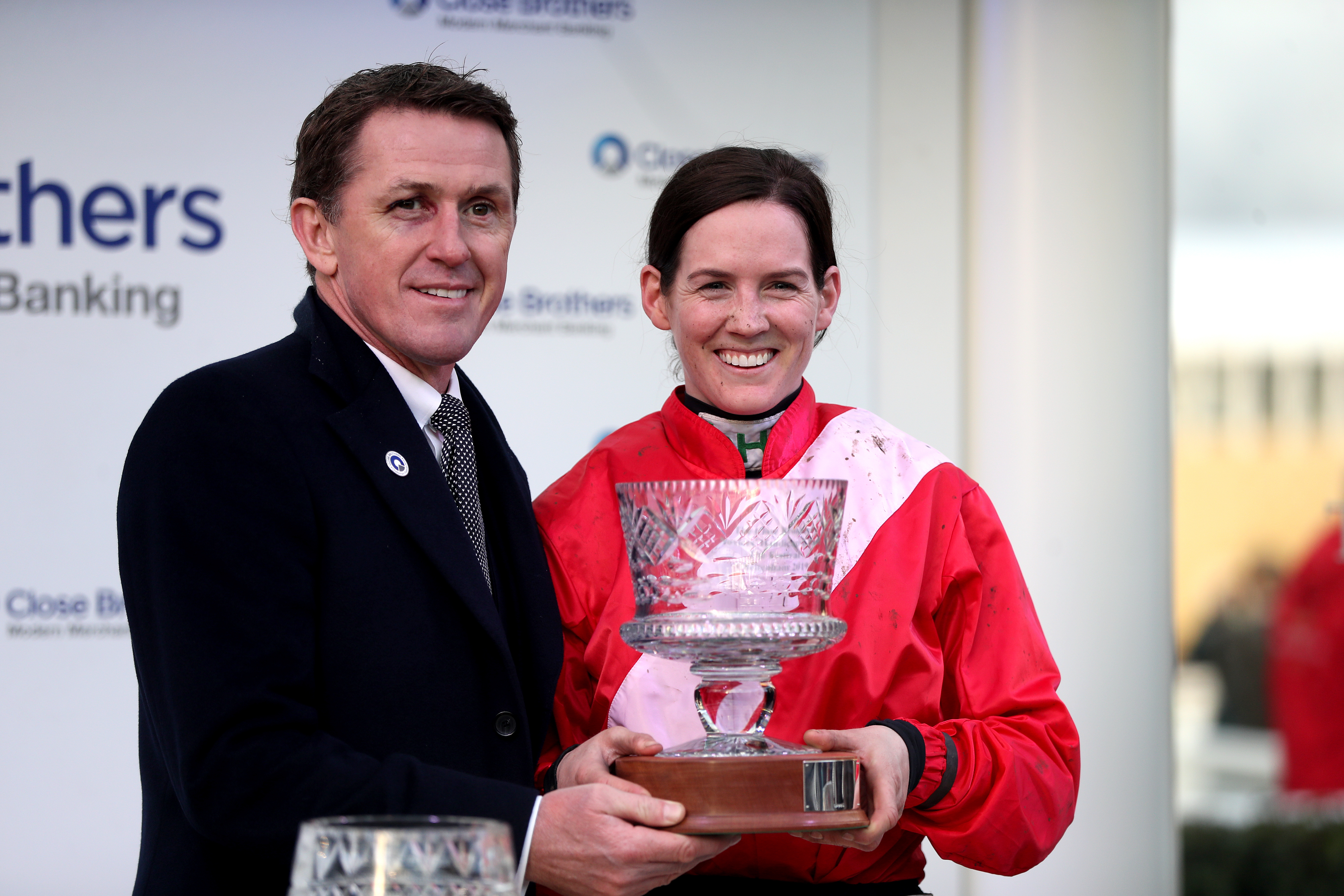 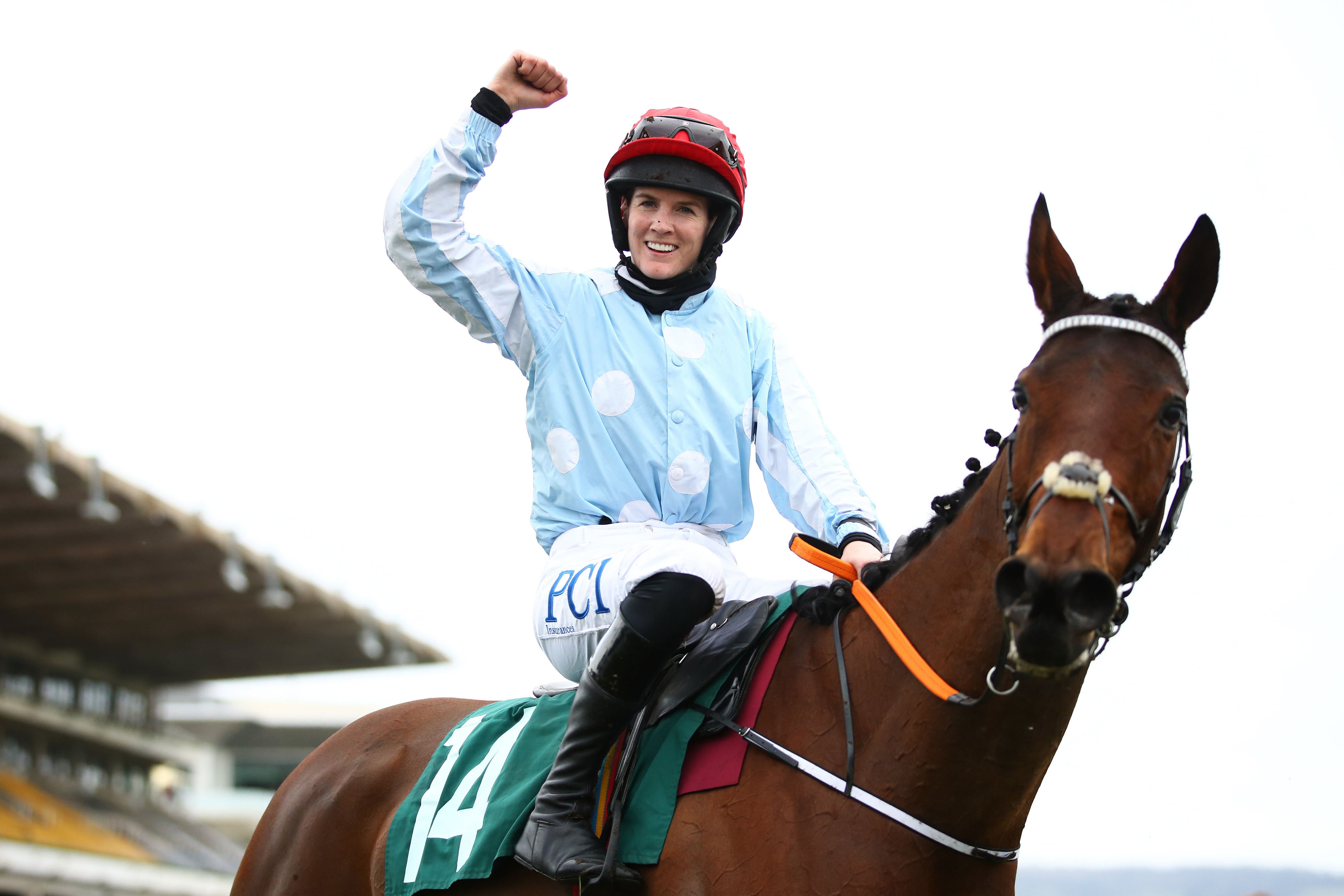 “I grew up on a farm and always had ponies and did a lot of pony clubs, hunts and races, and had my first win at 13 at a pony race in Cork beating [fellow top jockey] Paul Townend."

As a baby, Rachael wasn't afraid of adventure.

Her mother Eimir recalled how she had trouble keeping her in a cot.

“She continuously climbed out of her cot even well before her first birthday. We knew she was going to have an adventurous disposition, to say the least. I had an awful job keeping her in the cot."

And then there was Rachael's competitive nature. When she learned how to ride and jump over obstacles, immediately she wanted to match what her older brother was doing.

"Charles [Eimir’s husband] taught her how to ride and negotiate obstacles, and at a very young age she wanted to jump everything Jonathan [Blackmore’s brother] jumped," Eimir revealed.

Rachael's big break came at the Tipperary Ladies’ Handicap Hurdle in Thurles in 2011.

Partnering with Stowaway Pearl, it was her first winner for trainer Shark Hanlon. 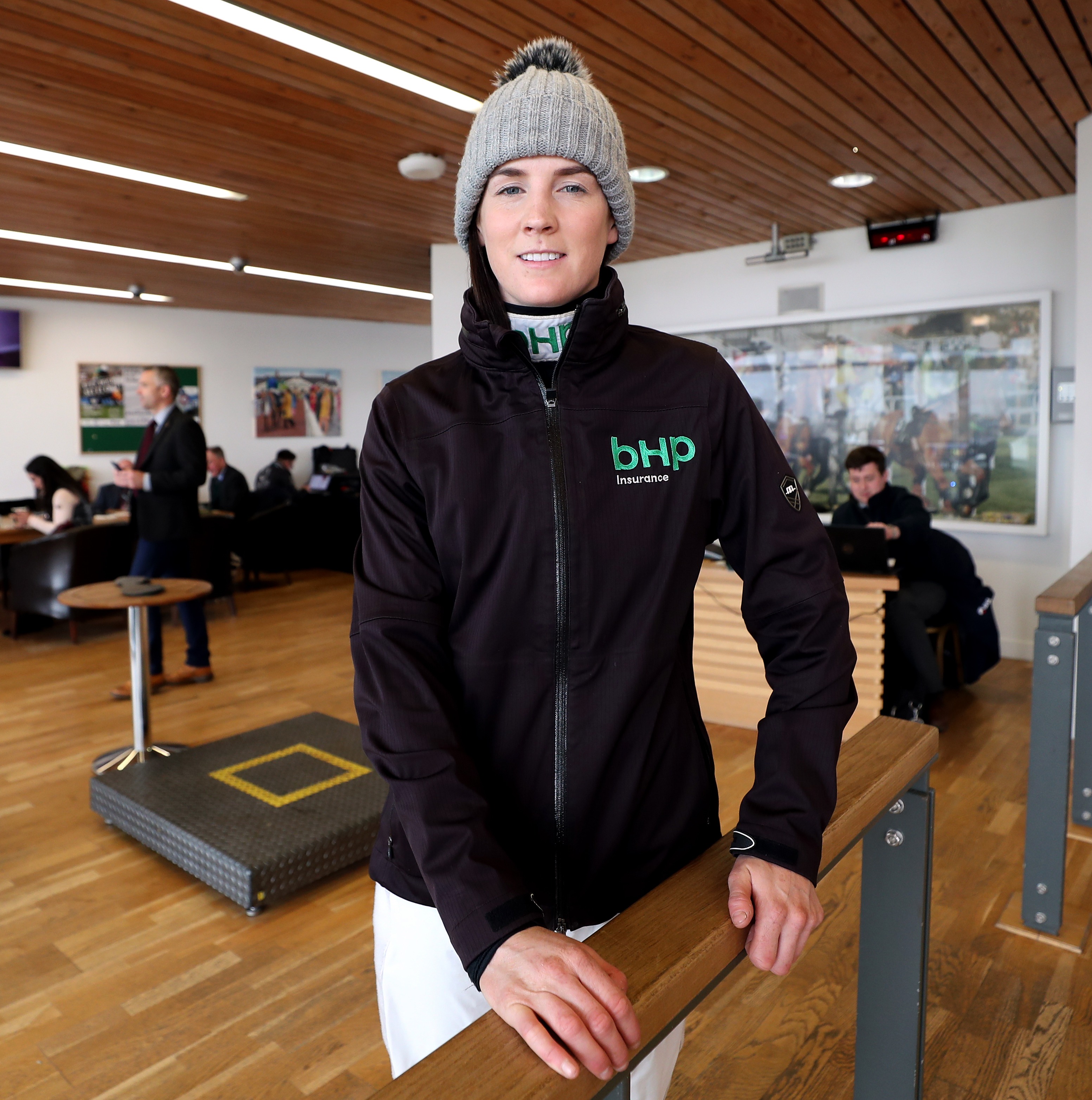 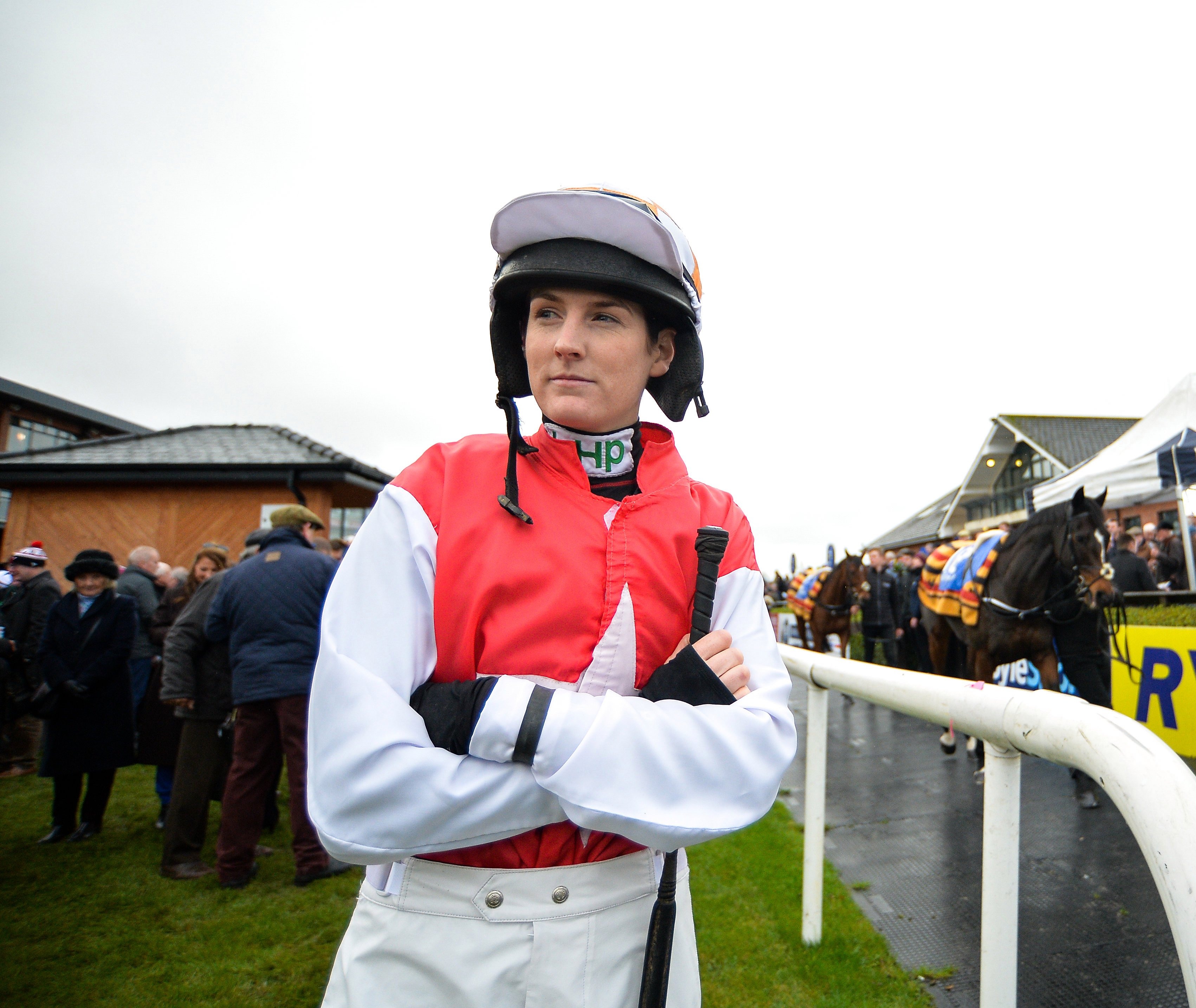 And it was Hanlon who urged Blackmore to go pro.

"He encouraged me to turn professional as he would have a lot more opportunities for me if I did," she told the Independent.

"So far it has been great, a very positive experience, and I am definitely not regretting my decision."

After taking on Hanlon's advice, she turned pro in March 2015. Six months later she rode her first winner.

A woman in a male-dominated business, Blackmore refuses to see herself as a pioneer in a sport where female jockeys including Bryony Frost and Katie Walsh have broken down the barriers.

“I fully get why it’s a thing outside the bubble because it is a male dominated sport," she told the Telegraph.

"But at the end of the day it’s the horses doing the running – we are just on their backs doing the steering. It would be a lot different if some female sprinter was beating Usain Bolt." 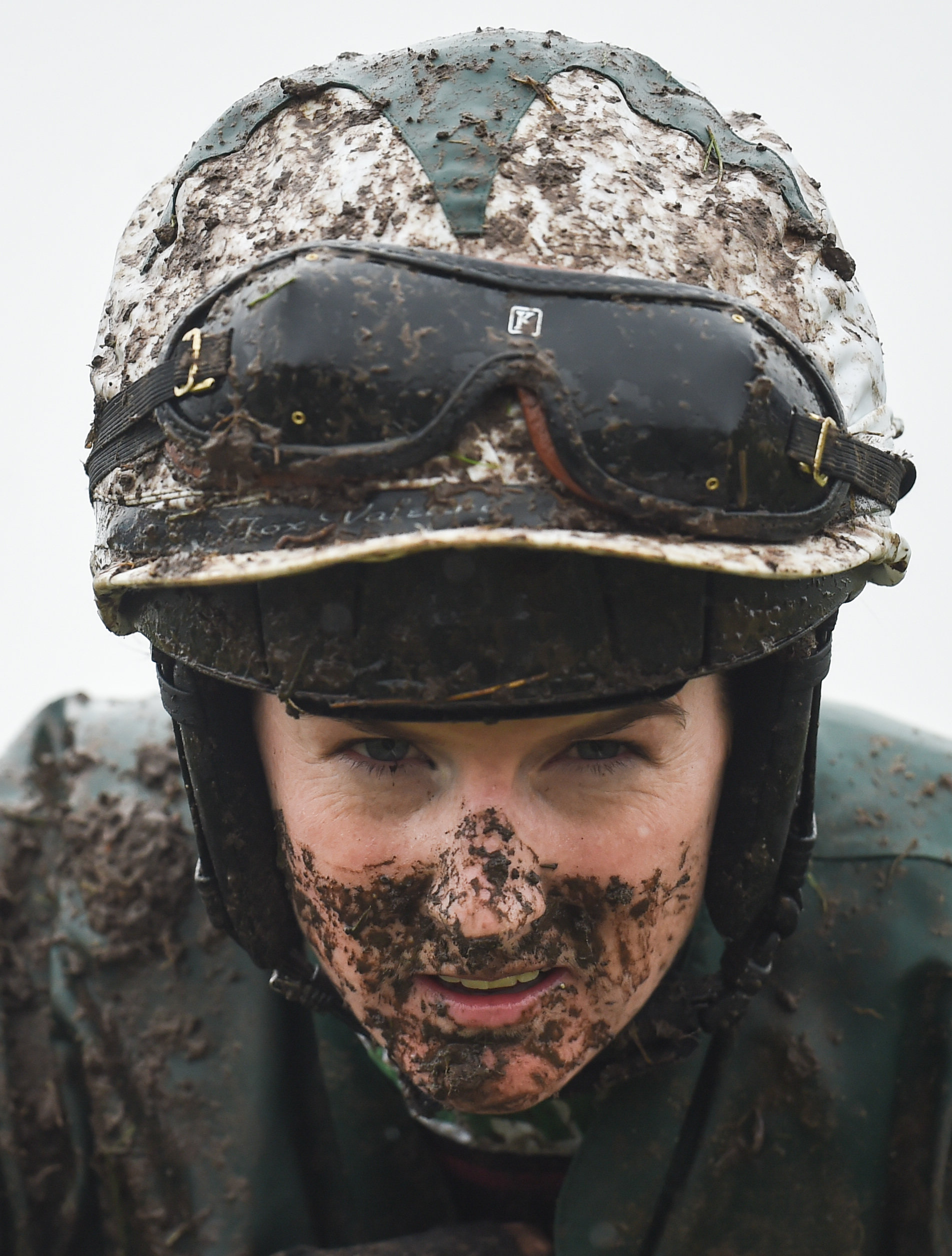 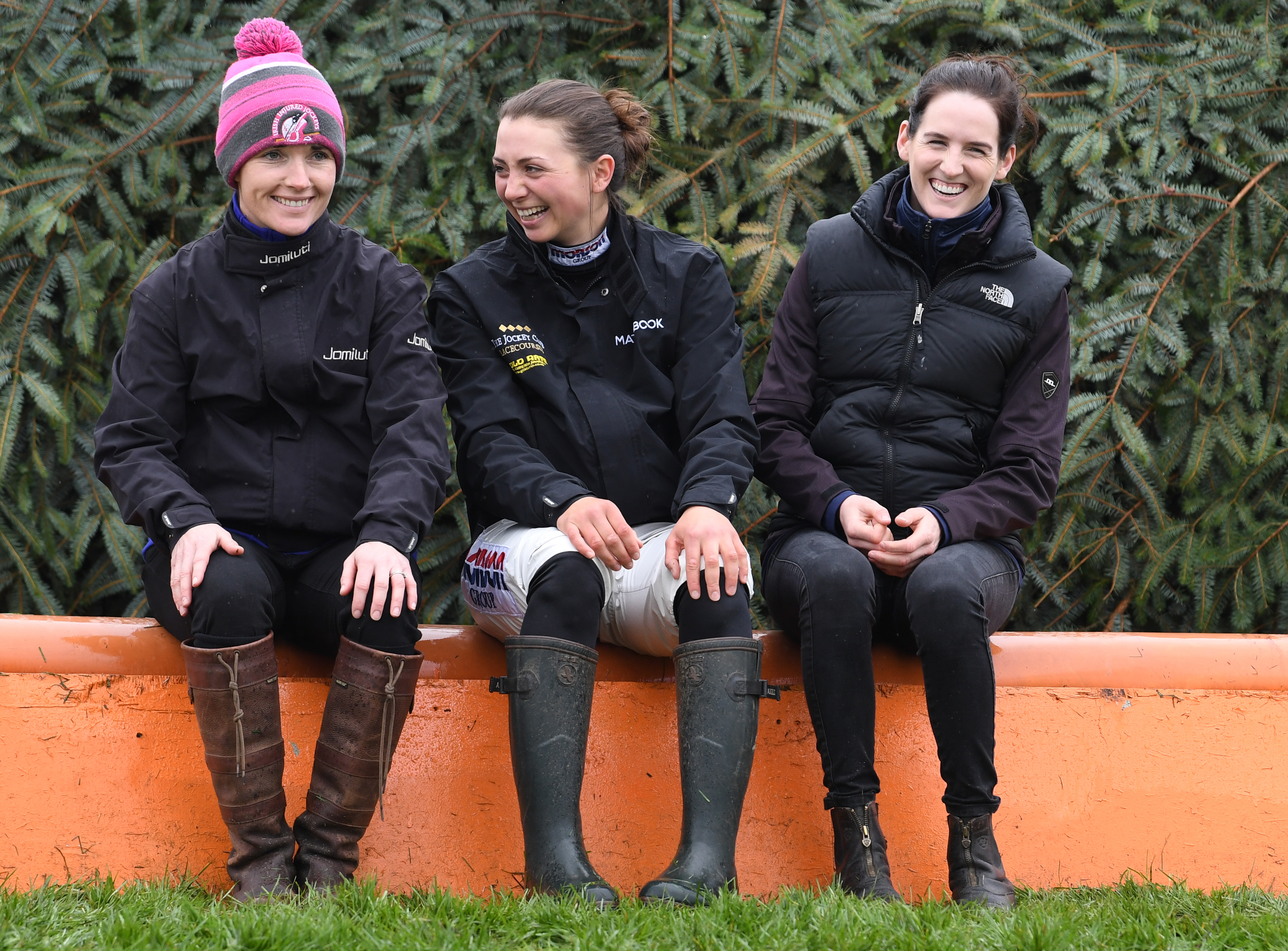 However, you can't ignore the success Blackmore has had in the saddle.

She rode her very first Cheltenham Festival winner in 2019, as well as gained her first Grade 1 race victory in Ireland that same year.

She became a household name after blowing away rivals at the Festival last month, becoming the first woman in history to be crowned top jockey for the week.

No woman has ever won the Grand National since it was first run in 1839.

What odds on Blackmore making more history this week?