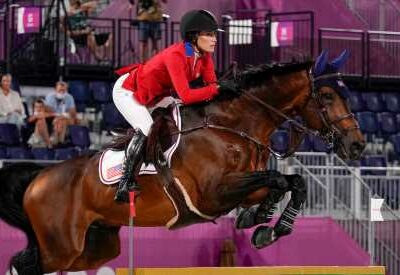 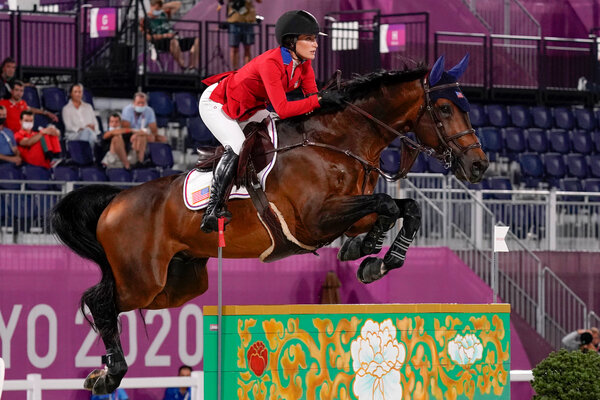 TOKYO — For all the accolades he has won over the years, an Olympic medal has always eluded Bruce Springsteen. Perhaps that’s because rocking out still isn’t an Olympic event.

But another Springsteen has now accomplished the feat, after Jessica Springsteen, Bruce’s daughter, and the rest of the U.S. equestrian show jumping team won the silver medal on Saturday night.

Laura Kraut went first for the United States and had a clear ride with no faults. Springsteen was next, and had four faults after her horse, Don Juan van de Donkhoeve, knocked down a rail. The anchorman, McLain Ward, had four faults as well.

The team’s total of eight faults was good for a tie for first with Sweden, which also had eight faults. That meant there would be a jump-off for gold.

Each team sent its three riders over an abbreviated course. All six jumped it without a fault, but Sweden’s total time was faster by 1.3 seconds.

“I was disappointed to have the four faults,” Springsteen said before the jump-off. “But I thought my horse jumped the rest of the course absolutely beautifully.”