On Friday it was claimed the iconic presenter was tempted to call it a day after 25 years after his "best mates" were given the boot. 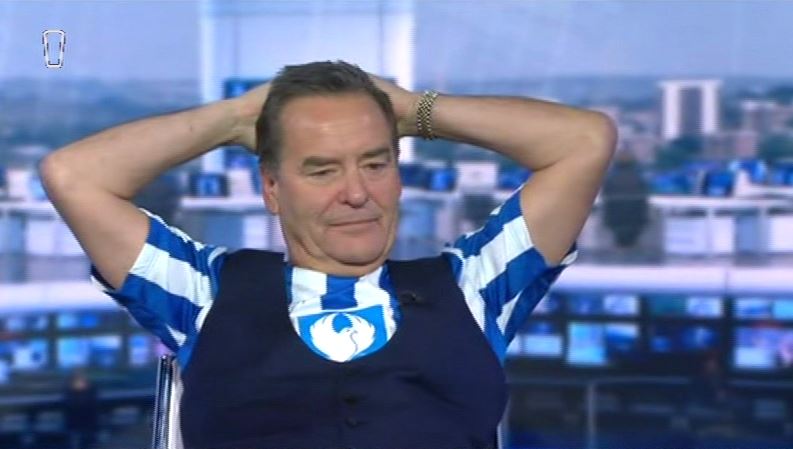 And now Stelling has taken to Twitter to confirm he will be giving his future a long, hard thought.

Stelling tweeted: "Thanks for all the messages of support – and even for most of those who have a different view, as I believe in free speech.

"So far no discussions have taken place, no decisions made.

"Only I know what I am thinking but it is important to listen to all arguments.

One of my saddest days ever at Sky Sports with the departure of three of my best mates.

Le Tissier, Thompson and Nicholas were all given the boot by Sky Sports earlier this week as part of an aggressive cost-cutting measure.

The trio all had one more year to run on their current contracts.

And after the news of their sacking, Stelling tweeted: "One of my saddest days ever at Sky Sports with the departure of three of my best mates.

"They have been part of a team that for me was the best."

And reports claim Stelling is now considering whether he has the hunger to forge yet another strong on-screen partnership.

Of the five-man panel of regulars, only Stelling and Paul Merson appear to have retained their position, although the latter's role is currently unclear.

However, even if Stelling does quit, he is likely to at least begin the 2020-21 season.

The presenter is believed to have a lengthy notice period weaved into his contract.

While the axed threesome's replacements are yet to be named, reports claim Sky Sports are aware of the need for more diversity on the Soccer Saturday panel.

Micah Richards – who impressed as a pundit for Sky Sports last season – BBC Sport regular Alex Scott and talkSPORT star Laura Woods are all rumoured to be in the running for positions in the new-look Sky team.

Scott Minto is another Sky Sports star to have been axed this week, with the Football League pundit shown the door after 13 years of service.