The joint entertainment and social justice deal between rapper and entertainment mogul Jay-Z and NFL commissioner Roger Goodell has come under fire for lacking the involvement of Colin Kaepernick.

On Wednesday, Jay-Z and Goodell held a joint press conference at Jay-Z’s Roc Nation offices in New York City to announce a partnership between the agency and NFL. The deal includes several plans to feature music artists, selected by Roc Nation, throughout the NFL season. Roc Nation will also handle the Super Bowl halftime show and Pro Bowl entertainment.

In addition, proceeds from some of the music and entertainment initiatives — which include podcasts with players and musicians, live albums on streaming services, and documentaries — will go to Inspire Change, the NFL’s social justice initiative. Inspire Change focuses on donations and community work in programs involved in things like social justice reform, police and community relations, and educational and economic development.

According to reports, during Wednesday’s press conference, Jay-Z and Goodell were peppered with questions about Kaepernick and his lack of involvement in a program that seemingly stems from his protests. In 2016, Kaepernick began kneeling during the national anthem to protest systemic oppression. He has gone unsigned in the NFL since the 2016 season and filed a grievance against the NFL, claiming the league colluded to blackball him ( he settled in February 2019).

Read more: Colin Kaepernick posted a video saying he has been ‘denied work for 889 days’ and still wants to play in the NFL

Jason Reid of ESPN’s The Undefeated wrote: “Unsigned NFL quarterback Colin Kaepernick might as well have been seated next to NFL commissioner Roger Goodell during Wednesday’s news conference … The former San Francisco 49ers quarterback’s presence was definitely in the room.” 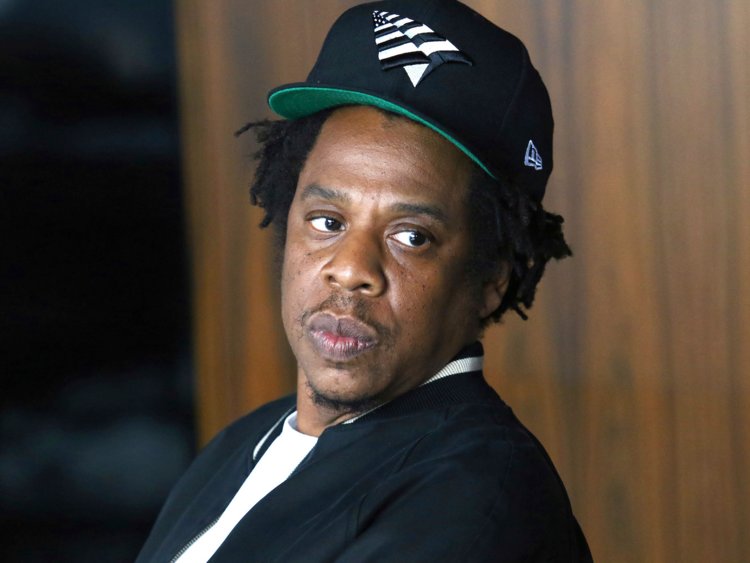 Jay-Z.Greg Allen/APJay-Z has been a supporter of Kaepernick’s since the quarterback’s protest. He wore Kaepernick’s jersey during a performance on “Saturday Night Live” in 2017. It was reported that Jay-Z was skipping the Super Bowl halftime performance to protest Kaepernick’s unemployment.

On Wednesday, Jay-Z disputed that he turned down the Super Bowl performance to support Kaepernick, saying he disapproved of the selection process.

Jay-Z also said he spoke to Kaepernick before making a deal with the NFL but would not disclose details of the conversation.

Kaepernick’s girlfriend, radio personality Nessa, tweeted that the two never had a conversation.

The Atlantic’s Jemele Hill reported that a source told her that the talk between Kaepernick and Jay-Z “was not a good conversation.”

Jay-Z said Kaepernick’s protest was pivotal in starting a movement and drawing attention to a cause, but that it was time to take action.

“We forget that Colin’s whole thing was to bring attention to social injustice,” Jay-Z said. “In that case, this is a success. This is the next phase. There [are] two parts of protesting. You go outside and you protest, and then the company or the individual says, ‘I hear you. What do we do next?’ … So what are we gonna do? You know what I’m saying? [Help] millions and millions of people, or we get stuck on Colin not having a job?”

Carolina Panthers safety Eric Reid — a former teammate of Kaepernick’s who also kneeled during the national anthem and filed a grievance against the NFL — tweeted criticism of Jay-Z’s comments.

Goodell, according to reports, largely didn’t answer questions about protests during the national anthem and whether he wants them to stop. 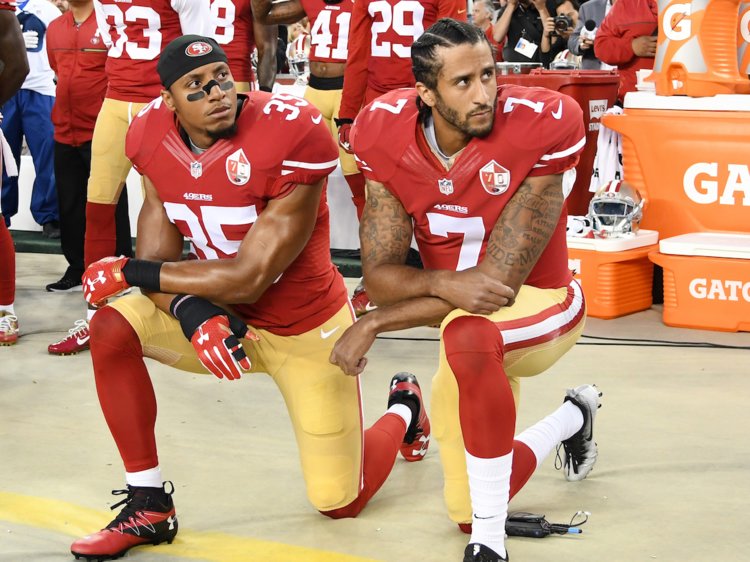 Jay-Z defended his work with the NFL, saying people have to forgive each other for mistakes.

“People have to want to be better and people have to want to have conversations. This isn’t Twitter,” he said. “You can’t just throw someone out if they make a mistake. This is the real world. You can’t say, ‘Oh, you made a mistake, you’re canceled. I’m never speaking to you again.’ That’s doesn’t accomplish anything. That’s what I believe. I believe real change is had through real conversation and real work.”

Nessa accused the rapper of parroting the league’s talking points.

Kevin Blackistone wrote in The Washington Post: “Jay-Z can’t stand up for Kaepernick while tucking himself into bed with the NFL. It is disingenuous. It is hypocritical. It is fake. It’s like a rapper growing up in tony suburbs rappin’ about trappin’.”

“Jay-Z isn’t getting enough out of the deal to justify the sacrifice of some of his credibility. This alliance plays right into the NFL’s hands, because the league seems determined to banish any memory of Kaepernick with its recent social-justice efforts — even though it’s likely that Jay-Z and the NFL wouldn’t even be entering into this arrangement if Kaepernick hadn’t taken a knee in 2016.

“It’s easy to see why Kaepernick would be upset now. The partnership with Jay-Z is part of the NFL’s larger strategy to continue to absolve itself of what happened to the quarterback and throw enough money at social-justice causes so that the players will no longer feel the need to protest—or, at the very least, keep their opinions about racial injustice far away from the football field.”

Kaepernick on Wednesday only tweeted that it was the three-year anniversary of his protest: