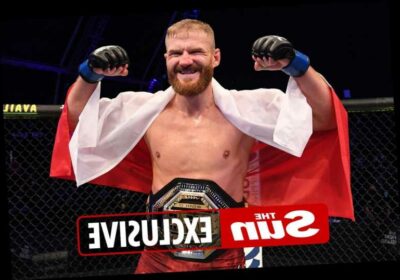 JAN BLACHOWICZ's life changed forever in 2020, inside and outside of the octagon.

On a hot September's morning in Abu Dhabi, the Prince of Cieszyn realised his dream of becoming light-heavyweight champion in the co-main event of UFC 253. 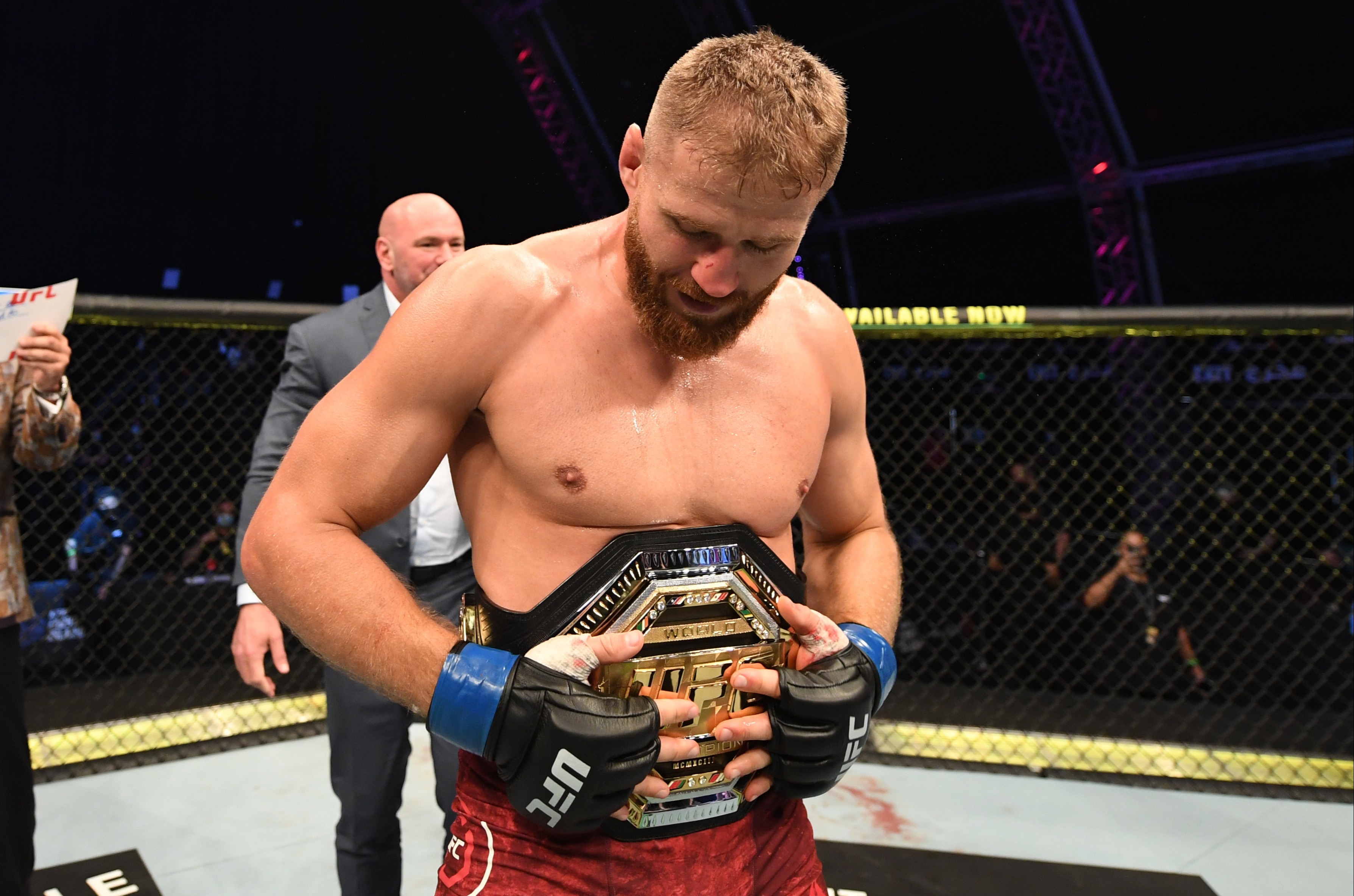 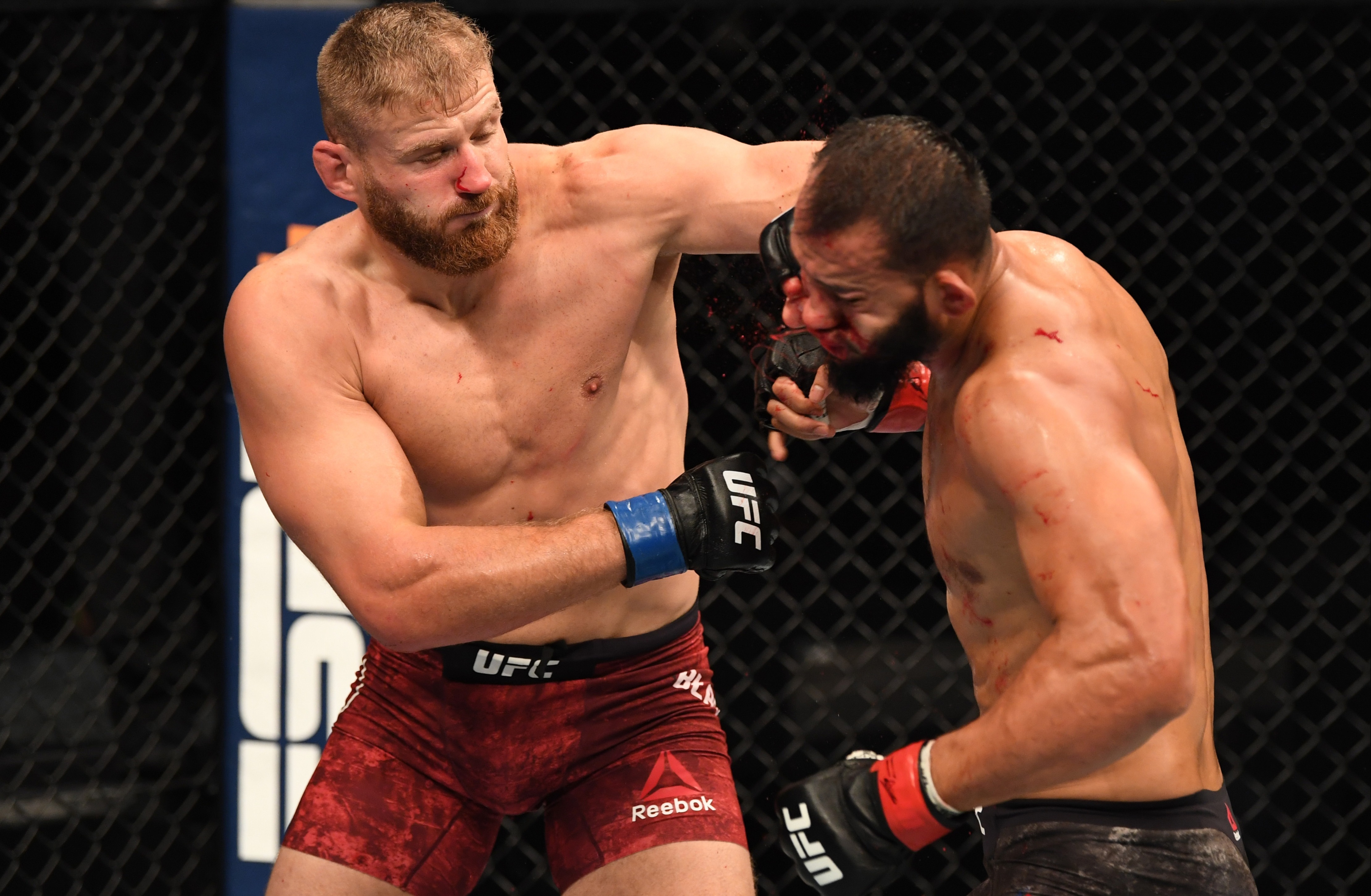 But the defining moment of the year, and quite possibly of his entire life, would come a little over two months later when his fiancee Dorota gave birth to their first child, Jan Jr.

And so far, fatherhood has been one ofthe 205lb king's toughest tests to date.

With a smile on his face, Blachowicz, 38, told SunSport: "It's a hard job, you know? I prefer to fight. Fighting is easy, being a father is much harder.

"So far so good. My fiancee, she takes care of our son because she knows that I've got a fight so I've got to sleep.

"So they stay in the spare room so I can sleep the best and be ready for hard training.

"After the fight, I will be taking care of my son and she will be sleeping, I will not." 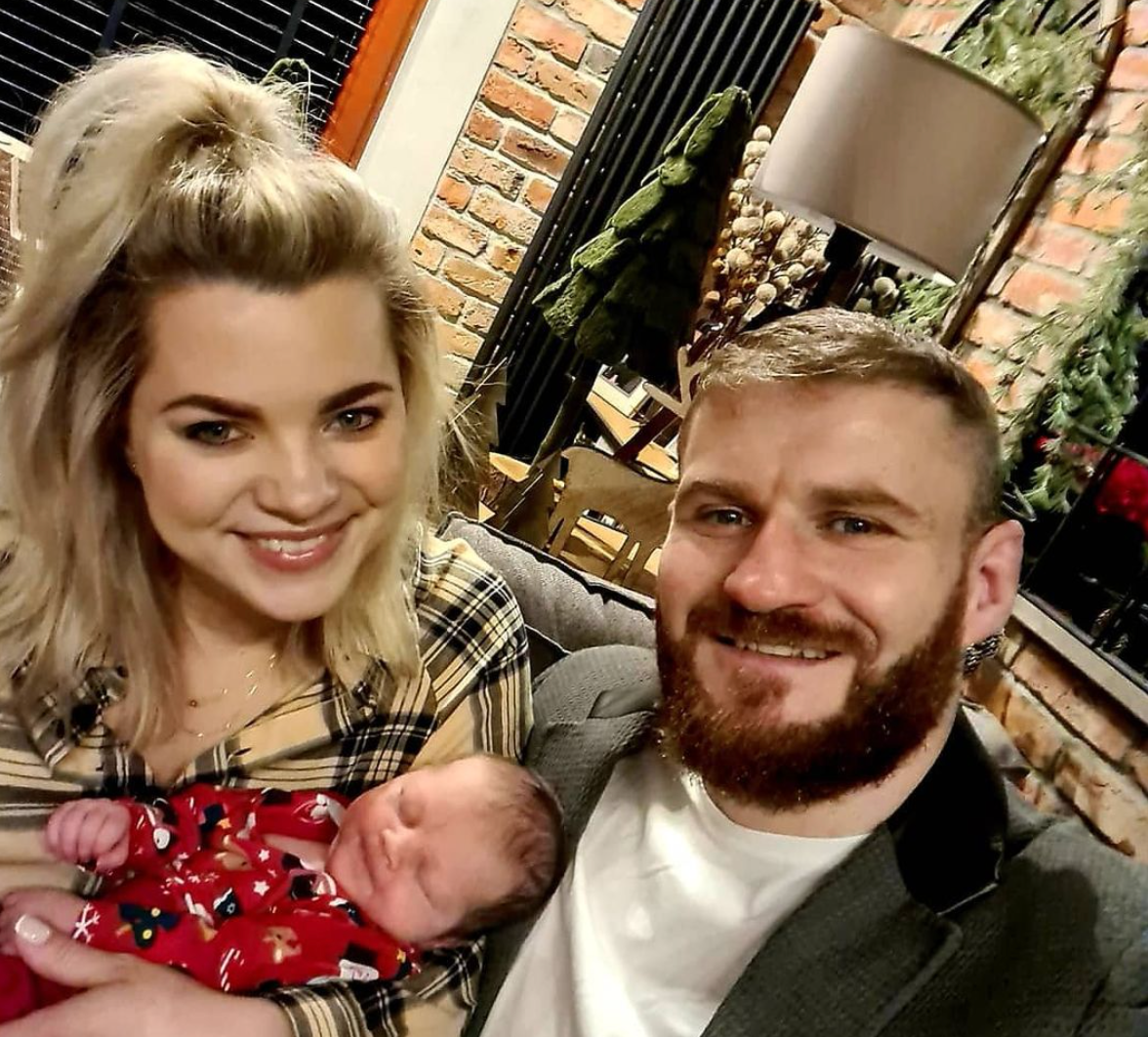 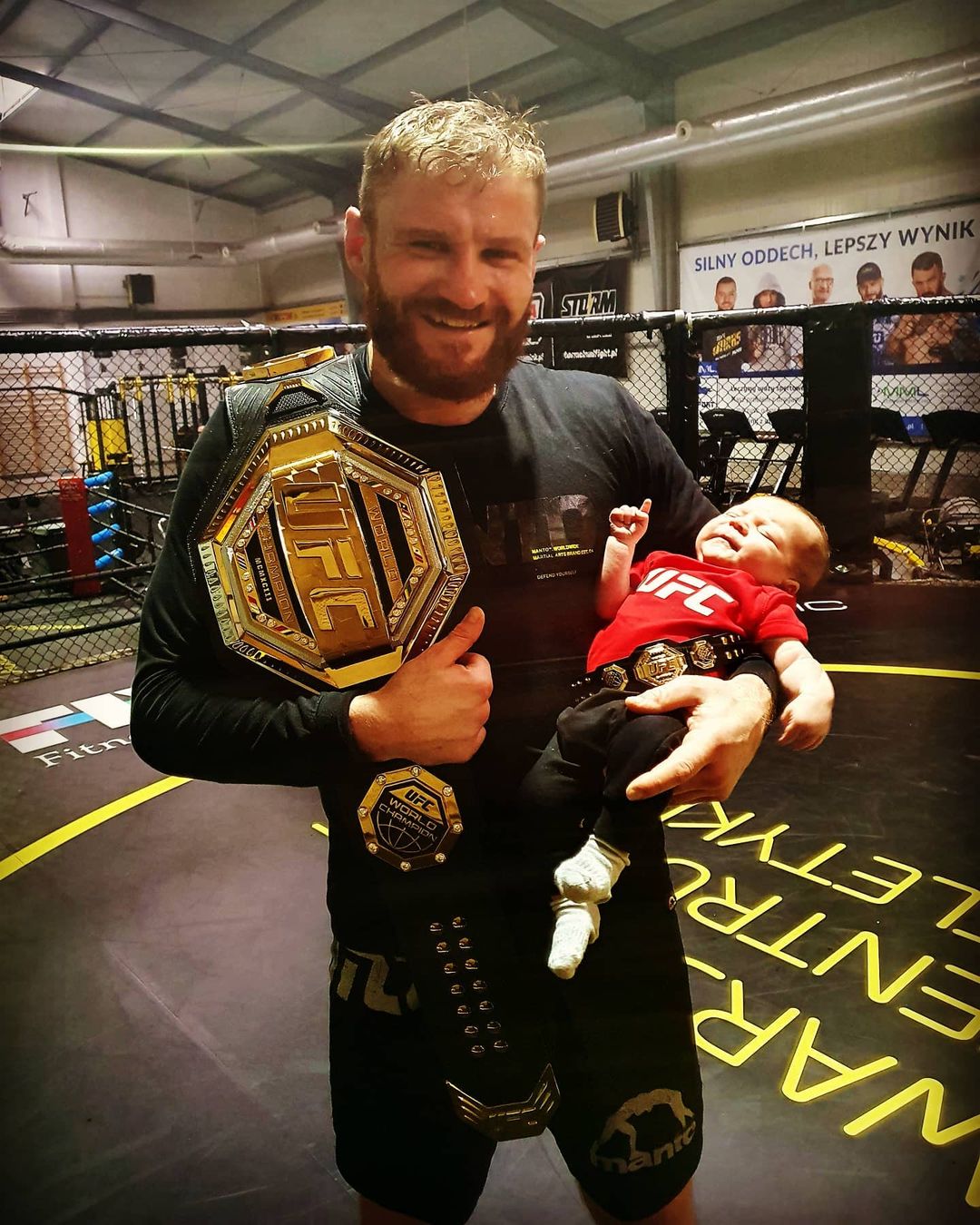 Blachowicz's perspective on life immediately changed after the birth of Jan Jr, who has lit an even bigger fire under his old man.

"I go to training with a bigger motivation, I train harder because it will make his life a lot easier.

"I want to make him happy, but I also want him to work hard. It's a big motivation for me."

Becoming a father for the first time is undoubtedly the proudest moment of Blachowicz's life, although having the 205lb belt wrapped around his waist by Dana White is a close second.

He recalled: "It was an unbelievable feeling.

"It's hard to explain what it feels like. It's impossible, I think. It was an amazing feeling and I hope to feel this on March 6 again."

Blachowicz's journey to the summit of the 205lb division is a story of perseverance and defiance in the face of criticism and self-doubt, the latter of which crept in after back-to-back losses to Alexander Gustafsson and Patrick Cummins. 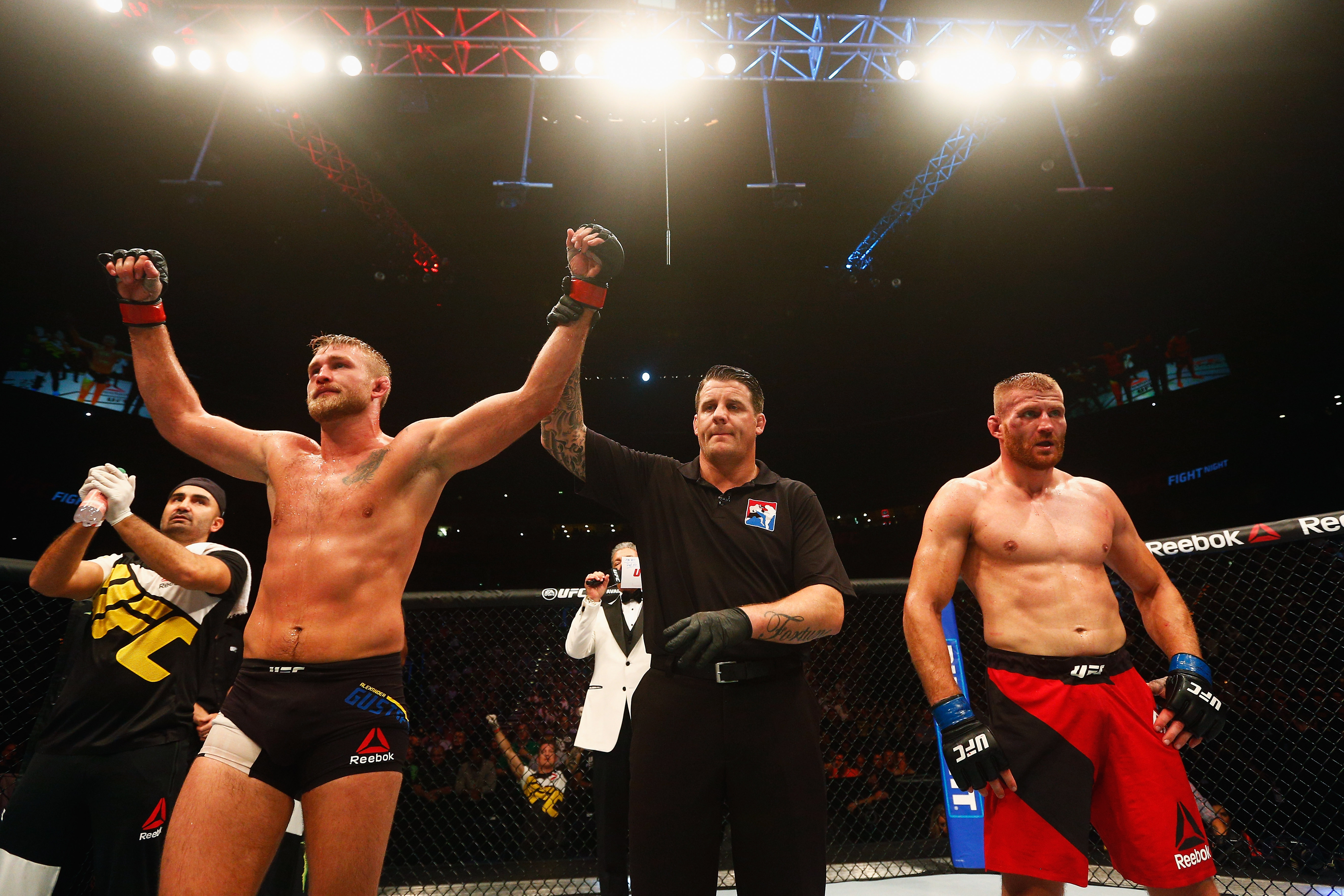 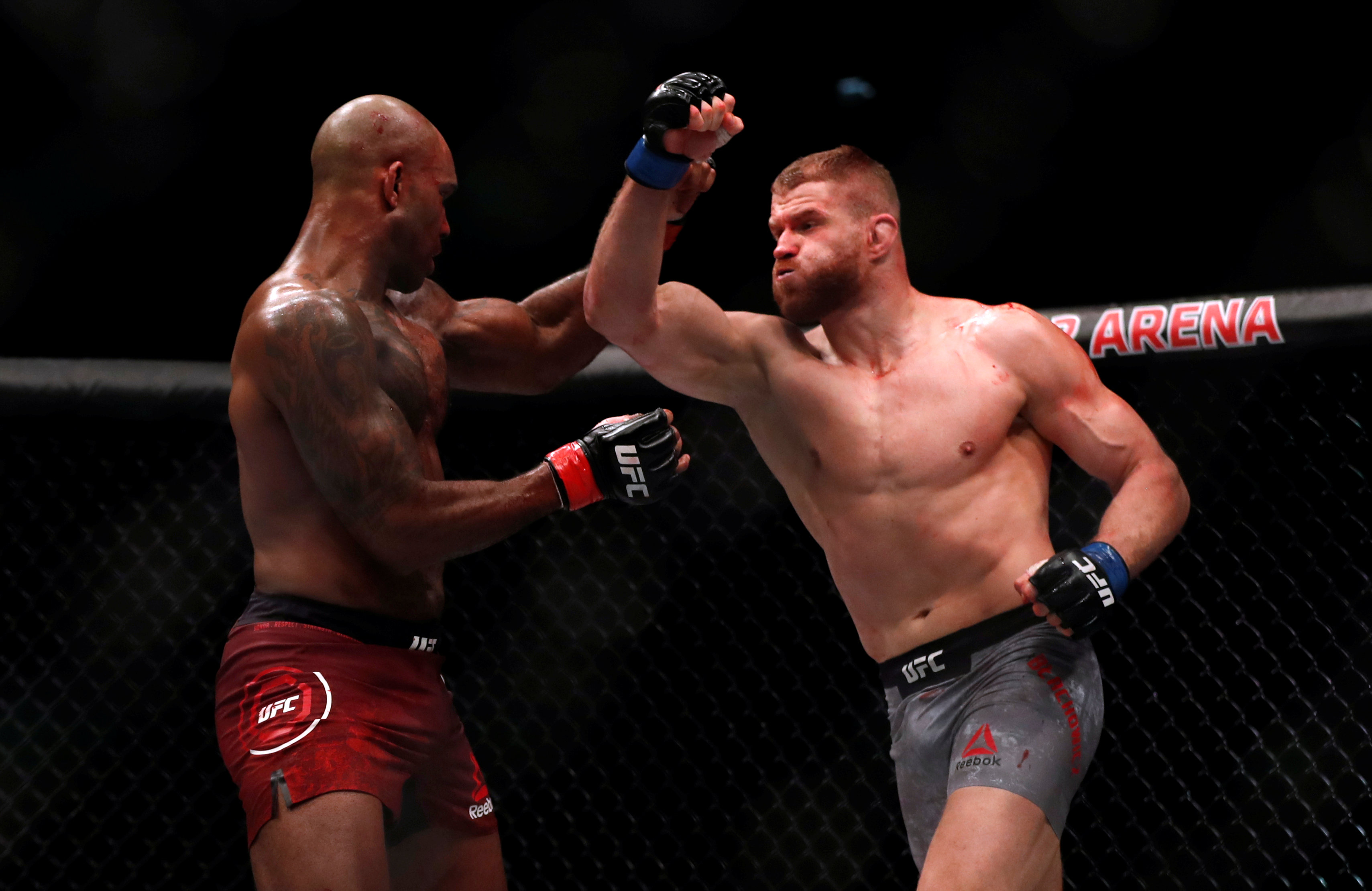 But deep down, the 35-fight veteran always knew he would one day silence his detractors and that voice inside his head.

He said: "I always believed in myself, always. I never lost my faith in myself. I knew that when I lost that the goal was still to be where I am now.

"I have to collect the doubt and ask, 'What went wrong? Why did I lose the fight? What's wrong with me?' And I did this job correctly.

"I collected the doubt correctly and finally I found the best way for me to be the champion.

"I know that I'm the champion, but it's still weird. It's crazy, but amazing."

Blachowicz's first defence of his light-heavyweight crown will take place this weekend in the main event of UFC 259 in Las Vegas, where he'll bid to give middleweight champion Israel Adesanya a rude welcome to the division.

The UFC wasted little time in booking the eagerly-anticipated champion-versus-champion bout, reaching out to Blachowicz's management before the belt arrived back in Poland.

Blachowicz said: "When I was on the plane [home], my manager downloaded the wifi on the plane and they sent a message to my manager and asked if I could do a fight against Israel. 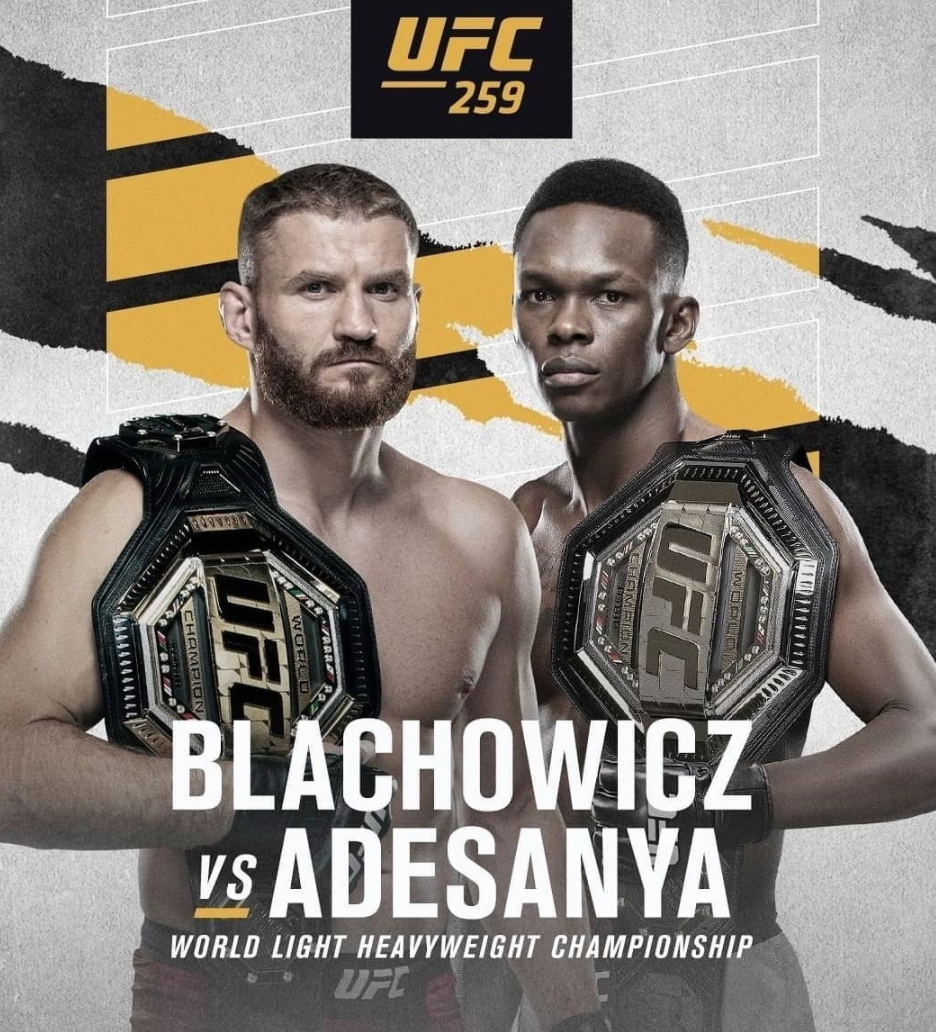 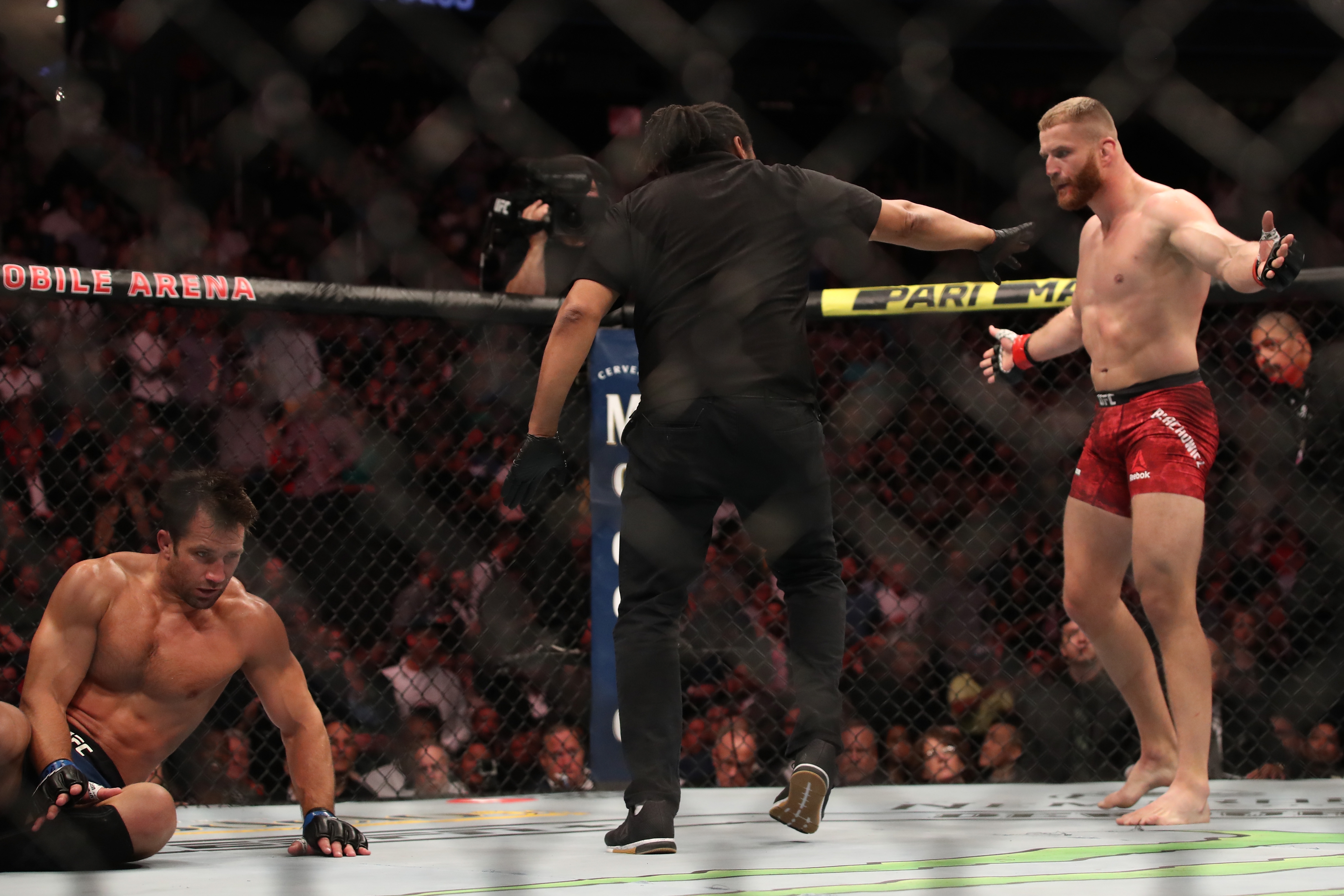 "But they wanted me in December. I said, 'No, December is a bad month for me because my child will be born then.'

Despite being the defending champion, Blachowicz goes into his showdown with the undefeated Adesanya as an underdog.

Underdog status, however, is nothing new for the Pole, who knows a thing or two about beating middleweights who try their luck at light-heavyweight.

Blachowicz, who KO'd former middleweight champ Luke Rockhold in July 2019, said: "I don't care about being the underdog.

"When the door is finally closed, the people who don't do this, they don't matter. Just this (shows his fists). Just me and my opponent."