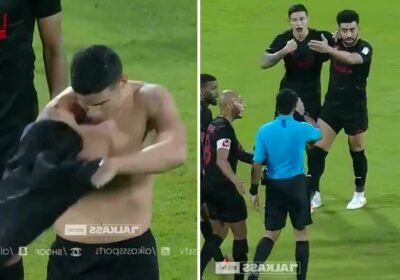 EVERTON fans will be wondering where this show of emotion came from.

James Rodriguez was sent off after losing his rag as new club Al Rayyan went down 2-1 to Al-Arabi in the Qatar Stars League on Saturday. 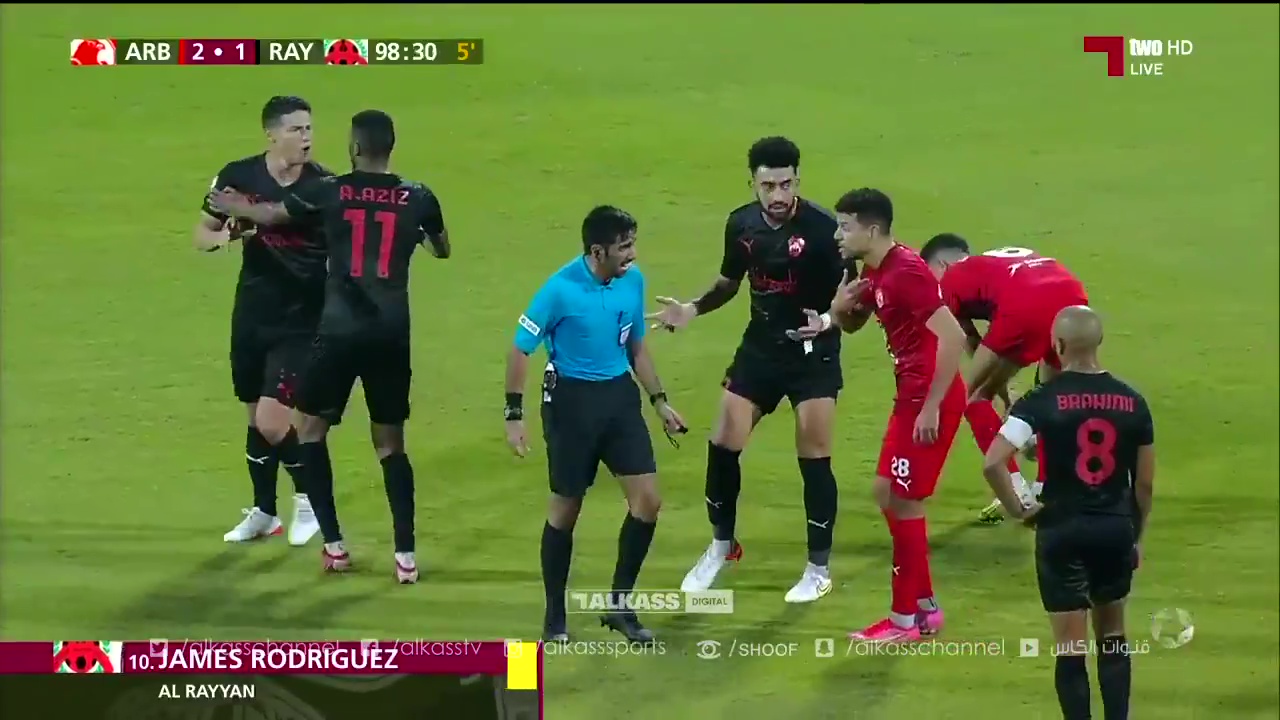 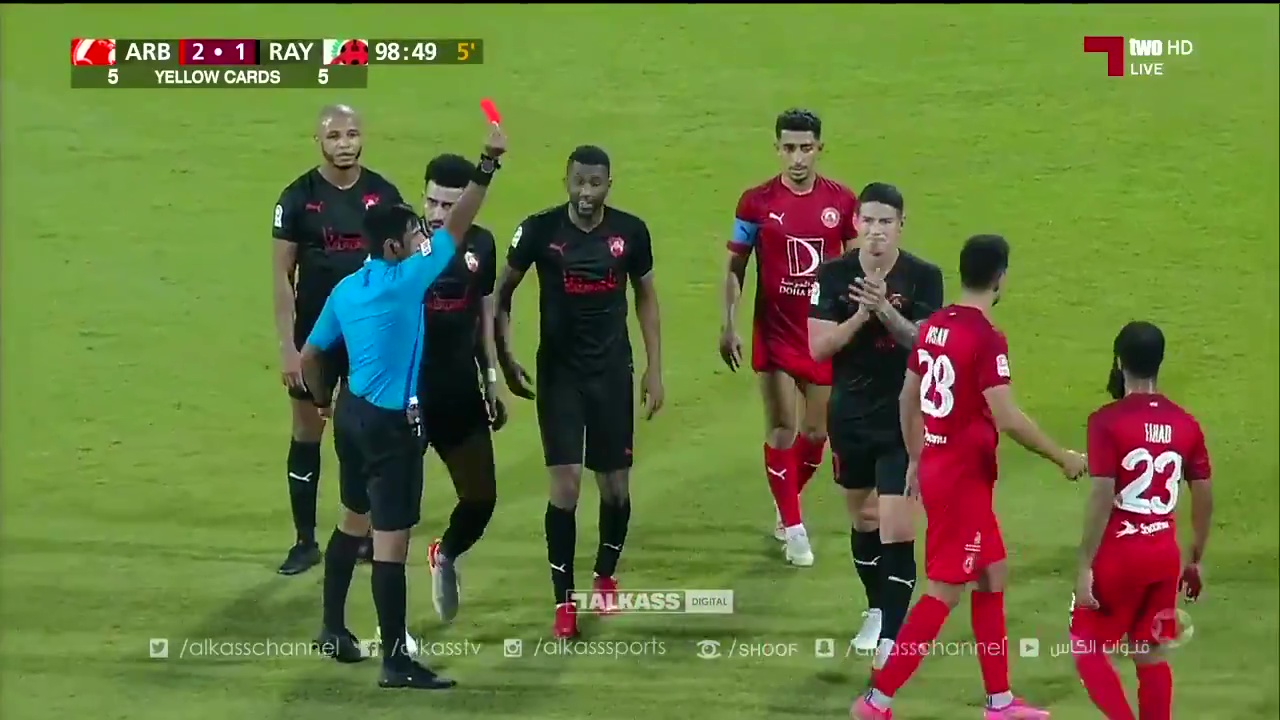 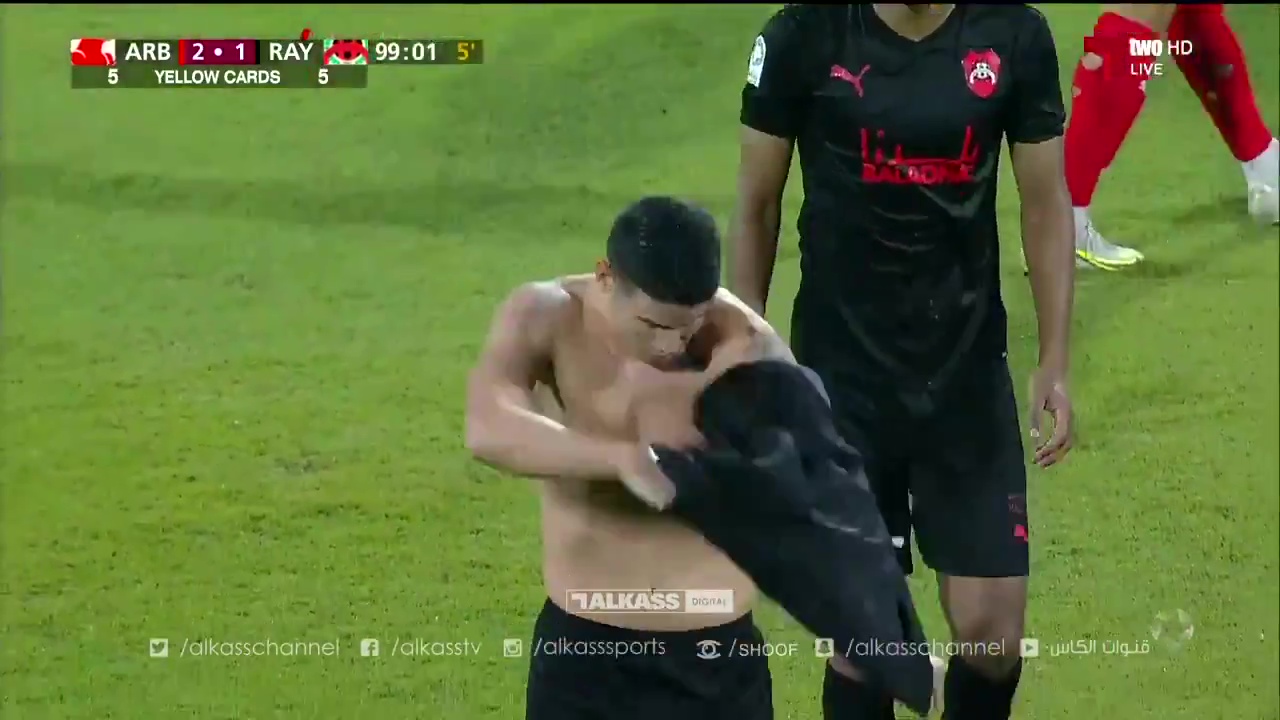 The Colombian forward picked up back-to-back yellows after HE was the victim of a seemingly innocuous foul at Grand Hamad Stadium.

Rodriguez berated the ref despite being awarded the freekick when he was brought down by Al-Arabi’s Aaron Boupendza.

That was enough to earn him his first yellow of the afternoon.

But like a red rag to a bull the booking incensed Rodriguez, who threw off team-mates to confront the ref with a volley of further abuse.

The former Toffees star brushed aside Al Rayyan’s Abdulaziz Hatem and Ahmed Yasser as he charged at the ref.

The official was having none of it and immediately produced a second yellow to send the 30-year-old storming to the stands.

Rodriguez refused to go quietly as he applauded sarcastically before pulling off his shirt as he stalked to the touchline.

The ex-Real Madrid and Bayern Munich playmaker moved to Al Rayyan from Everton in September.

He appeared to lose interest in the club after former boss Carlo Ancelotti headed to Madrid and left Goodison Park without playing a single game in front of fans.

New manager Rafa Benitez had made it clear he was no longer part of his plans, with Rodriguez left to head to Qatar after a Porto move fell through.