Home » Jake Paul responds to challenge from Tyson Fury, half-brother: 'It's quite embarrassing'

Jake Paul responds to challenge from Tyson Fury, half-brother: 'It's quite embarrassing' 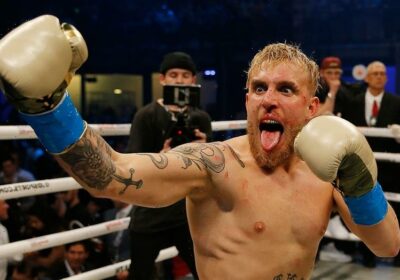 Jake Paul’s notoriety within the sports realm has increased after defeating three consecutive opponents in the boxing ring, including a former UFC fighter, and it seems everybody wants a shot at him next.

Tyson Fury, the current WBC and Ring magazine heavyweight champion, posted a video to his Instagram on Thursday challenging Paul to fight his half-brother Tommy Fury.

“This boxing s—t is in my blood. I don’t play boxing,” the younger Fury said in the clip.

Shaquille O’Neal was also in the video egging on the undefeated Paul to take on Fury.

Paul responded to the challenge on his Instagram Stories.

“It’s the cringe and act of desperation for me,” he wrote.

Tommy Fury is also undefeated like Paul. He’s won five times, with four knockouts. Fury is set to fight against Andy Bishop in England on June 5.

Paul continued his response to the Furys in a video.

“The desperation is seeping through the pores of the Fury family. It’s quite embarrassing. The heavyweight champion of the world is on Instagram talking about Jake Paul begging me to fight his brother!

“Listen Tommy, focus on your fight in a couple of weeks that no one even knows about by the way, this clip will be the biggest promotion for your entire f—king fight.”

Paul then turned to O’Neal.

Paul then added that Tommy Fury should be worried about his girlfriend “sliding” into his messages and then posted a photo of a purposed message from Molly-Mae Hague, who allegedly asked Paul to show her around when she is in the U.S. Hague denied ever sending that message, claiming it was fake.

Paul doesn’t have an opponent just yet for his next fight. While he trains in Puerto Rico, his adviser told ESPN on Thursday that the upstart boxer has a deal with Showtime Sports to broadcast his next fight.