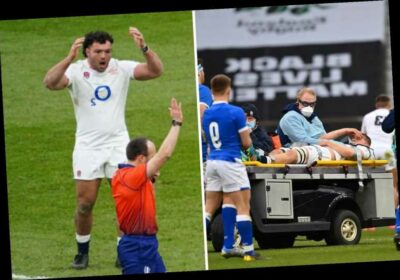 ENGLAND picked up a bonus point against Italy in a match overshadowed by a horrific knee injury to debutant Jack Willis.

The Wasps flanker's knee appeared to give way as he was rolled in a ruck in a moment so graphic that TV broadcasters refused to replay it.

And pictures from the match showed team-mate Ellis Genge looking on in absolute shock as Willis received treatment.