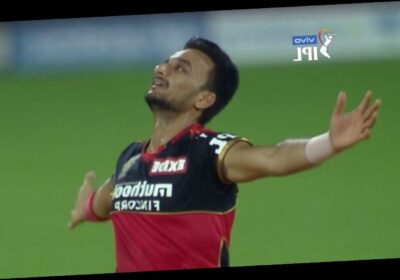 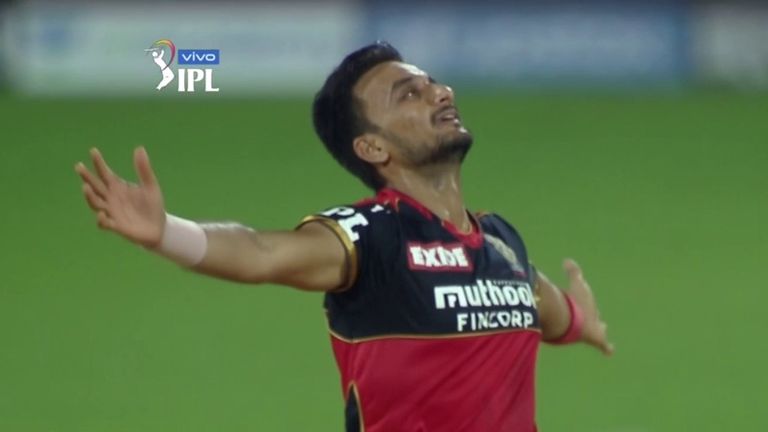 Harshal Patel claimed a five-for and hit the winning run as Royal Challengers Bangalore beat Mumbai Indians in a last-ball thriller in the opening game of IPL 2021.

After Harshal (5-27) had taken three wickets in four balls in the last over of the Mumbai innings, restricting them to 159-9, RCB seemed to be cruising to victory with Virat Kohli (33 from 29 balls) and Glenn Maxwell (39 from 28) at the crease.

However, the two were among four wickets to fall in the space of four overs as defending champions Mumbai hit back before the brilliance of AB de Villiers (48 from 27) swung the game back in favour of Bangalore.

When the South African was run out with RCB still needing two to win from the last two balls, Mumbai were back in contention but Harshal dug out Marco Jansen’s yorker to claim the single his side needed from the final ball and clinch a dramatic two-wicket win.

Mumbai were asked to bat first when Kohli won the toss and they suffered a big blow in the fourth over when a mix-up between the openers resulted in captain Rohit Sharma being run out.

Debutant Chris Lynn was the other batsman involved and the Australian was quick to try and make amends, thumping three big sixes to get the innings moving and adding 70 for the second wicket with Suryakumar Yadav.

However, Kyle Jamieson had Suryakumar (31 from 23) caught behind and Lynn (49 from 35) fell a run short of his half-century as Washington Sundar took a good high catch off his own bowling – a rare high point in the field for RCB as they dropped a number of catches throughout the innings.

Harshal came back to bowl three overs at the death and thrived under the pressure, dismissing dangerous duo Ishan Kishan (28 from 19) and Hardik Pandya (13 from 10) lbw as the Mumbai slowed to a crawl late on.

That was exemplified by the last over in which Harshal had Krunal Pandya (seven from seven) and Kieron Pollard (seven from nine) caught in the deep in successive deliveries before bowling Jansen with a superb slower-ball yorker. The only run from it came last ball and even that brought a wicket as Rahul Chahar was run out trying to steal a second.

RCB experimented with Sundar at the top of the order alongside Kohli but the ploy did not pay off as the left-hander departed in the fourth over for 10 from 16 balls.

Trent Boult dismissed Rajat Patidar (eight from eight) before the powerplay was out but Kohli was going along nicely and Maxwell, promoted over De Villiers, was quickly into his stride as well.

Maxwell hit a pair of towering sixes and RCB seemed to be cruising to victory before Rohit called back his strike-bowler in the 13th over – Jasprit Bumrah promptly trapped Kohli plumb lbw and it was a different game.

OUT OF THE GROUND! 🔥

Jansen (2-28) had Maxwell caught at short fine leg after a ramp-gone-wrong two overs later, Shahbaz Ahmed was gone before the over was out and Bumrah (2-26) had Dan Christian caught at point soon after.

Any momentum that Mumbai had was soon heading in RCB’s direction though, courtesy of De Villiers. The 37-year-old crashed Boult over long off for six as 15 came from the 18th over and then dismissed the threat of Bumrah by taking a pair of boundaries off the fast bowler to leave RCB needing just eight from the last eight balls.

The run out of Jamieson meant it was seven from the final over; De Villiers and Harshal were at the crease and took it down to four from three before one last twist, De Villiers run out coming back for a second after a bullet throw from Krunal.

A leg bye brought Harshal on strike for the last ball from Jansen, the left-armer nailed his yorker but the Harshal got his bat down in time and turned it round the corner to win the game for RCB.

Watch game two of IPL 2021 between Chennai Super Kings and Delhi Capitals from 2.50pm on Saturday on Sky Sports Cricket.