Home » Sport » Inside Tyson Fury's pool party with wife Paris, brother Tommy and pals as he shows off scars of war with Deontay Wilder

Inside Tyson Fury's pool party with wife Paris, brother Tommy and pals as he shows off scars of war with Deontay Wilder 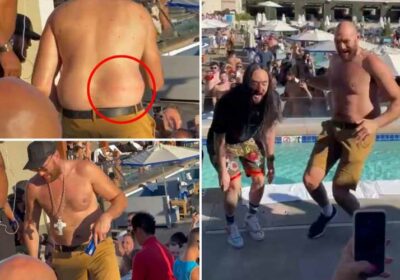 TYSON FURY took his well-earned celebrations to a pool party where he showed off his scars of war with Deontay Wilder. 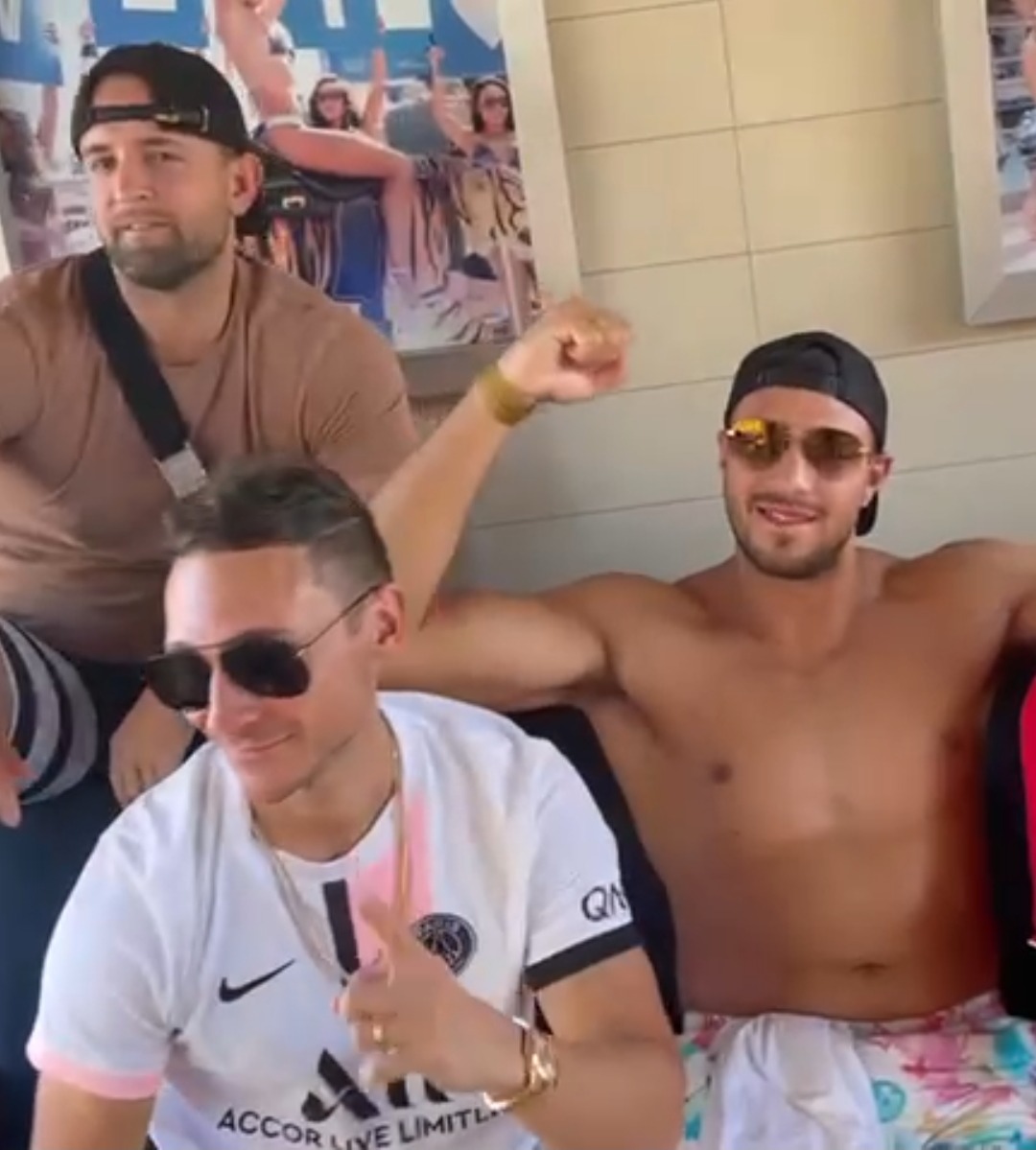 Heavyweight hero Fury partied until 3am in Sin City and was raving on stage with DJ Steve Aoki.

After a private recuperating lunch with wife and mother-of-six Paris, the WBC king arrived at the Wet Republic pool party around 3pm Vegas time.

Wet Republic is a massive pool party complexnext to the MGM Grand with DJs and hot tubs, which hosted a party attended by Prince Harry in 2012.

It was the same place Fury partied at after beating Tom Schwarz in 2019, the day after he made his Vegas debut.

Flanked by his team, the 6ft 9in ace instantly took over the exclusive and extortionate venue, with fans going crazy to see him.

Fellow Travellers had paid thousands to be seated next to Britain's unbeaten icon and crowded around the giant for photos and videos.

Hiding his shaven head under the scorching glare of the Vegas sun in a baseball cap, he dusted off a few dance moves up on his private cabana before settling down.

One picture even showed a mark on Fury's back, with the effects of the trilogy fight there for all to see.

The two-time champion, 33, again won over the hearts of boxing fans for his astonishing display in the ring.

A total of five knockdowns were scored in the fight, three going Fury's way with the other two coming from Wilder, 35, in round four.

But the Gypsy King – who only five years ago quit boxing and ballooned up to almost 30 stone – showcased his never-say-die attitude.

It got him up from the floor twice in the fight, and allowed him to floor Wilder in the tenth before closing the show in the following round.

Wilder played his part too, refusing to stop throwing and even threatening to turn the fight on its head after every right hand he threw.

But Fury, who drew with the former champ in 2018 but won the rematch last year, proved to well and truly have his great rival's number.

In his post-fight afterparty, he told clubbers: “They’ll be talking about this f***ing fight a thousand years from today.

"They’ll say where were you? You were all here with the champ!"

Fury is expected to travel back to England with his family soon, and return to his home in Lancashire.

He already knows the winner between Dillian Whyte, 33, and Otto Wallin, 30, at the end of the month will then be ordered to fight him next. 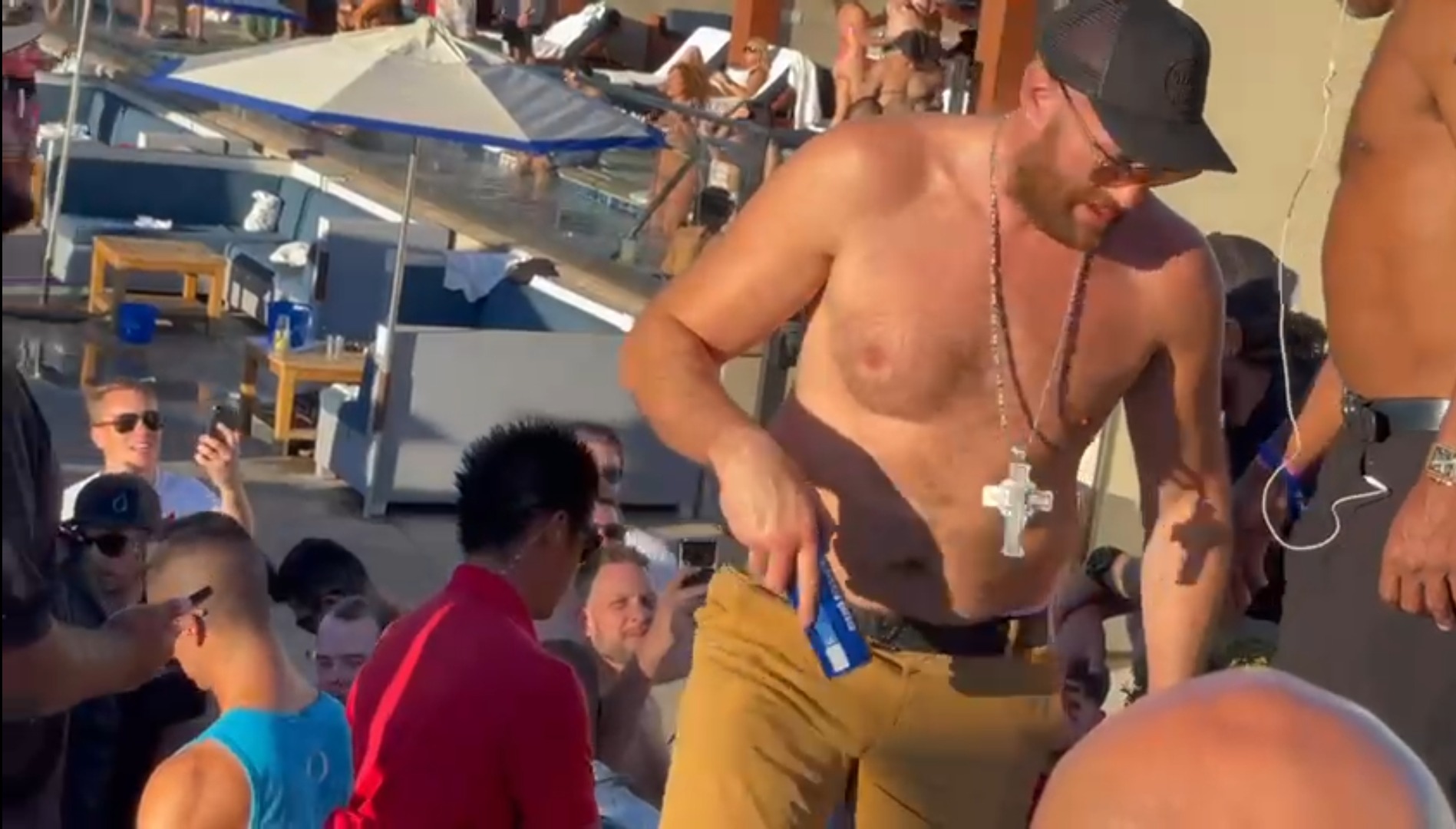 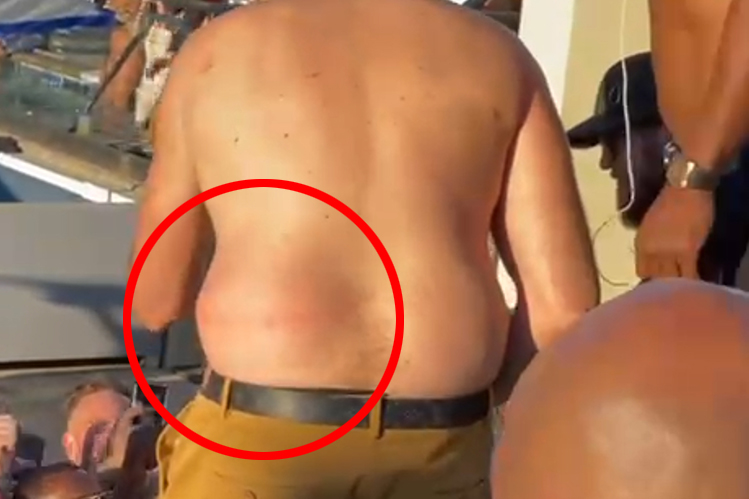