Indians’ Amed Rosario experiment off to a horrendous start 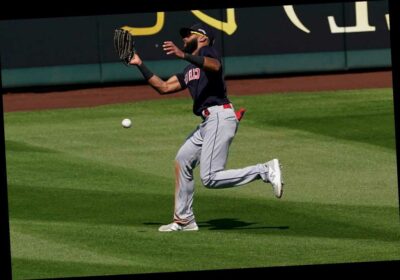 Maybe the Indians should bring back Willie Mays Hayes.

The 25-year-old Rosario, who was dealt by the Mets in the January blockbuster trade for All-Star shortstop Francisco Lindor and pitcher Carlos Carrasco, never appeared in a game in center during his first four major-league seasons in New York.

“I told him before the game, ‘Hey, if you make an error, just blame it on me,’” manager Terry Francona told reporters after the game. “I didn’t get to multiple ones, but I feel the same way. He’s certainly not the finished product and we know that. I thought he kept his head up really well. He wasn’t pouting and he swung the bat really well.”

Rosario managed two singles in Thursday’s game, but he dropped two balls in center field and also made an errant throw to second base, leading to eight unearned runs with AL Cy Young winner Shane Bieber on the mound.

Francona plans to start Andres Gimenez – who also was acquired from the Mets in the Lindor deal – at shortstop.

The Indians are experimenting with Rosario in center field as an option to get his bat in the lineup. He posted a poor .643 OPS over 147 plate appearances last season, but he hit .287 with 15 home runs, 19 stolen bases and a .755 OPS in 2019. The Mets previously discussed the possibility of Rosario playing in the outfield, but it never came to fruition.

“He’s getting a lot thrown at him in a hurry. We knew that. We’ll see how it goes,” Francona said. “We will certainly keep giving him as many balls as we can in practice. We don’t want to hurt him. The hope would be as the game slows down, [he’ll relax]

“The game is going fast because he’s at different position. If there is a point where it doesn’t work, I wouldn’t say it’s because of [Thursday’s game].”