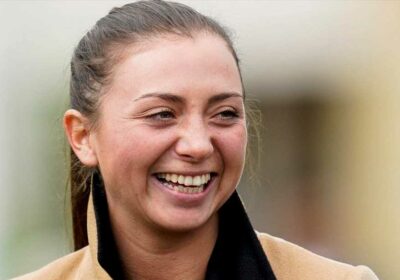 FRODON put me on cloud nine last week, but I would have liked to come back down to earth a bit quicker than we did.

That was nothing to do with the race at Down Royal — I’ll come to that in a minute — but the flight home, which was certainly different. 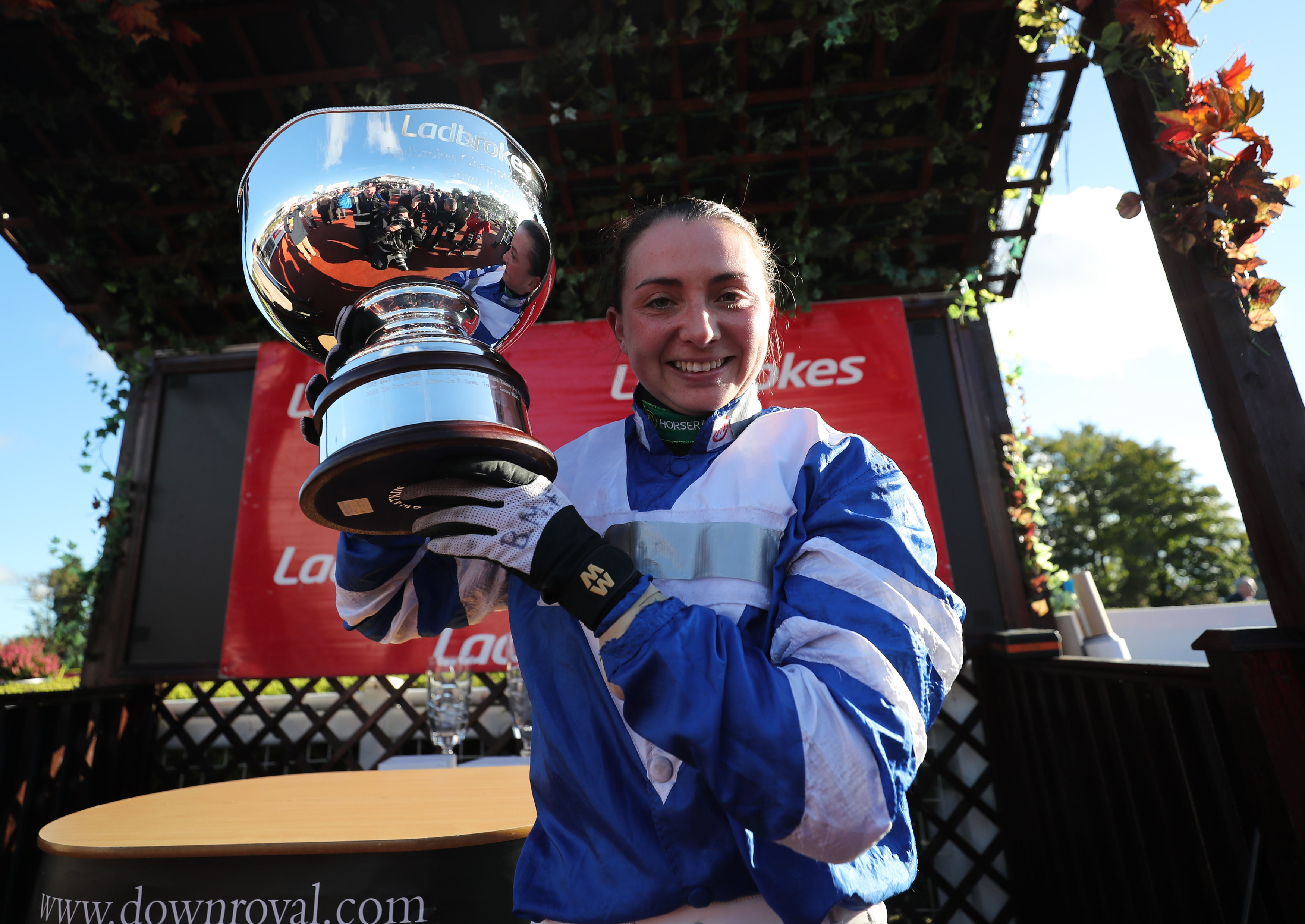 Strong winds meant we were stuck above Luton airport being blown around for half an hour. It was very stormy.

Kids were crying, people were being sick and when we eventually landed everyone clapped and cheered!

I was thinking ‘if you’re going to go, Bryony, at least you’ll go happy!’

Although fortunately I’m not someone who gets their feathers too ruffled, which can be a bit concerning I suppose with some near-misses.

I just had my earphones in, sitting there half asleep, with my head banging off the wall as I was nodding off.

Then I met Bob, who was taking me to Huntingdon, we got stuck in traffic on the way and had two non-runners!

So it was only later that night when I got a chance to sit down and think ‘that was a hell of a weekend.’

And then I rode a winner down at Plumpton on Monday as well.

But winning the Down Royal Champion Chase on Frodon was just epic . . . if I could bottle that feeling, I’d happily live off that for the rest of my life.

I knew he was in great heart because when I took him for a leg stretch in the morning, he spun a 360 six times before we got in the position I wanted to set off for a canter.

First time at the track, working out the speed sections, being in a totally different environment on your favourite horse — it was something you’d write but usually reality gets in the way. Not this day!

He ran away with me going to the start, was really boisterous, and as soon as we jumped off I had a  smile.

He got in tight a few times, which is not like him, but the fences there have a bigger belly — they’re more rounded in front — and we needed to work out our distance strides to get the right take-off point.

When they were swamping us I did think ‘oh no, have I overdone you, have you nothing left to give?’

But Frode is so intelligent, we rode for all our worth and suddenly there were no more heads eyeballing us any more.

You believe you can achieve anything with him. It’s the first time I have heard the roar of the crowd — it was like thunder under our feet.

This one was a different feeling to any other. Being out there, winning in Ireland, against that field, you knew you had to be the best — it just gave me a different kind of kick.

It was probably because it was so awesome to feel the love they had for him over there. They just appreciated the talent and determination they were seeing.

The Irish are formidable, it was a huge challenge and we pulled it off. And you can’t even say he has reached the pinnacle because he keeps on leaving you saying “Frodon, just how?!”

It’s because he has an unbelievable team behind him and I am just privileged to be the last piece of the puzzle.

Every member of the team aced what they had to do. I was the little piece of armour to put things together on the track, and I managed to do that.

To come back into the winner’s enclosure with people buzzing like bees, to greet Mr Vogt and his family and pass their warrior back for them to pat and congratulate . . . It’s a memory that will never fade.

It’s certainly been a hectic time, and today I’m off to Wincanton for a couple, starting with GALA DE CORTON (1.15) in the novice hurdle.

As his name suggests, he’s a half-brother to my old friend Black Corton and pretty similar, although Gala is a bit bigger.

Then I’m on CHRISTOPHER WOOD (3.35) in the Elite Hurdle. It’s a tough race but he’s a hardened, seasoned pro.

We toyed with the idea of fences for him, but he didn’t enjoy that, so we’ve reverted back to what he loves best and we’ll see how he goes.