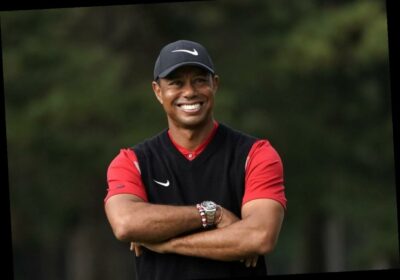 Tiger Woods has been tipped to make a return to the fairways and make it back on to the PGA Tour by a former professional turned surgeon.

The 15-time major champion was involved in a serious car crash on Tuesday, which forced him to undergo surgery for “significant orthopaedic injuries” to his right leg, including “comminuted open fractures affecting both the upper and lower portions of the tibia and fibula bones” and “additional injuries to the bones of the foot and ankle.”

Woods, who also experienced “trauma to the muscle and soft-tissue of the leg”, faces an uphill battle at 45 years of age to play professional golf again, but orthopedic surgeon Dr. Bill Mallon, who played at the US Open in 1977, is bullish about the chances of seeing the sport’s biggest star tee it up on Tour again.

“I think Tiger can play golf again,” Dr. Mallon told Insider. “And assuming he plays golf again — meaning he doesn’t get an infection or severe arthritis in that ankle — I think he can return to the Tour.

“Tiger had an open fracture, which means that the bone came through the skin. Theoretically, that means that’s a contaminated fracture now because it’s not within the body’s tissue envelope. And when that occurs, the risk of infection is higher than on a closed fracture.

Dr. Mallon admitted it was a relief that Woods, a right-handed golfer, injured his right ankle, as opposed to his left, given the additional torque the left ankle and left knee absorb through the golf swing.

While almost impossible to return to his very best, Dr. Mallon believes Woods “may get to 98, 99 per cent” of what he once was.