CALLUM HUDSON-ODOI is back in first-team training with Chelsea in what is a timely boost for struggling boss Frank Lampard.

The England winger, 18, has not played since April 22 after suffering an Achilles injury against Burnley. 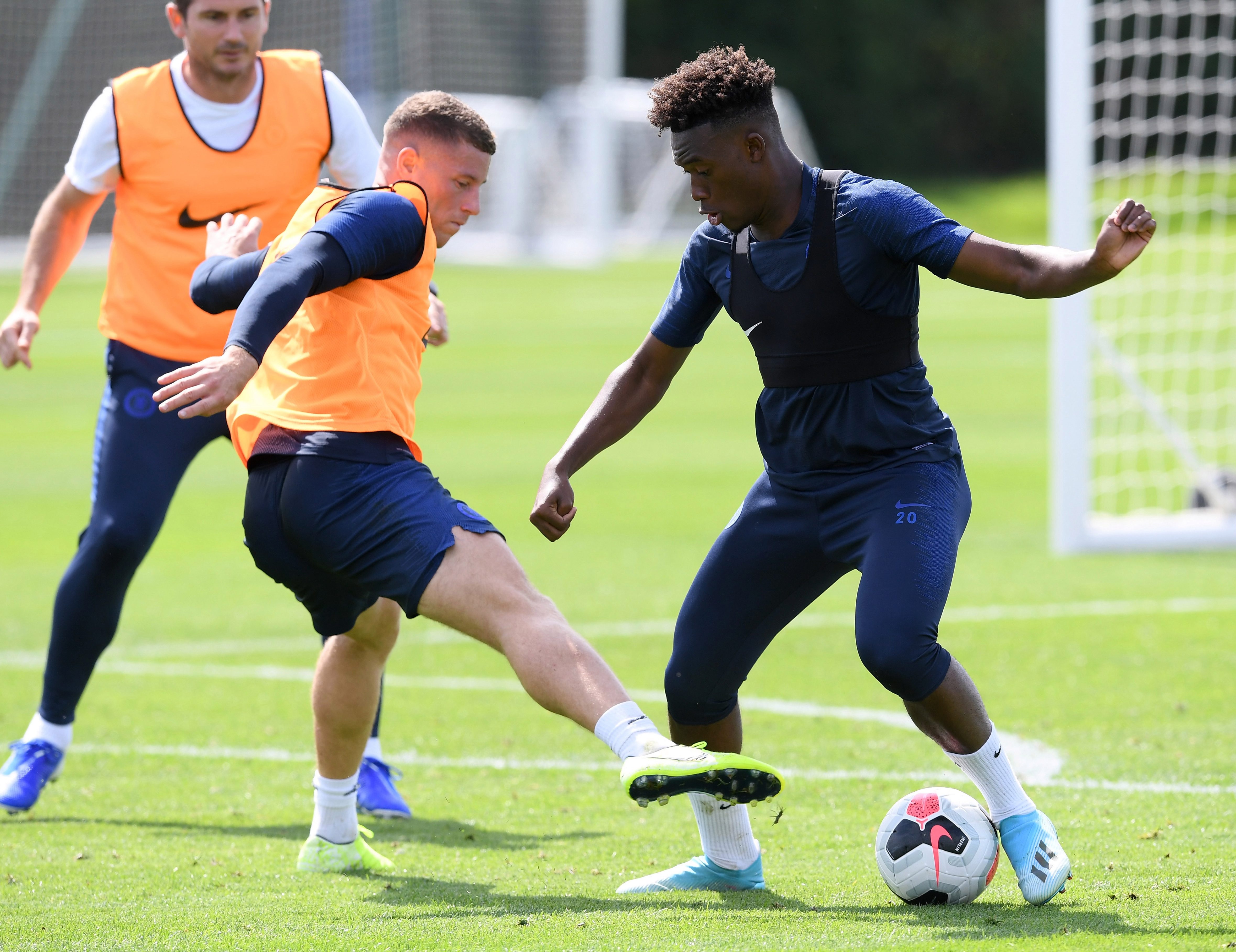 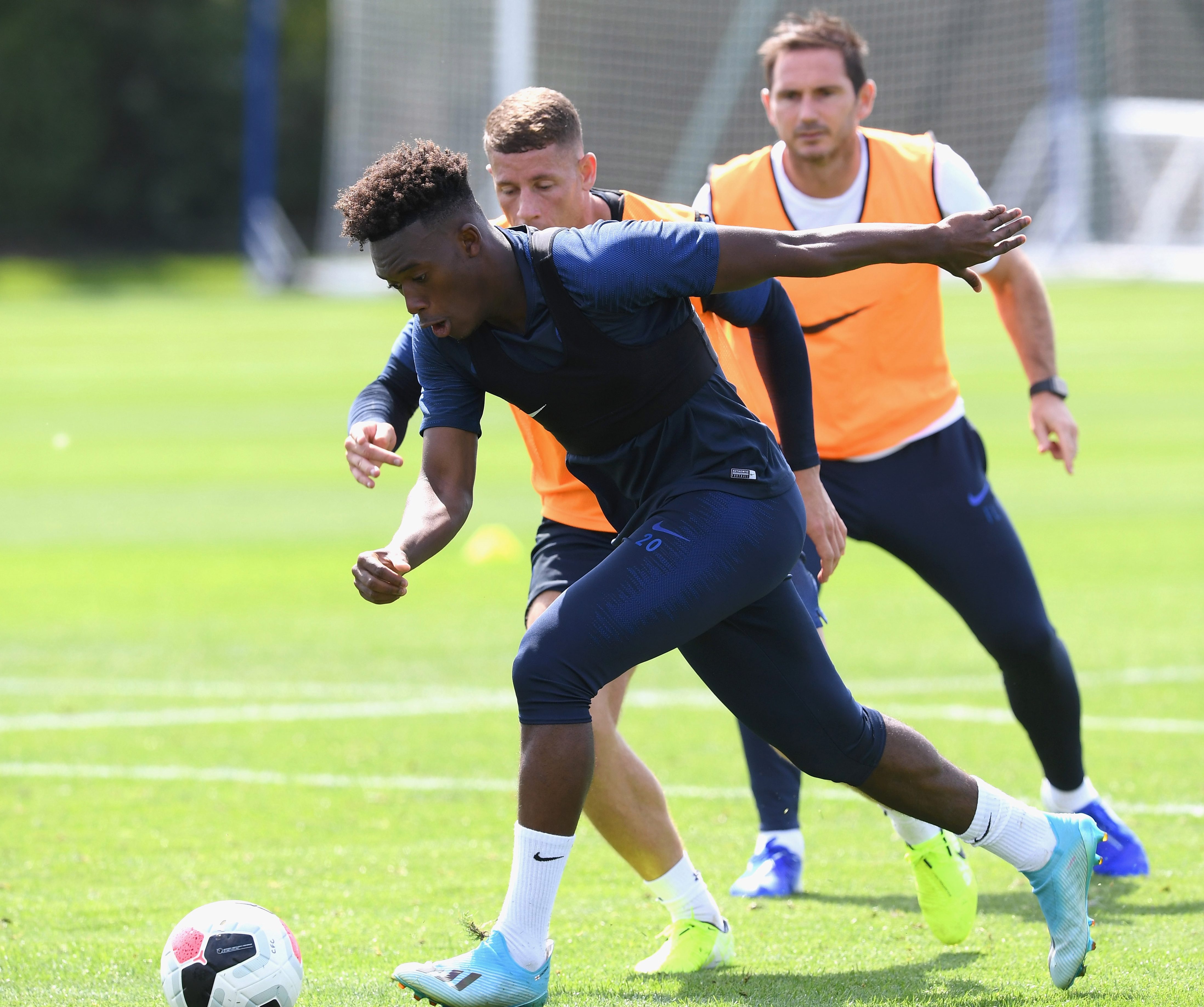 But after taking part in training with the Under-23s in recent weeks, Hudson-Odoi has now teamed up with the first team once again at Cobham.

Chelsea tweeted a series of photos of the youngster getting stuck in during training.

He replied: "Let's go," following up his "I'm backkkkkk" tweet from August 9.

Hudson-Odoi is expected to return to competitive action with the Blues next month.

And that will no doubt be welcome news for Lampard.

The new boss is without a win after three games in charge.

Chelsea began their season with a 4-0 thumping away at Manchester United before losing the Super Cup to Liverpool on penalties.

This weekend, despite a strong start and Mason Mount's first Premier League goal, they were pegged back by Leicester to draw 1-1 at home.

Pedro and Christian Pulisic started either side of Olivier Giroud on Sunday, with Willian coming off the bench.

But the return of Hudson-Odoi will add further firepower to an attack that has struggled to cause too much trouble for opposition defences just yet this season.

"He’s trained the last week or two with the Under-23s and is looking good. There is going to be a period of conditioning work for him.

"The injury looks good which is the great news. Then he’s going to have to be fitter than he’s ever been because I’m going to want him to run!"

When asked when he thinks the England international will be back, Lampard added: "Probably next month considering the international break maybe falling at a good time for us. 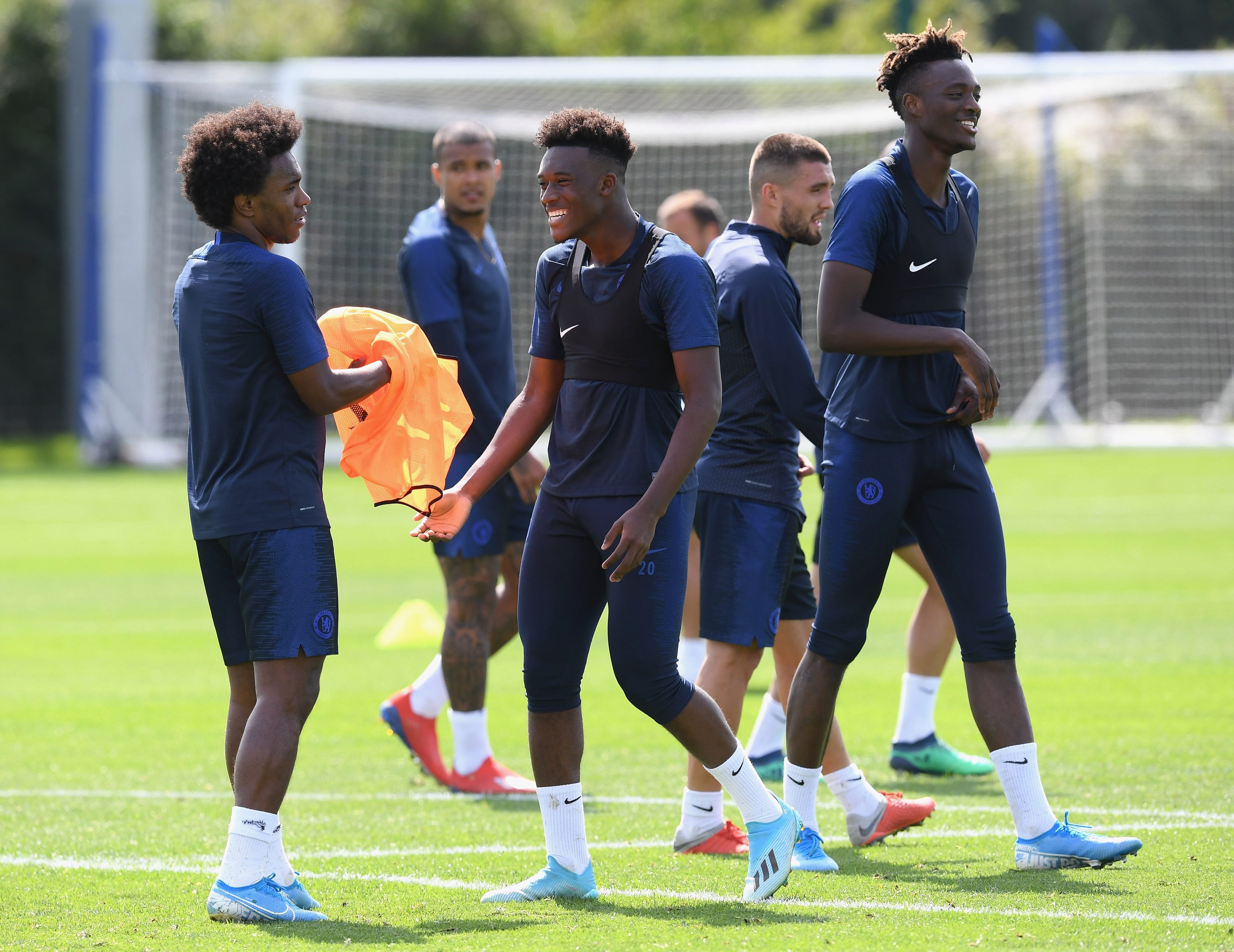 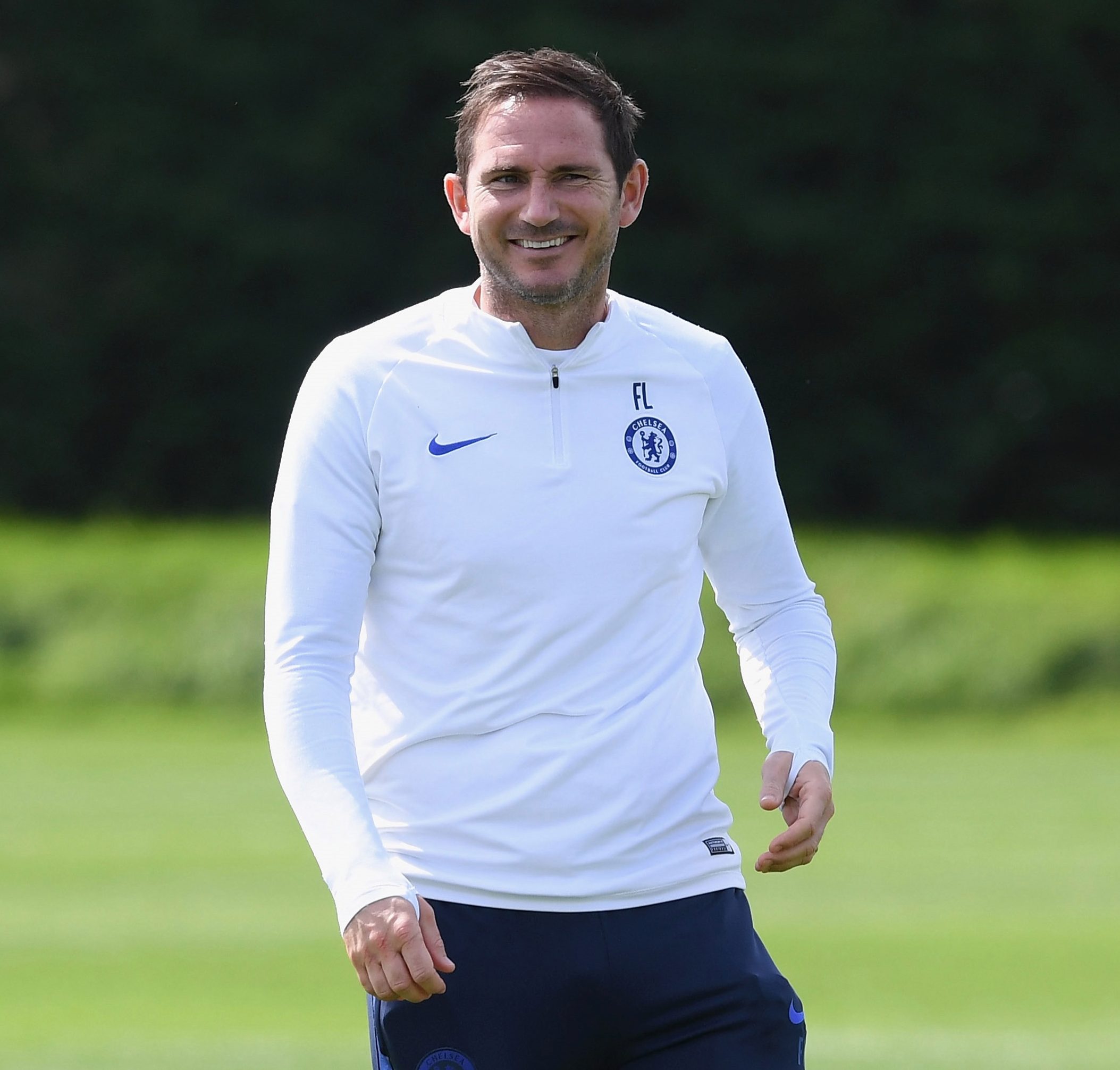 "It gives us a couple of weeks to really see how he’s getting on with the conditioning training. It’s good news for us."

The winger, though, is yet to put pen to paper on a new contract at Stamford Bridge.

After being wanted by Bayern Munich earlier this year, the Englishman was determined to get his move but ended up staying, in part due to Chelsea's transfer ban. 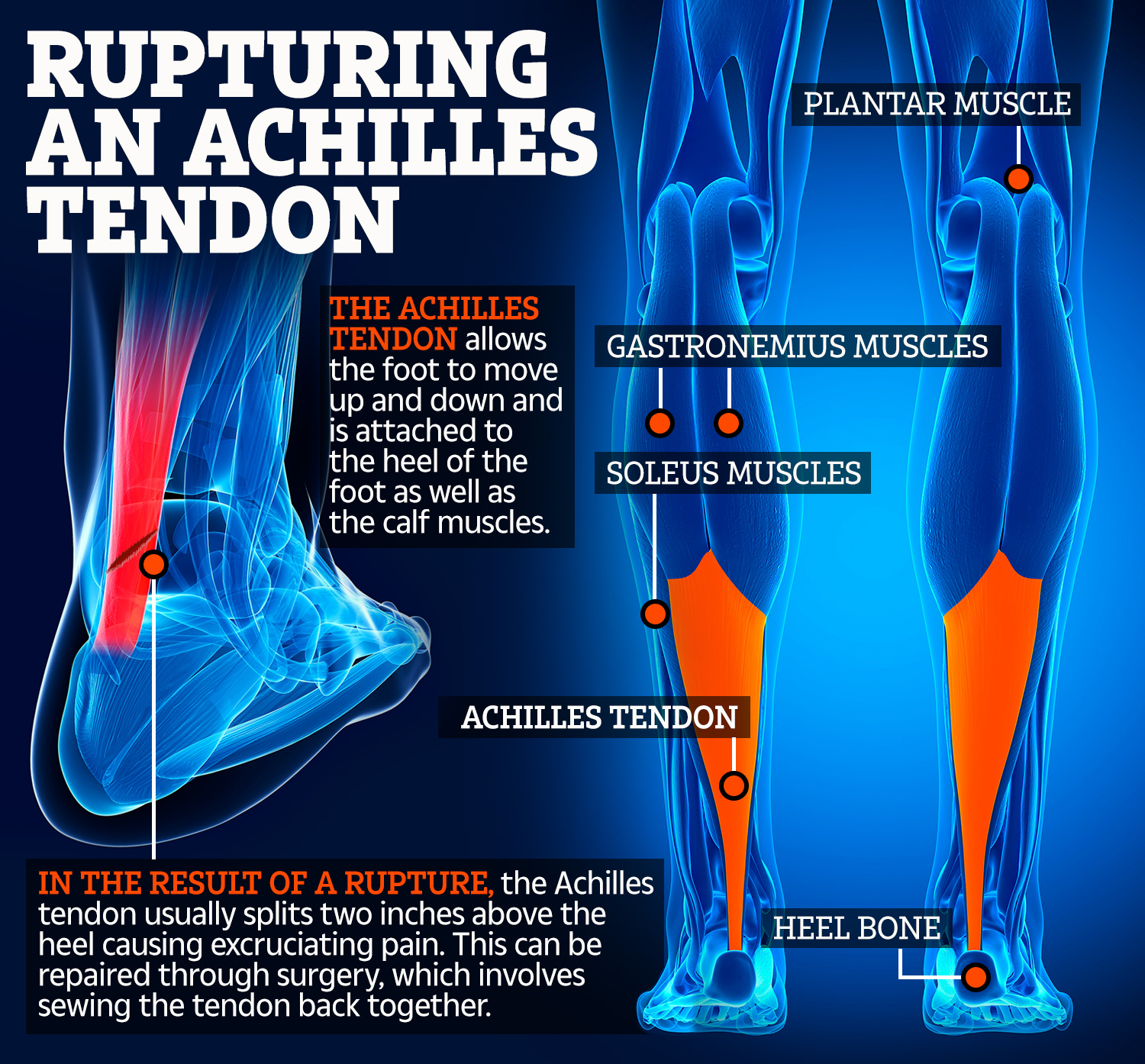