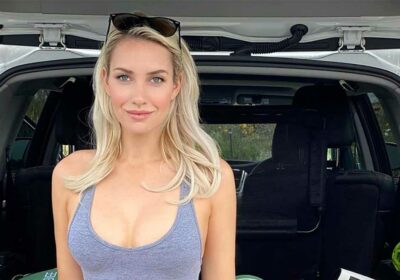 It appears “following” Paige Spiranac on social media isn’t enough for some.

During Tuesday’s episode of her “Playing A Round” podcast, the 28-year-old influencer addressed recent headlines surrounding the top-ranked New Jersey golf club, Pine Valley, and its decision to admit female members after only allowing women to play the course on Sunday afternoons. Spiranac then referenced the news to the vastly different greetings she’s received at exclusive courses.

“I’ve literally been on country clubs where guys are using range-finders to look at me from two fairways over,” Spiranac alleged. “And I’ve had people, like, I’ll walk on, and they’re like, ‘Who let the cart girl out to play?’”

Spiranac, who has opened up about past temper tantrums on the course, added how some exclusive clubs don’t always welcome guests with open arms.

Last week, Pine Valley club president Jim Davis spoke of the historic decision in an email, according to Golf.com, stating: “I am convinced this change puts us on the right side of history.”

As for Spiranac, while she has the adoration of her devoted fan base, she’s previously discussed feeling ostracized by the golf community over her wardrobe.