How a woman punching a horse changed an Olympic sport 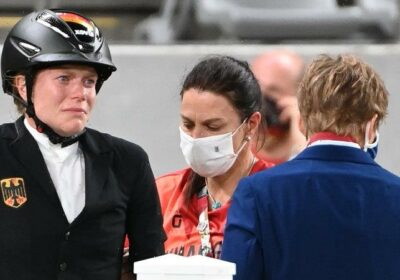 Since its creation more than a century ago, modern pentathlon has always required its champions to be great at five things: running, swimming, shooting, fencing and horseback riding.

But now one of the points of the pentagon is changing: Horseback riding will be replaced by obstacle course racing, the sport’s international federation announced Monday. The decision was prompted in part because of animal welfare (and public relations) concerns, but not every athlete is enthusiastic about the change. 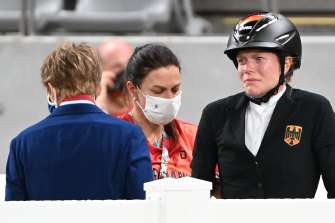 Obstacle racing will be a far cry from the stately sport of equestrian, in which neatly dressed athletes and their horses sail over barriers. Obstacle races include tasks like climbing ropes, swinging from rings and monkey bars, clambering over earthen mounds and carrying heavy sacks.

Federation officials said the change would modernise and “supercharge” the sport.

Though modern pentathlon’s place is usually in the background of the sports world, it has a long history, especially at the Olympic Games. Modern pentathlon joined the Olympic program in 1912, with the current disciplines chosen to represent the skills required of a military cavalry officer. Its history unexpectedly includes George S Patton, who competed for the United States in 1912, finishing fifth. (He was let down by a 21st-place ranking in the shooting event.)

But the sport endured a black eye in Tokyo when a German coach, Kim Raisner, was captured on video punching a horse that had refused to jump. The German rider of the horse, Annika Schleu, was also accused of whipping the horse excessively. Raisner was sent home from the Games.

The incident was the trigger for the pentathlon federation to move on from riding. 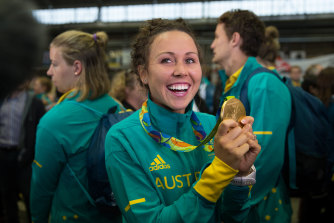 Early reports had suggested that cycling was a strong contender to replace horse jumping. But the federation worked to play down those suggestions immediately, wary of stepping on the turf of another federation — notably cycling or triathlon, the latter of which includes a cycling element. Instead, modern pentathlon chose a sport not currently affiliated with the Olympics at all.

Not every pentathlete is delighted with the push for change. Most have spent years, after all, honing their equestrian skills, only to be told that they now will have to learn an unfamiliar sport, perhaps one they are unsuited to.

A group of pentathletes, including Joe Choong, the British gold medallist from last year’s Tokyo Games, wrote a letter to the International Olympic Committee objecting to the move. The group members say the overwhelming majority of pentathletes want equestrian “reformed, not removed.” They also said athletes were barely consulted about the decision. The federation said athletes played “a central role in this process.”

This is not modern pentathlon’s first existential challenge: its place in the Olympics has been under threat for years because of its relative unpopularity with the sports fans of today, particularly the younger ones coveted by the IOC and its broadcast partners.

The sport has been forced to change in the past. Competition at the Olympics, once a five-day affair, was reduced to a single day in 1996. Then running and shooting were combined into one event in 2012.

Now plans are under way to squeeze the whole event into an even shorter window in 2024 in Paris, perhaps as little as 90 minutes.

The sport’s inclusion in the 2028 Olympics and beyond is not guaranteed. Its fans will be hoping a happy resolution of the dispute will also increase its popularity and keep it going for another century.