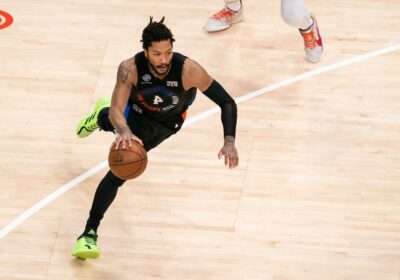 The veteran Knicks guard surprisingly received a first-place vote in the 2020-21 award voting, account for all 10 of his points in the standings. That vote reportedly came via consensus fan vote, according to the Associated Press.

Rose was not the lone Knicks forward to get some love. Most Improved Player Julius Randle earned 20 total points with a third-place vote, five fourth-place votes and nine fifth-place tallies.

Nets star James Harden was the only member of Brooklyn’s Big 3 to get some recognition among voters, finishing with a single fifth-place vote.